Being a smartphone manufacturer is no cakewalk these days as getting the audience to notice your product in a highly saturated market is no easy feat. We’ve seen companies bank on waterproofing and shatter-proof displays to set their products apart. With the market mostly tapped out by big-name brands and the influx of Chinese players, new manufactures have been branching out to other niche audiences in the hopes to widen their reach.

Cat phones recently made its entry into India with the launch of the Cat S60 – a rugged Android smartphone which is the first in the world to have a built-in thermal camera. Rugged smartphones aren’t exactly new as we currently have some toughened counterparts of common models like the Samsung Galaxy S7 Active. Sadly, these phones rarely make it to India, but now, you can get your hands on what’s possibly the most rugged smartphone currently in the Indian market.

Naturally, it commands a hefty premium, as is the case with most niche products. But leaving aside the fancy camera and tank-like durability, does it qualify as a good, modern smartphone? We find out.

The S60 doesn’t look anything like the smartphones you’re used to seeing. The switches on the front, chunky flaps on the side, and a weird bump on the top easily grabbed eyeballs whenever we were using it. The inevitable question always was, “what is it?”. The S60 is fat and chunky on purpose, as the outer body uses a strengthened die-cast frame and the oversized buttons and flaps are intended to make it easy to use with gloves. Surprisingly, it doesn’t feel too heavy even though it weighs around 223 grams.

There are physical navigation buttons on the front for Back, Home and Recent Apps, which have good feedback. There are toggle switches near the earpiece and speaker at the bottom which can be flipped to select the level of waterproofing you need. The S60 is IP68 certified and it can be used underwater up to a depth of 5 meters for an hour, which is quite impressive. Flipping the physical switches to 5 meters shuts off the speaker. If the S60 is immersed in water for longer than a few seconds, a warning message pops up asking you to use the Speaker Dry app, which uses a series of low and high frequency vibrations to expel residual water from the speaker cavities. 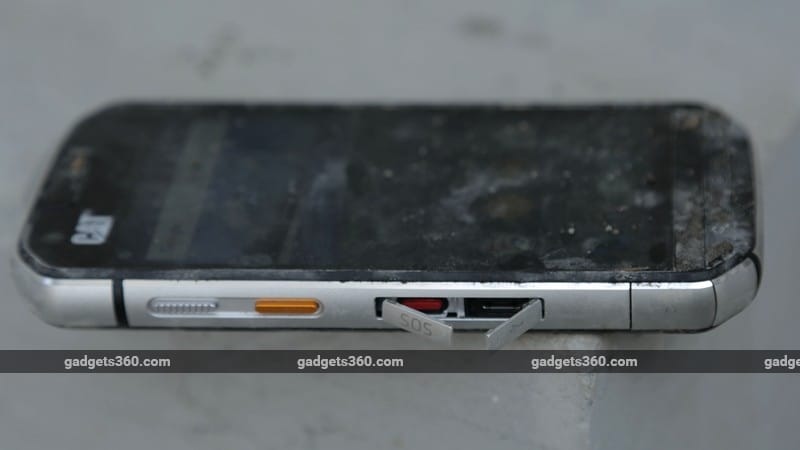 Waterproofing aside, the S60 can withstand drops from up to six feet and has passed military grade certification (MIL Spec 810G), making it shockproof and freezeproof. We did toss the S60 around and dunked it in water, and as expected, it survived without a scratch. While we didn’t go to extremes, we’ll take the company's word for its durability.

The display can be used with wet fingers and with gloves, both of which worked well. The 4.7-inch HD panel offers good touch response. Brightness is exceptionally good, and the display carries a rating of 540nits. Last but not least, you get Gorilla Glass 4 for more durability. Viewing angles are decent, but the colour temperature of the screen is on the cooler side and sadly, cannot be adjusted. The volume buttons are on the left while the power button is on the right.

The Cat S60 has a programmable key below the power button which can be used as a Push-to-talk button. In this mode, it fires up the Zello app so you can use the phone as a walkie-talkie. Alternately, you can use it to launch different apps with a long and short press. There’s also an option to enable an ‘underwater mode’ in the Settings app, which disables touch input and activates the camera, so you can take photos underwater using the volume key. There’s a dedicated SOS button, which can send your coordinates to select contacts. 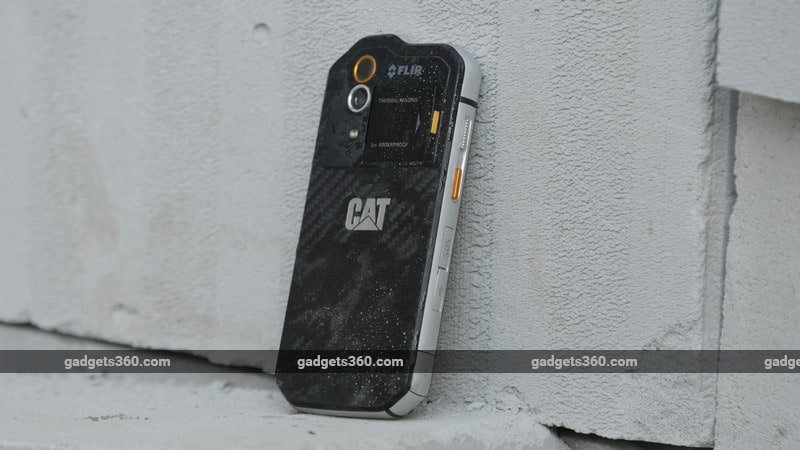 The Micro-USB port and headphones socket are covered by flaps. The S60 has a carbon fibre back with a flap covering the two Nano SIM slots and dedicated slot for a microSD card. Here, we also have the main camera and the thermal camera along with the single-LED flash. The phone ships with a pretty standard-looking power adapter and data cable. The 10W charger does support Qualcomm’s Quick Charge 2.0 standard. There’s also a bundled screen guard.

For a phone of this calibre and cost, we were expecting a beefier SoC than the Qualcomm Snapdragon 617, which is generally seen in mainstream smartphones. It’s still capable when it comes to multitasking and running through regular apps. You also get 3GB of RAM and 32GB of storage, which are decent enough. 4G works well and the phone also supports VoLTE. Other specifications include dual-band Wi-Fi b/g/n, Bluetooth 4.1, USB-OTG, NFC, FM radio, GPS, and the usual suite of sensors. Although the specifications on the website don't specifically mention features like a barometer and gyroscope, diagnostic apps did seem to detect them. 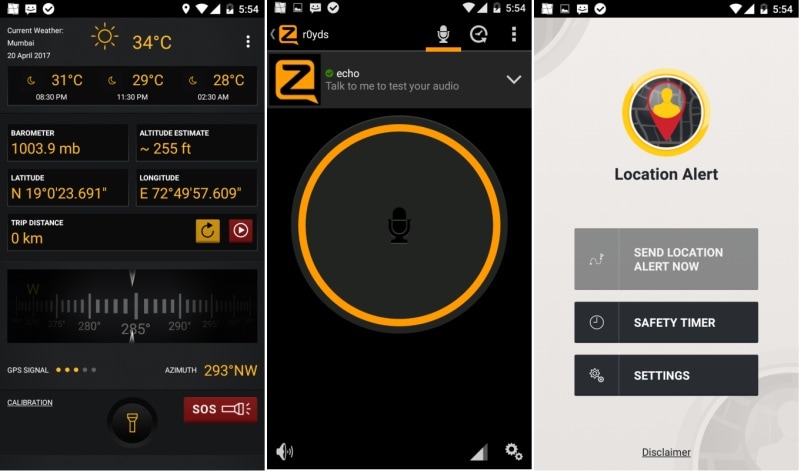 For software, the Cat S60 doesn’t have the latest and greatest version of Android but at least you get a near-stock version of Android Marshmallow. Google’s native apps are used to handle most tasks here. You get some third-party apps like AVG Antivirus, File Commander, OfficeSuite and Zello, which is a walkie-talkie app that uses Wi-Fi or mobile data to send voice messages. There are some apps from Cat itself, like Hike, which is perfect for mountaineers or hikers looking too keep track of things like air pressure level, altitude, temperature and compass orientation, in an easy to read format.

App Toolbox is a custom app store that shows you curated apps in different categories including construction, sports, farming, etc. Mobile Assistant is powered by IBM Watson and lets you type or ask queries about the phone, which works fairly well for basic questions. The S60 also supports Waves MaxxAudio enhancement, which helps boost the volume level from the speakers.

As an Android smartphone, the Cat S60 does a pretty good job. It doesn’t heat up much when stressed, and call quality is pretty good too. The phone functions like any other mainstream smartphone with similar specifications, so it’s nice to see that functionality hasn’t been compromised in favour of toughening up the phone. Media playback is pretty good too although the resolution is limited to 1080p. The outer body also holds up well against nicks and scratches, despite our deliberate rough usage. 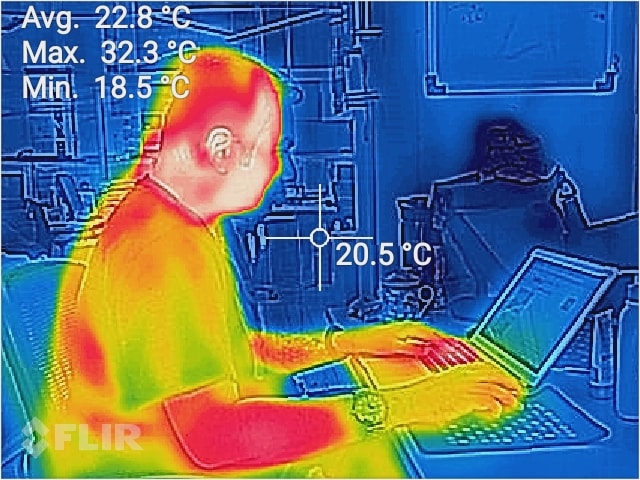 The thermal camera is made by FLIR, and a company spokesperson tells us that the module used in the S60 has very similar specifications to the FLIR C2, which is the company’s entry-level standalone thermal camera. There’s a dedicated app for the thermal camera which gives you options such as changeable palettes, the ability to view and record spot temperatures, and the minimum, maximum and average temperatures of the scene.

The app lets you record still pictures, videos, timelapses and panoramas. We noticed quite a bit of lag when panning around, as the live view doesn’t seem to refresh quickly enough. Another issue was that thermal imaging and the actual image don’t always line up properly, forcing you re-calibrate the app every now and then. The use case for such a feature is best for professionals working in environments in which the right temperature constantly needs to be checked an maintained. This could include fire services, or field engineers who would need to check insulation of a building for instance. 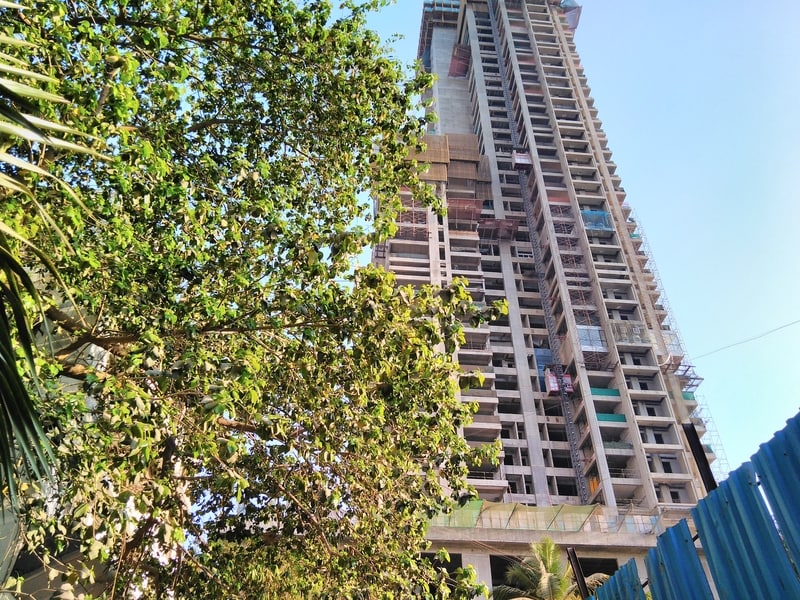 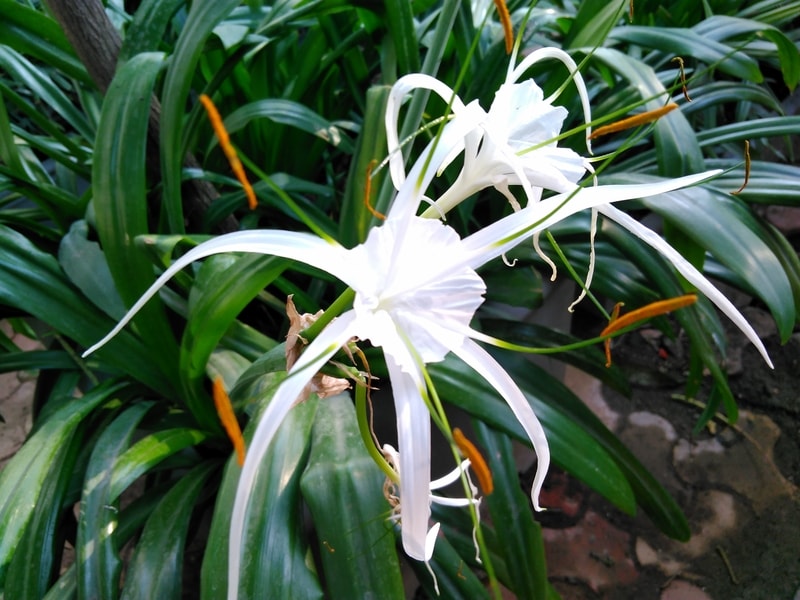 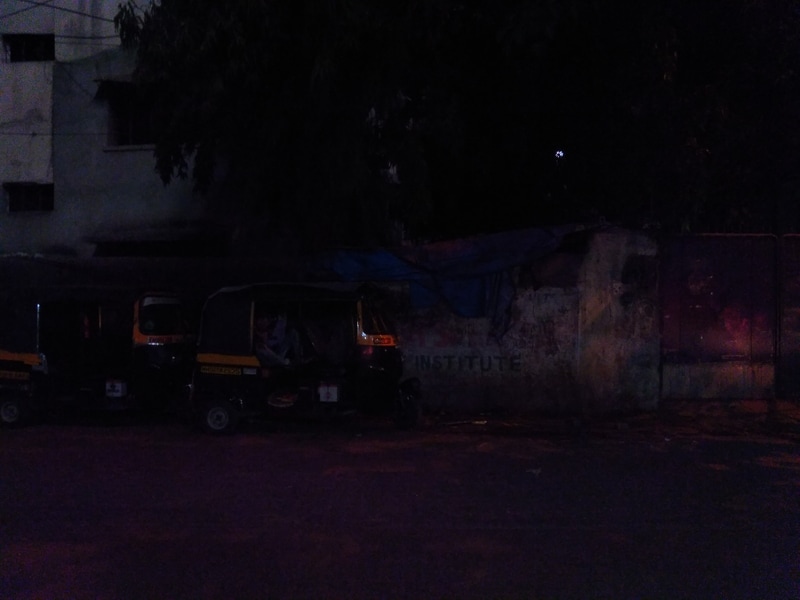 The main camera features a 13-megapixel sensor. There’s no PDAF so getting the camera to focus takes time, which often results in blurry shots if you’re not careful. Scene selection can be done automatically or you can set it manually if you prefer. The Settings icon lets you change various properties like picture size, quality, continuous shooting, face detection and basic adjustments to ISO and exposure. Daylight shots often end up looking overexposed, finer details have an over sharpened look, and the colours are quite exaggerated. The quality of recorded video is strictly average too, and the resolution tops out at 1080p. The front-facing 5-megapixel camera isn’t the best for selfies as images have lots of colour noise if you're not shooting in daylight.

Battery life is slightly above average, and we managed to squeeze out a full day’s worth of regular use. Continuous use of the thermal camera will drop this down. 3800mAh is a good battery capacity, but our HD video loop test didn't go as well as expected, and we managed a runtime of just 9 hours and 28 minutes. Verdict
The Cat S60 is not designed for the average consumer. More than individuals, it’s organisations and the service industry that might find true benefits from such a smartphone. The phone is available at certain offline stores and via Amazon at Rs. 64,999. It is distributed in India by Brandeyes, who’s the sole distributor for Bullitt Group in India. The phone ships with a 1 year warranty and after sales service will be handled by B2X.

Overall, the Cat S60 handles smartphone duties pretty well but we can’t help but feel that it’s underpowered for a smartphone that you probably won’t be upgrading anytime soon. We wish the phone had better cameras and battery life. The thermal camera is a very cool addition to an already impressive list of fortifications against the elements. However, if your work or leisure activities take you to unforgiving environments, then the Cat S60 might be worth the investment.