Share on Facebook Tweet Snapchat Share Reddit Email Comment
BlackBerry Z10 is the first phone based on the brand new BlackBerry 10 platform Review. The phone comes with an all-touch experience, instead of a QWERTY keyboard usually associated with BlackBerrys. So do the new hardware and software combine to deliver a stellar smartphone experience? Let's find out.

Build/ Design
BlackBerry Z10 is unlikely to invoke any strong reactions at first glance. The phone bears a pretty straightforward rectangular with curved-corners design that you'll neither hate nor find yourself falling head over heels for. Considering BlackBerry 10 represents a huge software makeover, one might've expected some bold (pun intended) moves in the design department as well, but BlackBerry seems to have decided to go with a design that is unlikely to alienate anyone.

That's not to say the phone looks boring or feels cheap. The build quality is good and we especially loved the back of Z10, which feels good to hold and provides excellent grip. The back is otherwise bare apart from a big BlackBerry logo right in the centre and the camera lens and flash in the top-left corner. The bottom of the phone features just a slit to remove the back cover, which brings the removable battery, microSD and Micro-SIM slots into view.

The front is of course dominated by the 4.2-inch display with BlackBerry branding at the bottom alongside the mic, instead of buttons (you won't find any). Just above the display lie the earpiece, the front camera and the status LED. The top side houses the power button and the 3.5mm audio jack alongside the noise-cancelling microphone. The left edge has the Micro-USD and microHDMI ports and the right side has the volume rocker with the mute button nestled in between.

Display
BlackBerry Z10 comes with a 4.2-inch 1280x768 display (355 ppi) that grows on you as you use the phone. The display isn't the brightest we've used, but the colour reproduction and viewing angles are excellent. Under sun-visibility is good, and reflectivity wasn't a problem. 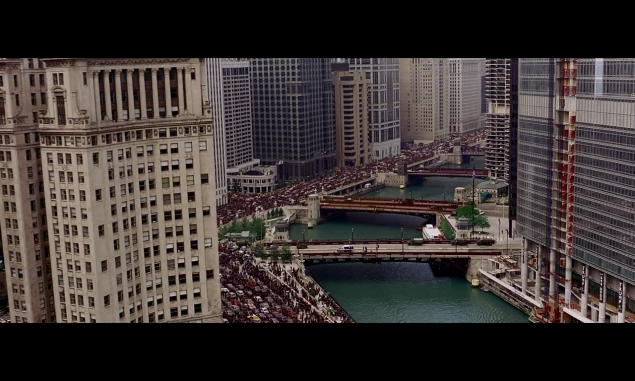 The touch screen response is excellent, and aren't we glad. With no physical buttons, one relies on touch gestures for everything (see Software/ UI section below) and the Z10 hardly missed a step during our time spent with the unit.

Camera
BlackBerry Z10 comes with an 8-megapixel rear camera capable of recording full-HD video. The overall image quality is pretty decent though not that'll have the likes of iPhone 5 and Lumia 920 looking over their shoulder. In fact, the Z10 camera is a shade behind previous generation Android flagships, the Galaxy S III and the HTC One X.

Images taken outdoors in daylight seem good enough, but on closer inspection you can't help but notice a bit of noise. The problem gets worse in low-light conditions, though the flash does help to some extent.

Let's talk about the camera UI. There's no click button on the screen and clicking anywhere except the menu elements will trigger the camera. This can be a bit unsettling especially if you're used to 'touch-to-focus', until you figure out you can hold and drag the rectangular focus point around. The burst mode clicks pictures as long as you keep the finger on the trigger. You can also click pictures by pressing either volume button.

In addition to the still and video capture modes, the camera offers a Time Shift mode that lets you click a series of pictures and then detects faces in these photos, letting you mix and match to come up with the perfect pic. The app lacks a Panorama option that iOS and Android now offer.

As mentioned earlier, the rear camera is capable of capturing full-HD video, and again, the output is pretty good without being the best around. You can record either 720p or 1080p video, though you can't click a picture while shooting a video.

We don't expect power users addicted to the finesse of iOS and virtually infinite apps available on the platform, or the flexibility of Android to be tempted one bit by BlackBerry 10. However, for anyone else looking for a smartphone that lets them browse the Internet, use emails, Facebook and Twitter, click the occasional picture, as well as do a bit of casual gaming, BlackBerry 10 is definitely worth a second look. 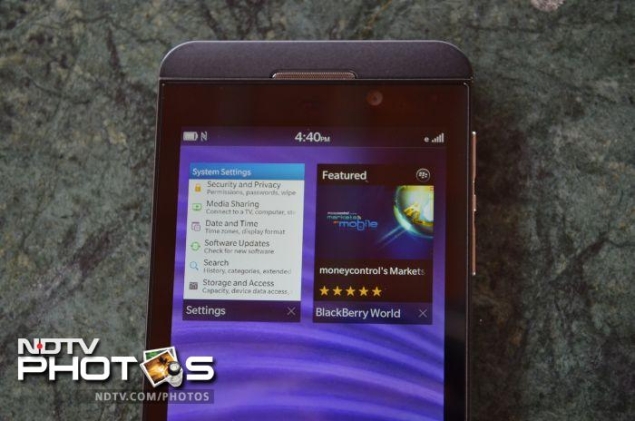 Yes, there are a few bugs that crop up once in a while, but nothing that'll have you tearing your hair out in frustration. Given this is the first release of a brand new operating system, we expect to see them ironed out soon.

Performance/ Battery life
The BlackBerry Z10 is powered by a 1.5GHz dual-core Snapdragon S4 processor alongside 2GB RAM and 16GB internal storage. You can see that BlackBerry has spent plenty of time and effort optimising the software to the underlying hardware, as we did not experience any lags during our time spent with the device.

The phone handled everything we threw at it with ease, including playing full-HD videos. Skipping forward and backwards within the videos was a breeze. The in-built speakers were loud enough while playing music/ video but, strangely, seemed inadequate when we put calls on speakerphone. Call quality, however, was pretty good.

BlackBerry Z10 comes with a 1,800mAh battery that should last a day with moderate to heavy usage. We configured our Z10 with multiple email accounts, Facebook, Twitter and LinkedIn with notifications enabled (default settings), and with moderate usage on 3G and Wi-Fi throughout the day, we got through a full work day comfortably.

Verdict
The BlackBerry Z10 has been priced at Rs. 43,490 which puts the price in the iPhone 5 and HTC Butterfly category. At this price point, it makes it very difficult to recommend the smartphone to anyone except die-hard BlackBerry users. For everyone else, our advice would be to wait until cheaper BlackBerry 10 smartphones hit the market.

product The phone comes with an all-touch experience, instead of a QWERTY keyboard usually associated with BlackBerrys.