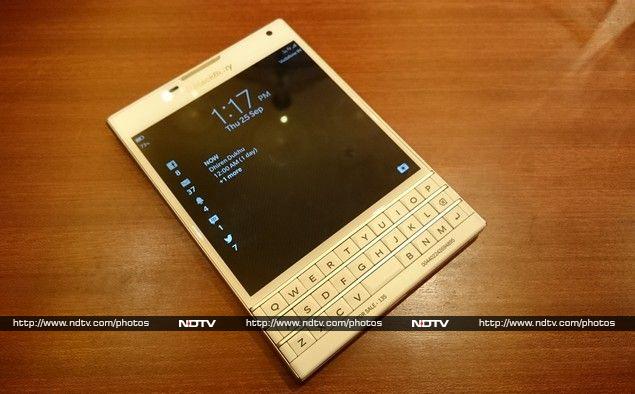 Buyers who pre-order the phone will also get a Rs. 5,000 gift voucher on Amazon.in which can be used towards any purchases, and also 5,000 frequent flyer miles from Jet Airways.

The price tag seems pretty steep, but it competes directly with the top flagships of other well established brands, a point BlackBerry India Managing Director Sunil Lalvani was quick to make at the launch event. But does this unusual phone from BlackBerry measure up to the competition?

The first thing that you'll notice when you see the BlackBerry Passport is its massive size. The phone has a 4.5-inch display, which sounds small, but due to the square display the display seems larger. At over 3.5 inches wide, the phone is also wider than much larger phones. For comparison, the Samsung Galaxy Note 3, which has a 5.7-inch display, is 3.1-inches wide. 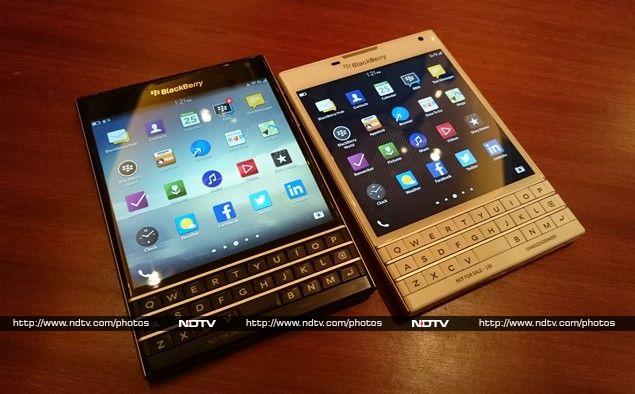 The square screen takes up most of the phone, but there's a short three-row keyboard below the display. The space bar has gone into the third row, and a few other keys like shift and symbol are missing altogether. If you're a long-time BlackBerry user, the new layout can feel jarring and counter-intuitive at first, but the company is positioning the keyboard as one of the biggest selling points of the Passport.

For one thing, it feels tough. The BlackBerry keyboards have always been comfortable to type on, and if you're holding the phone with both hands and thumb typing, then you can really type accurately at a very high speed without even looking at the screen. But the keyboard also doubles as a touchpad, which is where it gets really interesting. You can still flick up while writing a word to autocomplete, flick down to reveal numbers and special characters, or swipe to the left to delete one word at a time.

BlackBerry also claims that its shape allows the phone to display 60 characters in a single row, which is the same standard e-book readers also use. This sounds great, but in our very short hands-on, it didn't really seem to be a game-changer. Responsive design means that websites are quite easily read on other phones as well, including the BlackBerry Z10 which is this correspondent's primary phone. Our opinion may of course change when we have a chance to spend more time with the device.

The company also showed off some tweaks that the new BlackBerry OS 10.3 brings, including a dedicated home screen, and the Amazon Appstore pre-installed. There's also the BlackBerry Assistant, which can make appointments, read out your emails, search for contact details and more quite effectively. 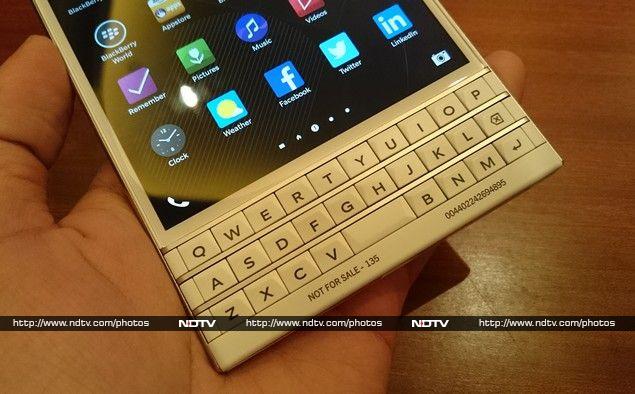 The build quality of the phone is extremely good. It felt solid but not heavy and the keyboard felt great. The specifications of the phone are also in line with other top end devices as well. The screen is running at a resolution of 1440X1440 pixels, and there's a 13-megapixel camera that seemed to be pretty good though a little slow to focus. A 2.2GHz processor and 3GB of RAM, along with 32GB of storage round out a pretty good device, on paper.

The actual experience of using the phone was a little awkward thanks to its size, and even for a regular BlackBerry user, the new keyboard comes with a learning curve. The BlackBerry World app store also remains pretty limited, although the Amazon Appstore does widen the net. Not all Android apps (notably Google's like Maps) are available on Amazon though, which could still end up being a deal-breaker for many.

Add to that the reputation BlackBerry has gained for dropping prices in short order - something the company vehemently denied on Monday - and buying the Passport at its launch price may sound like a bad idea to many.

Stay tuned for a detailed review of the BlackBerry Passport on NDTV Gadgets.