The Evolve and Evolve X have been designed and conceptualised in India, for Indians

BlackBerry has launched two new smartphones in India, the Evolve and Evolve X, which the company claims have been designed and conceptualised in India, for Indians. Both smartphones will be sold in the country by licensee brand Optiemus Infracom. The Evolve and Evolve X feature full-HD+ displays, dual cameras, Corning Gorilla Glass 5, and Android 8.1 Oreo. Other highlights of both smartphones include security features such as an in-built password manager, a privacy shade, and root protection.

Both models will be available only via Amazon India initially, and subsequently via offline retailers. The BlackBerry Evolve has been priced at Rs. 24,990 and will go on sale by the end of August. The Evolve X has an India price tag of Rs. 34,990 and will go on sale in the middle of September. We got to spend some time with both smartphones during the official launch and here are our first impressions.

The Evolve and Evolve X have a rubberised plastic back that not only looks and feels classy but aids grip. Despite having a 4,000mAh battery, the phones are quite light and are easy to hold in one hand.

The Evolve has a rectangular camera housing and a square fingerprint sensor, which is slightly bigger than the circular sensor on the Evolve X. The cameras on the Evolve X are placed in an oval housing. Our initial impressions of the fingerprint sensors were not positive. The sensors on both phones were accurate but slow and the setup process took much longer than we are used to. Face recognition is also supported by both smartphones but this was also sluggish in our limited experience. However, we will reserve our judgement on these features until we have had a chance to spend more time with the devices in person. 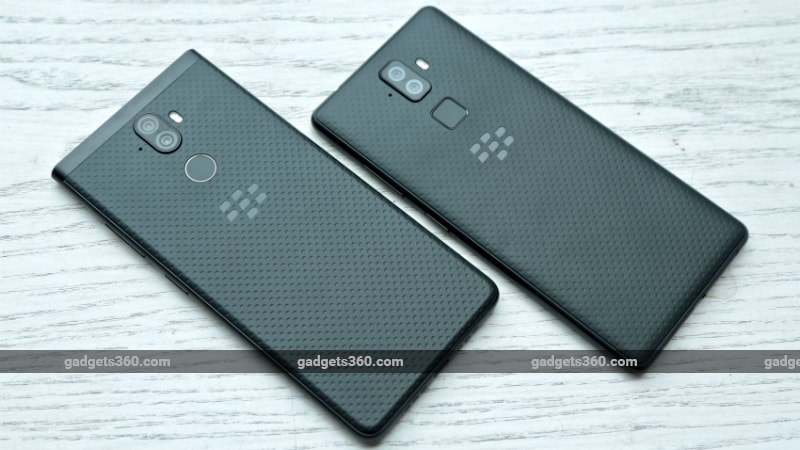 The Evolve has rounded edges and the Evolve X is squared-off from the sides. Both phones have a textured power button and a volume rocker on the right edge, which are large, tactile, and well located. The left edge houses the SIM Tray and the USB Type-C port is present at the bottom. We are glad to see BlackBerry has not got rid of the 3.5mm headphone jack, which is present at the top.

BlackBerry Evolve and Evolve X feature a 5.99-inch full-HD+ (1080x2160 pixels) IPS LCD display with an aspect ratio of 18:9, an oleophobic coating, and a maximum brightness of 500 Nits. In our limited time with the device, we found the display to be satisfactory, with punchy colours, and decent viewing angles.

The Evolve X is powered by the Snapdragon 660 processor, paired with 6GB of RAM. The Evolve in comparison makes do with the Snapdragon 450 processor and 4GB of RAM. In our limited time with the Evolve X, it performed quite admirably, with smooth animations and minimal app load times. The Evolve however was another story altogether. We experienced stutters while navigating around the UI and the phone froze on us twice during our hands-on period. A definitive assessment of the performance will have to wait till our full review, when we can run games and synthetic benchmarks on both phones.

Both smartphones have 64GB of internal storage, which can be expanded via a microSD card, as well as a 4,000mAh battery with support for Qualcomm Quick Charge 3.0. The company promises a standby time of 21 days, 24 hours 4G talk time, and 45 hours music playback. We will have to wait and see whether these numbers actually translate to the real-world.

The two new smartphones run Android 8.1 Oreo with Blackberry's custom launcher on top. The company has added their own twist to Android with a host of custom features and applications. An app called BlackBerry Power Centre uses deep learning to analyse app usage and optimise battery settings accordingly. It also lets users modify RAM allocation for each app, and create custom battery profiles. The BlackBerry Hub brings together all communication apps such as Facebook and Twitter into a single app to help you navigate through your social media accounts. 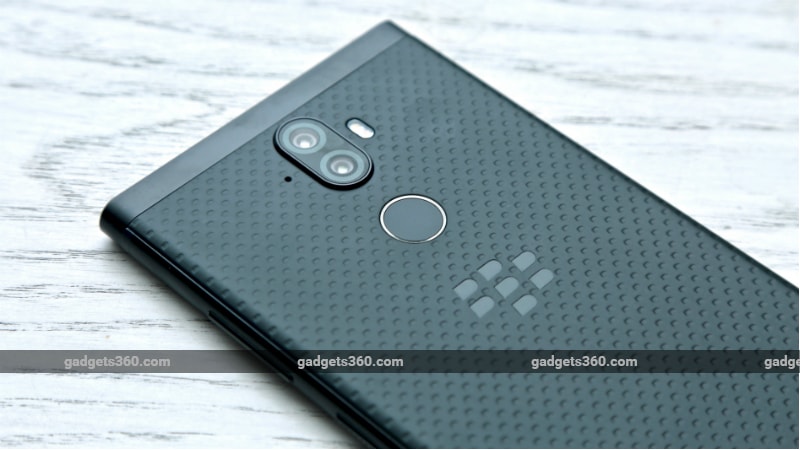 Security features on both smartphones include the BlackBerry Password Keeper app that helps users store passwords in a vault and generate secure passwords, BlackBerry Privacy Shade, which reduces the visible screen size to the area which you are accessing, and BlackBerry's DTEK application which allows users to manage app permissions. We will evaluate all these applications and features in detail in our full review.

Features present on the Evolve X but not on the cheaper variant include Dolby Atmos and wireless charging. At the launch event in New Delhi, BlackBerry also announced a wireless charger which will go on sale alongside the Evolve X in the middle of September.

The Evolve and Evolve X are sure to face stiff competition from the likes of the Nokia 7 Plus (Review), OnePlus 6 (Review), and Asus ZenFone 5Z (Review), all of which have got top marks from us at Gadgets 360. We are eager to test the in-built apps and features, which might just help offset the uninspiring hardware. We will also be evaluating the design, display, performance, battery life, and cameras of both phones. For all that and more, stay tuned for our full review of the Evolve and Evolve X.