Asus seems to be on a roll with new models in its ZenFone 3 range popping up almost every month. The company has now launched what it's calling the ZenFone 3S Max, only three months after the ZenFone 3 Max launched. This might be seen as a knee-jerk reaction to the latest round of heavy-hitters in the low-cost space, and it might cause confusion in an already crowded market, but at least buyers get one more choice, and that's something we're always in favour of.

Interestingly, Asus played the same strategy with the previous generation ZenFone Max (Review) and ZenFone Max (2016) (Review), although those two releases weren't spaced as closely. Asus realised that it could capitalise on falling component prices, and bumped up its specs in order to fend off newer competition. While last year's phone was seen as a refresh, this time around Asus has decided to make it clear that the ZenFone 3S Max is a new model. Let's see what it brings to the table and whether it will have the same effect on the market.

Asus has launched the ZenFone 3S Max in two colours: black, and what it calls Sand Gold. We have the latter for review, and can confirm that it looks more like sand than gold. We found it unusually gaudy, and we're sure most people would prefer the more neutral option.

Beyond the colour, the first thing that struck us about this phone was how hefty it felt. Considering that its headline feature is a massive 5000mAh battery, it shouldn't come as a surprise that the Asus ZenFone 3S Max is heavy and chunky. Its size and proportions make it feel a bit dated, but we're sure there are loads of people perfectly willing, if not eager, to make that tradeoff.

The glass front panel is very subtly rounded at its edges, and the curve continues around the sides. This makes the phone comfortable not only in your palm but also against your ears. At 175g it is heavier than most of today's phones, but not so much that usage gets fatiguing.

The ZenFone 3 Max (ZC553KL) (Review) had capacitive buttons in front and a fingerprint reader at the back, but this model switches things around by going with a physical home button that doubles as a fingerprint sensor. It's easier to unlock your phone or just check notifications when it's lying on a table, and we prefer it this way. Curiously, there are no capacitive back and recents buttons - there's a standard on-screen navigation bar instead, which means the physical Home button duplicates functionality. 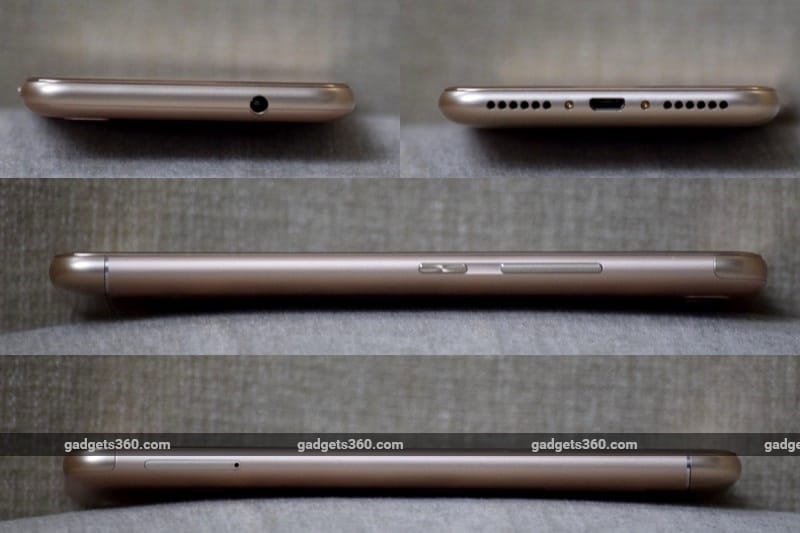 On the rear, you'll see a bit of flair where a shiny metal line divides the metal of the main body from a plastic panel which is used instead of antenna lines. The main camera of the Asus ZenFone 3S Max protrudes from the body, but only very slightly. The power and volume buttons are on the right, and we found that they were a bit too low for our fingers to find them comfortably. You'll also find a Micro-USB port and speaker grilles on the bottom, a 3.5mm audio socket on the top, and a hybrid SIM tray on the left. This tray accommodates one Micro-SIM and one Nano-SIM or microSD card.

While looks might not be the ZenFone 3S Max's biggest strength, there's no doubting this phone's construction quality. It feels very solid and very well built, especially considering its price. Along with the phone, you get a bulky 2A charger, a USB cable, and a simple headset with rubber ear tips in three different sizes.

We already know that this phone's defining feature is its battery, so we aren't expecting anything extraordinary on the spec sheet. The processor is a MediaTek MT6750, which has four cores running at up to 1.5GHz and another four running at up to 1GHz. This processor was designed specifically for LTE-capable budget-friendly phones, and supports modern standards including VoLTE, fast charging (MediaTek's own PumpExpress 2.0), and the relatively powerful Mali-T860 MP2 GPU.

The display on the Asus ZenFone 3S Max is a 5.2-inch 720x1280 panel, and while phones with full-HD screens are not rare at this price point, there's nothing wrong with it for everyday work in terms of clarity and sharpness. You get 3GB of RAM and 32GB of storage, with microSD support going up to a theoretical 2TB. The phone supports Wi-Fi 802.11b/g/n, Bluetooth 4.0, GPS, and LTE Cat 4. 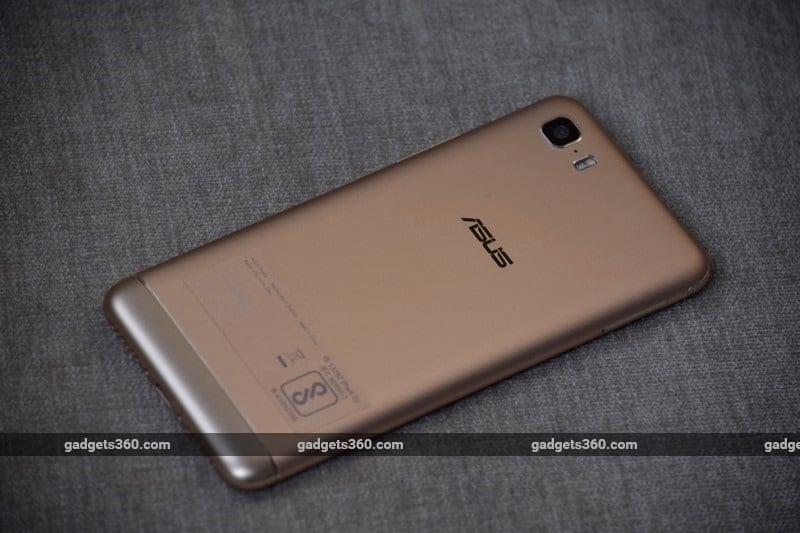 Interestingly, the ZenFone 3S Max runs Android 7.0 Nougat, one of few phones to do so - not even the top-tier ZenFone 3 models have received an update yet. However, it's almost completely buried under Asus' incredibly dense ZenUI skin which has a distinctly dated feel. We were inundated with popups and notifications about built-in features the moment we turned it on - new users could easily be confused.

For example, when connecting to our office Wi-Fi network, the phone asked us to download an Asus router management app. That's not only spammy but completely ridiculous. There were also unnecessarily large notifications that had to be dismissed manually for things as simple as the completion of an app download from the Play store. When you go to the quick settings to toggle Wi-Fi or Blutooth quickly, you'll find that Asus has buried these controls in order to prioritise gimmicks like a "power boost" button to purge apps from RAM and a startup manager that only really helps deal with all of Asus's own junk.

Speaking of junk, Asus also loads up the phone with a bunch of apps. There's ZenCircle, an Instagram knockoff that no one will use; ZenTalk, some kind of marketing blog; ZenFone Care, which is at least potentially useful; ZenFit; Mobile Manager; Themes; Gallery; MyAsus Service; PhotoCollage; MiniMovie; Quick Memo; Do It Later; and Asus Webstorage. Third-party apps include Facebook, Facebook Messenger, Instagram, and Go2Pay.

The default ZenUI keyboard is cluttered with unnecessary features and options including its own clipboard and themes. There's an iOS-style search page if you drag downwards from anywhere on the home screens, and this often appears when trying to pull down the notifications shade. The launcher itself has a ridiculous number of customisation options in multiple categories, and then there are even more gestures, shortcuts and options to deal with within the Settings app. There's an easy mode, a kids' mode and a one-handed mode. It's all a bit overwhelming. 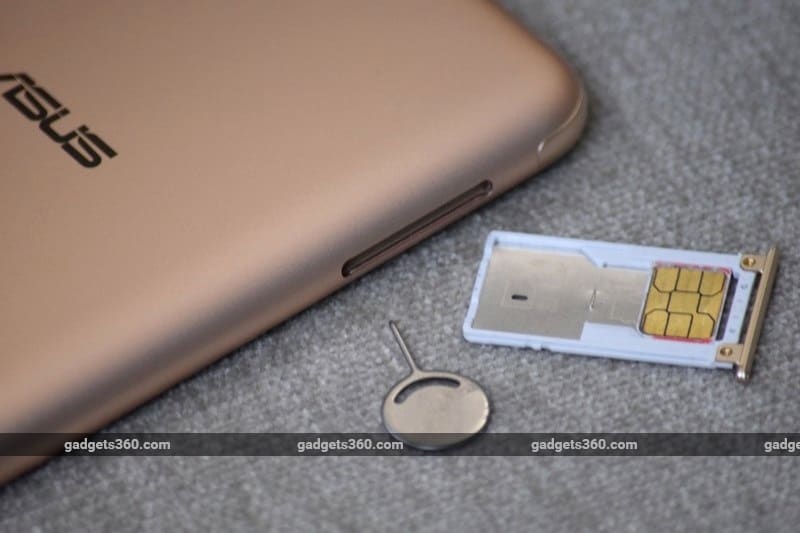 Other than the staggering amount of software bloat that we had to deal with, using the ZenFone 3S Max was a bit of a mixed bag. We felt that touch sensitivity was just a bit off sometimes, leading to typos and the aforementioned issue with the search page gesture. The fingerprint sensor was also unusually prone to rejecting our thumbprint. We hope that future ZenUI software updates improve handling in the future.

We felt the back of the phone get quite warm when playing videos or games for a long time, and when charging. Usage was otherwise comfortable, even with one hand despite this phone's weight. The display is rich and sharp enough for all our needs, and you'll only notice the lower resolution if you really look at the edges of text characters and other small details. The display was easy to work with outdoors and reflections weren't too bad. Only one of the grilles on the bottom of the Asus ZenFone 3S Max is actually a speaker.

Our benchmarks showed that the ZenFone 3S Max doesn't come close to beating the Xiaomi Redmi Note 4 (Review), the much-in-demand sub-Rs 15,000 performance leader. We recorded 39,205 in AnTuTu, 2,429 in GeekBench 4's multi-core test, and 18,634 overall in Quadrant. Graphics scores were reasonable, with 5,454 in 3DMark Ice Storm Extreme and 22fps in GFXbench, though the low-res screen definitely reduces the processor's workload.

When we started using this phone, it was immediately apparent that the battery wasn't draining at the pace we're used to. After a few hours of casual use, we saw the status indicator showed that we were still well over 80 percent. With a lot of video streaming, camera usage and gaming, we got through a full day with enough juice left over that we didn't have to charge till the next afternoon. With more typical usage, we're reasonably sure that we could push that to two full days. We were of course eager to see how long the 5000mAh battery would last in our HD video loop test. Curiously, it ran out after 12 hours, 33 minutes which is considerably less than the playtime we got with the ZenFone 3 Max (ZC553KL) which has a 4100mAh battery, as well that of the Xiaomi Redmi Note 4. 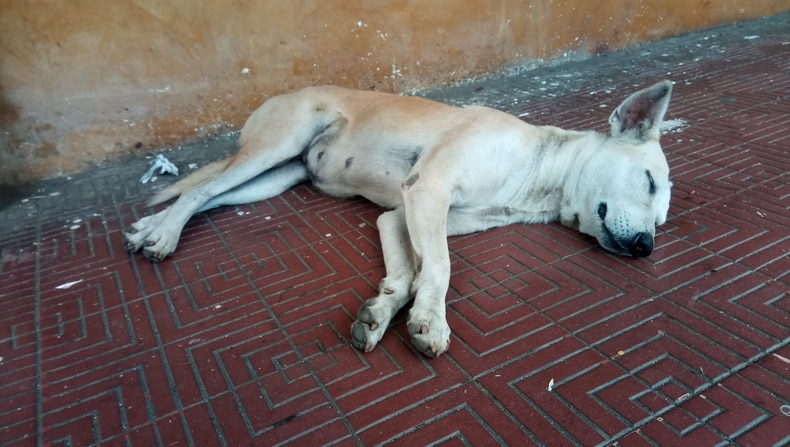 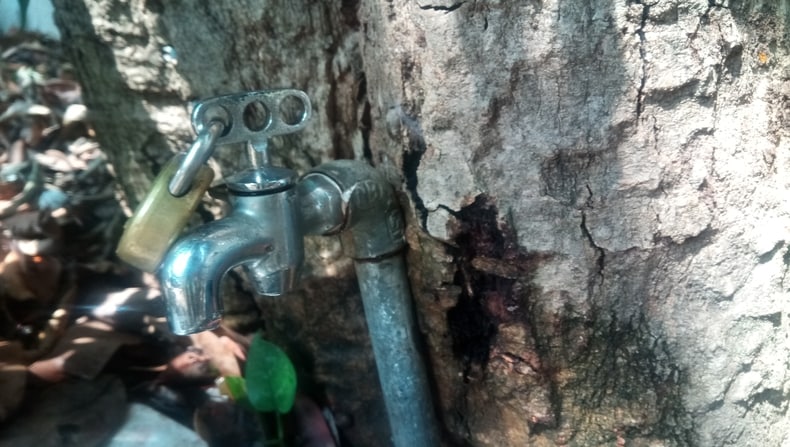 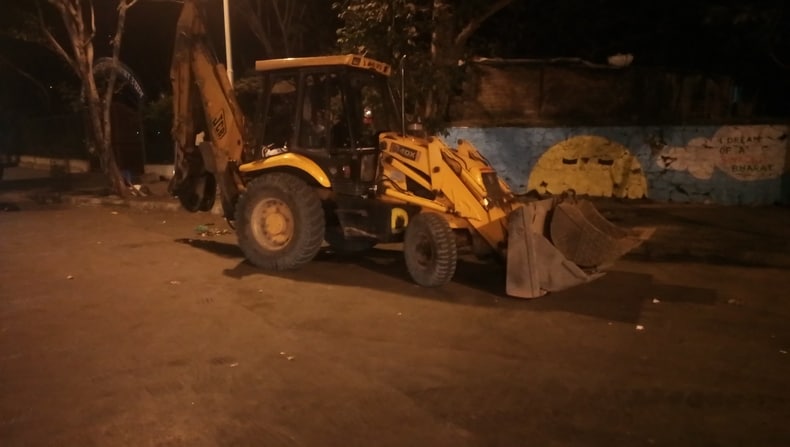 That brings us to the ZenFone 3S Max's camera performance. We liked the implementation of Asus' app, especially the Manual mode with its live histogram and three-axis level indicator. Of course, it has a ton of features including assorted modes and filters. There's no phase-detection autofocus (PDAF), but performance is still snappy. We sometimes had trouble locking focus, but when the phone got it right, macros were really good. Photos taken in the daytime generally came out well, with only a few looking slightly overexposed and washed out. Night shots had surprisingly little noise and grain, but at the cost of details if there wasn't a bit of incident light.

Verdict
The Asus ZenFone 3S Max costs Rs. 14,999 and as such, it slots in between the two ZenFone 3 Max models which were launched late last year. This creates a bit of overlap and confusion in Asus's lineup, especially since by all indications, the larger battery doesn't help much. Overall, we expected more from this phone's headline feature, especially since it has only that to use as a weapon against the potent Xiaomi Redmi Note 4 and the recently launched Honor 6X (Review). We hope that software updates do something to improve battery life - and while Asus is at it, we'd really like to see some common sense applied to ZenUI as well.

Those other two phones are more obvious choices and they do have more glamorous specs and capabilities to boast of, but they aren't easily available. The ZenFone 3S Max doesn't have that problem, and feels like a reasonable enough alternative.

Moto G5 Specifications Leaked, Xiaomi MIUI 8.2 Rollout Begins, and More: Your 360 Daily
With a 4K Apple TV in the Works, a Look at Why Apple Hasn't Revolutionised TV Yet