Asus last year launched three models in its ZenFone series - the ZenFone 4, ZenFone 5, and ZenFone 6 - in India. The company saw a massive response from Indian consumers thanks to its low prices, which also helped the company stand out in a market filled with established local and international players.

The company showcased the 4GB RAM model late on Friday at a media preview event in New Delhi, at which it also discussed what its strategy will be this year. Peter Chang, Regional Head of South Asia and Managing Director for Asus India stressed that the company will be focusing on the 4GB model of the ZenFone 2 series, and even suggested that the company is ready to take on the biggest players in the Indian market with this year's launch. 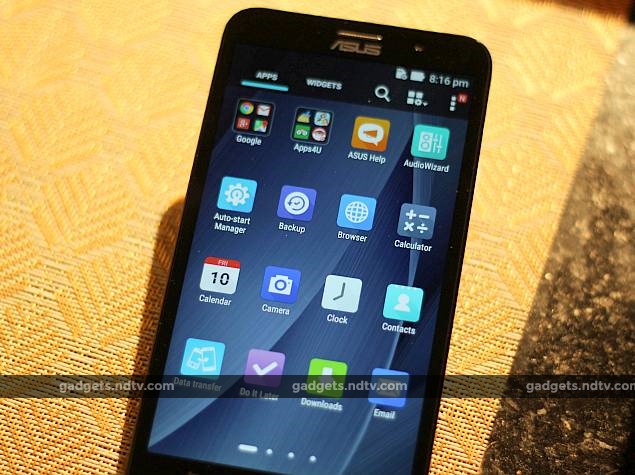 We spent some time with the Asus ZenFone 2 (ZE551ML) at the event, and while we will reserve our formal verdict until we can conduct a full review later this month, here are our initial thoughts on the new ZenFone 2.

Design
Compared to last year's ZenFone series, the new ZenFone 2 looks like a significant update. The company has made some drastic changes when it comes to the placement of physical buttons. The power button has been moved from one side to the top, where it is accompanied by the 3.5mm audio jack. The volume buttons have been moved to the rear panel, just below the primary camera lens. 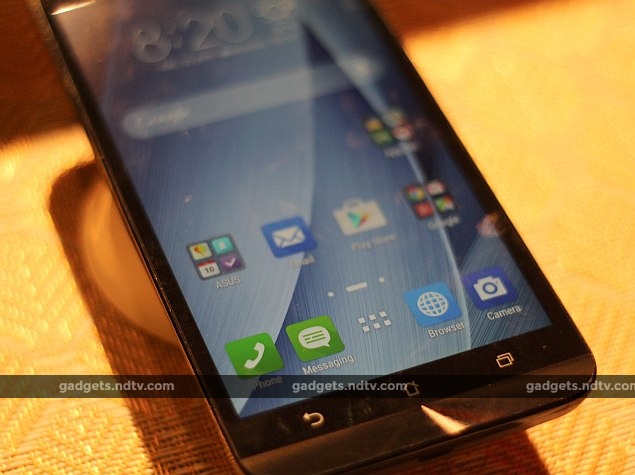 The new volume button placement on the Asus ZenFone 2 is similar to the design first seen on the LG G2, which launched back in 2013. However, LG also placed the power button here while Asus has only moved the volume buttons.

Another major change is that the screen bezel on the new ZenFone 2 has been reduced in width to achieve a 72 percent screen-to-body ratio for a better viewing experience. Asus claims that the new ZenFone 2 range has been engineered to fit into the body of the first-generation ZenFone 5 (Review | Pictures), which features a 5-inch display.

The ZenFone 2 carries forward the solid and sturdy feel of the previous generation, which one can easily feel while holding the device.

The front panel has three capacitive buttons for Back, Home, and Recent Apps. Asus has again gone with a concentric circle finish matching the design of Asus' ZenBook laptops. There is also a 5-megapixel front facing camera on board.

The rear panel houses the primary camera with a dual-LED flash placed right above it. Asus has used metallic hairline finish on the back panel to give it a somewhat premium look.

Specifications, software and camera
The highlight of the Asus ZenFone 2 (ZE551ML) has to be its 4GB of RAM. Asus India is promoting the ZenFone 2 with 4GB RAM as the "first smartphone in the country" with that much RAM. 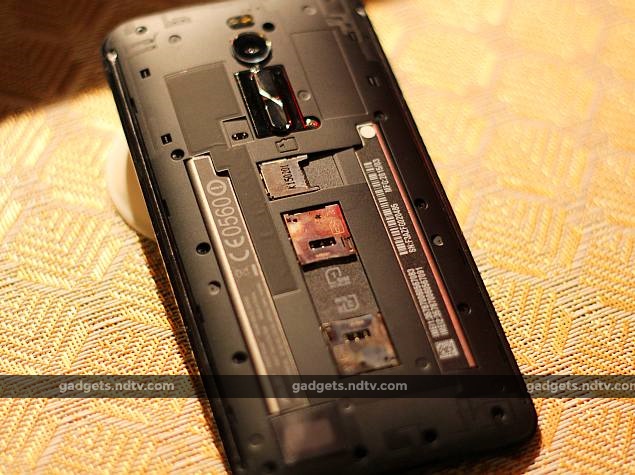 We tested how fast the handset responded when multi-tasking by running several apps and jumping from one to another. While the phone did respond swiftly, we couldn't really tell much of a difference there was between it and similar phones with 2GB to 3GB of RAM.

The Asus ZenFone 2 (ZE551ML) features a 5.5-inch full-HD (1080x1920-pixel) IPS display which works out to a pixel density of 403ppi. The handset also features Corning Gorilla Glass 3 for protection. The full-HD screen looked vibrant, while viewing angles were satisfactory.

Under the hood, the smartphone has a quad-core Intel Atom Z3580 processor clocked at 2.3GHz. The ZenFone 2 which was handed to us had 32GB of storage as well as a microSD card slot for up to 64GB of additional space. It also packs a 3000mAh non-removable battery that is slightly smaller than the 3300mAh one seen on the Asus ZenFone 6 (Review | Pictures).

We will have to wait till we can perform a full review to see whether the 3000mAh battery will be enough to handle the full-HD display on the ZenFone 2.

The dual-SIM Asus ZenFone 2 runs Android 5.0 Lollipop with the company's ZenUI skin on top. While overall the UI looked about the same as the one seen on first-generation ZenFone series, there were some additions from Google's Android Lollipop build such as a new notifications system. 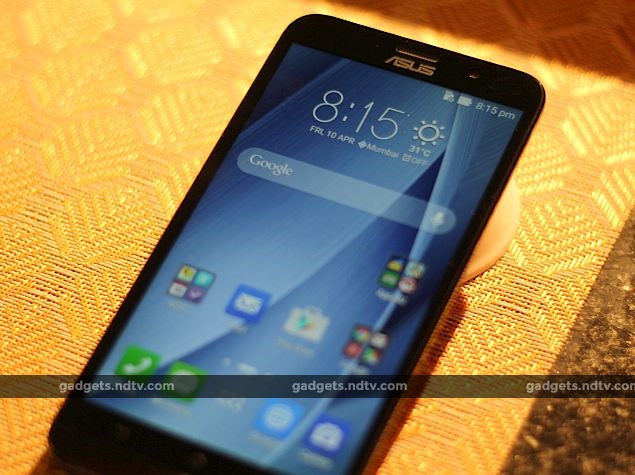 Asus has also added some new software features such as ZenMotion, which triggers certain functions using swipe gestures, and SnapView, which allows users to create separate user profiles for public and secured uses, as well as a Kids Mode.

There is a 13-megapixel rear autofocus camera with Asus's PixelMaster technology and a 5-megapixel front camera as well. Due to limitations at the media preview, we were unable to test the camera in optimal lighting conditions. However, images taken with the ZenFone 2 in low light seemed sharp even when zoomed in. We will reserve our judgement on the handset's camera for our full review.

Final thoughts
Overall, the Asus Zenfone 2 looks a well-rounded package. However, we will have to still wait for the company to reveal the price for the Indian market.