I tested Lollipop on Google's new Nexus 6 phone, which comes out this week. I can only hope that as other phones get the upgrade over time, it will be as good as what you get on the Nexus.

It's a shame many phone manufacturers that use Android believe they have to tweak it extensively to make the software theirs and not Google's. Mucking around with it only confuses customers and steers app developers toward working on iPhone versions first, where there is more uniformity - and thus incentive to incorporate the latest features.

Assuming your phone maker is running Lollipop in its purest form, here's what you'll get: 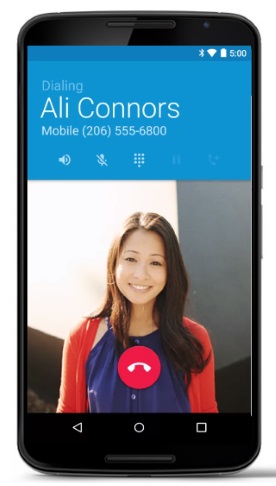 If you've set up a passcode - more on that in a bit - you'll be prompted to enter it before composing that reply. You also have the option to block all notifications or just those from specific apps if you're worried about privacy. Or you can choose to hide sensitive content. In those cases, you'll see you got an email or text, but you won't see who sent it or what the message says.

You can also choose "priority" mode and get notifications only from apps you mark as priority. In that mode, you can also choose to accept calls and texts only from known contacts or favorites. You still see all incoming calls or messages if you're looking, but you're not disrupted by vibrations or rings.

Security
Too often, I've turned off the passcode on my Android phone because I get tired of entering it every time I pick it up. With Lollipop, you can keep your phone unlocked when it's near a trusted device of your choosing - say, a Bluetooth-enabled car or an Android smartwatch. Bluetooth range can extend 30 feet or more, so be sure you trust your friends if you step away without your phone. Or delete those naked selfies first. 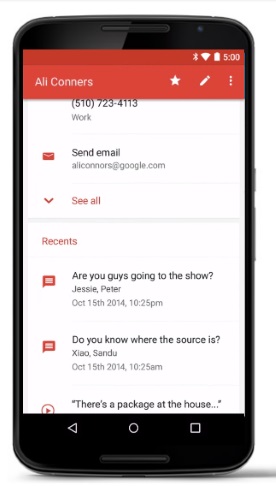 With Lollipop, Android also joins Apple's iOS 8 software in encrypting data by default. This is important if your phone is lost or stolen.

Multiple profiles
If you lend your phone out, or share it with a family member, you'll now have profile options. You can set up to four profiles, each with its own settings, contacts, photos and apps. Each user can be at a different level on "Candy Crush Saga." Or a friend can download it without having it clutter your apps list. Likewise, guests can use their own email and Facebook accounts - not yours. 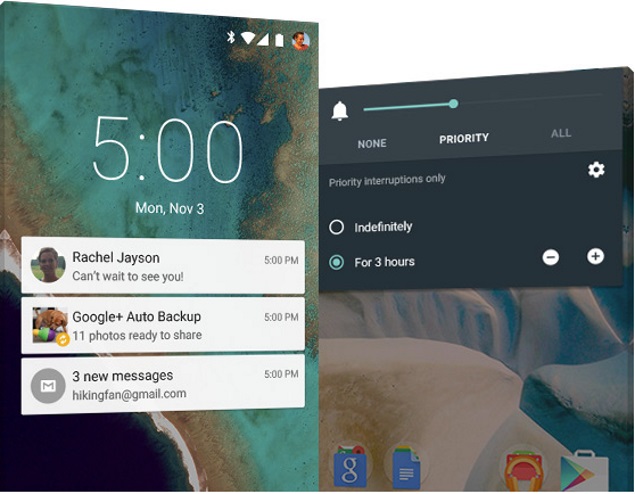 Some options are disabled if you're not the owner. For instance, your kid won't be able to restore the phone to factory settings and wipe out all your data. But friends or family can update your apps and accept permissions on your behalf. It's your choice whether they can make calls and text, as they would still be using your phone number. The browser and app store don't come with parental controls, so it isn't meant for unsupervised use. And no secondary profile will keep your kid from smearing grape jelly on the screen.

Shortcuts
Lollipop adds several shortcuts above the notification tray. You can get quick access to the flashlight and the setting for airplane mode, something some Android manufacturers have added, but not all. There's also a new "Cast screen" button to send video from your phone to a TV with an Android TV streaming device. Unfortunately, you can't change the options. Those without an Android TV device won't need "Cast screen," but might want a screen-rotation lock instead, for instance. 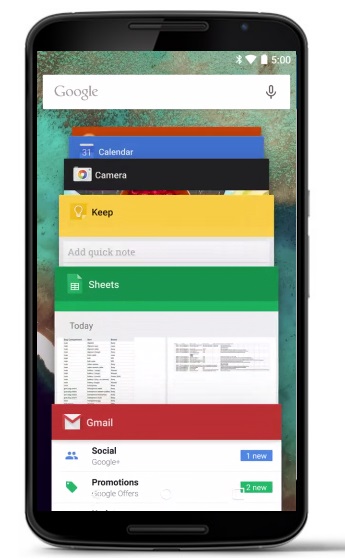 The new Android software also removes some of the distinctions between apps and content. Previous versions of Android offered ways to scroll through open apps to pick which goes to the foreground. Now, individual tabs in the Chrome browser and individual documents in Google Docs appear separately, so you can go straight to your content without having to go to that app first. Other app developers will be able to enable this feature, too.

And the rest
Lollipop comes with an updated Calendar app that integrates with your Gmail service so that flight reservations, concert tickets and other confirmation emails get automatically turned into calendar events. The app is also more visually pleasing and fun. Keywords such as "concerts," "dentist" and "brunch" trigger appropriate graphics.

Still missing, though, is the ability to decide whether individual apps can access your location. I might want Google Maps but not Starbucks to have my location. Apple's iOS software lets you choose on an app-by-app basis, but it's all or nothing with Android.

Nonetheless, Lollipop is a worthy upgrade that I hope will come to your Android device - unfettered - soon.

product A review of the highly-anticipated upgrade to the Android mobile operating system that brings a host of new features and platform improvements.