Android 12 will not change the way we use our Android smartphones, but it does give us a fresh new interface to play around with. 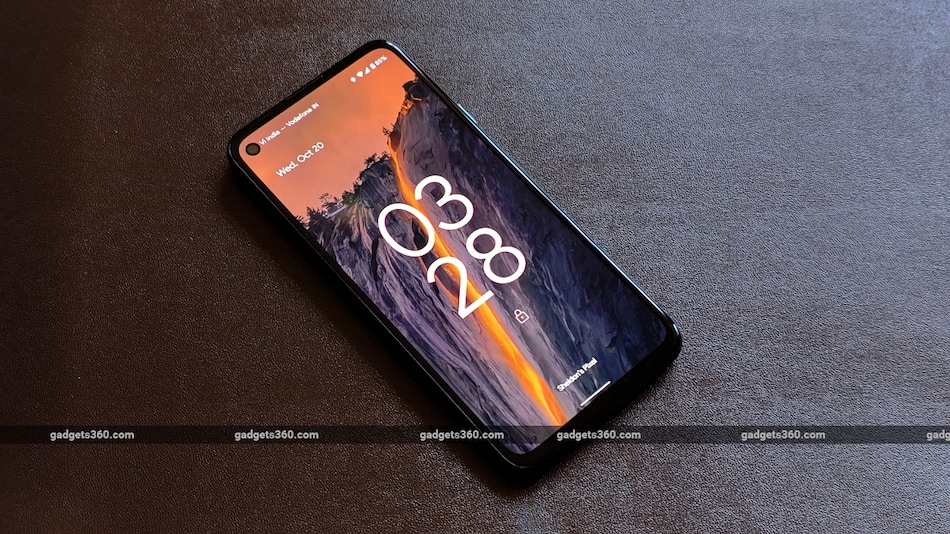 Compared to iOS 14 or 15, Android 12 is mainly a cosmetic update. Its design and interface feel fresh and dynamic but it won't change the way we use Android on our smartphones on a regular basis. In short, everything we like and love about Android (like the app drawer and widgets) are still there, it's just that everything now looks different. There are also a couple of new features that many of us have been waiting for. So, let's take a quick look at what's new.

I received the Android 12 update on my Google Pixel 4a, which is (sadly) the most recently launched Pixel smartphone you can officially buy in India. Because it's a Pixel, the software update was instantly available after the Pixel 6 launch. It's about 1.69GB in size, which isn't too large even for a mid-range smartphone.

After installing the update, what immediately got my attention was the lock screen. There's a large, bold digital clock in the top-left corner and a fancy animation even when you press the unlock/power button to wake the device or put it to sleep. Notifications now appear in a more compact format that resembles cards. However, this card-like layout means that there's even less text to read unless you expand a notification.

Once unlocked, there's the home screen, which has received a major chunk of this UI overhaul. A long-press lets you access the Wallpaper and style menu and the new Widgets menu.

The Wallpaper and style menu is where you can access Android 12's new theming engine. You can either go with basic colours or let the system generate a colour palette and theme based on your wallpaper's colours. There's also a toggle for Themed icons, which will change the appearance of system app icons (Phone, Contacts, Play Store, Photos, etc.) to match the wallpaper and the theme.

The Widgets menu is where you will find all your Android widgets including new customisable ones from Google's services (Keep, Calendar, etc.), a new Conversations widget that lets you pin an active or a recent conversation, and the usual Android widgets from third-party apps. The Conversation widget is a nice way to bring a conversation from a particular app onto the home screen, and it will keep updating every time there is a new message. I tried this with WhatsApp and Slack, and they worked surprisingly well. Tapping on the widget will open the respective app and take you to the conversation, but you can't chat in the widget itself.

While the way incoming notifications are displayed has mostly remained the same, the layout of the Quick Settings toggles has changed drastically. Some might call this an epic waste of space, but the new and large buttons are easier to tap on, and it all looks good keeping the Material You design philosophy in mind.

The search bar inside the app drawer has gotten quite powerful. You can not only search for apps, but also people and conversations within apps. Tapping on a message result directly takes you to the chat window in that particular app. The results of these searches are entirely dependent on how recently you conversed with your contacts.

Tapping on Privacy in Settings now shows all privacy-related controls in one place. There's a Privacy Dashboard that lets you quickly glance through detailed records of which apps have been accessing your camera, microphone, location and more over the past 24 hours. You can also revoke camera access, microphone access, and more for each app with one tap by simply swiping across a toggle. Opening the Camera or Recorder app will now show a theme-matched icon at the top right corner of the display (followed by a dot) letting you know that the cameras or microphones are being used.

There's a new Games Dashboard that contains some gaming-related features. When enabled, it basically displays a floating widget that lets you take a screenshot, record gameplay, toggle DND, and keep an eye on fps when playing games. There's also an option to live stream your gameplay to your YouTube account.

The Power Button menu from Android 11, with access to connected IoT devices and payments options, is no more. Long-pressing the power/unlock button now simply opens a pop-up with the Emergency, Lockdown, Power off, and Restart buttons.

I quickly got annoyed by the fact that the Settings shortcut in the notifications shade is now accessible only after an additional swipe (the expanded toggle view). You will have to place a Settings icon on your home screen if you access it frequently. The Settings app appears a bit different, with menu items now spaced out as per the Material You design, but it mostly remains the same in terms of functionality.

I also noticed a couple of bugs within a few hours of using Android 12. For one, the theming engine needs a complete phone restart to take effect in all Google's apps (like Photos, Calendar and more), as some apps might be stuck on the older theme until then. The same goes for some home screen widgets that don't refresh after changing to a new theme.

Software performance is not noticeably faster than Android 11 on the Pixel 4a. Battery life is an area of concern after big software updates, and so far I am a bit surprised that it seems to be better than before. So, Android 12 (at least on the Pixel 4a) seems to be a stable update.

What remains to be seen is how much of the interface changes that are evident on Pixel devices will land up on smartphones made by other manufacturers such as Samsung, Oppo and Xiaomi, which all emphasise the advantages of their own custom UIs. At the moment, the Monet theme engine seems solely reserved for Pixel devices, but this could change with future versions of Android 12 as reported by XDA.

The same goes for the privacy features, which I hope other Android manufacturers will include, just like Digital Wellbeing is now found on all Android smartphones. Also, I'm not too sure how many third-party app developers will update their existing widgets (several of which haven't been updated for years). New Material You-themed widgets are currently only available from Google-branded apps.

There's a lot to like about Android 12 and there's enough reason to upgrade to it, provided you have a Pixel device. Those who are using Android-powered smartphones from other manufacturers will have to wait and see when Android 12 will arrive and what it will end up looking like when merged with their respective custom skins. For now, Oppo's ColorOS 12, Realme's Realme UI 3.0, Samsung's OneUI 4.0, and OnePlus' OxygenOS have showcased their custom implementations of Android 12, and none of them look anything like the Pixel experience. One also needs to keep in mind that these are beta versions, so there's scope for changes until the final versions are made available.

For now, Android 12 is only available on Pixel smartphones, from the Pixel 3 till the new Pixel 6 Pro. For Android users in India, this update, for now, is limited to the Pixel 3, Pixel 3XL, Pixel 3a, Pixel 3a XL, and the Pixel 4a (Review) which was launched in India last year. There are no confirmed dates when it will arrive on devices made by other smartphone manufacturers.