Entry-level Android smartphones are long overdue for a makeover and we’re not talking about just the cosmetic side of things. High-end smartphone features are being rapidly adopted by mainstream phones, which is why the Rs.10,000 to Rs.15,000 smartphone segment is flourishing, and now we feel it's high time that they trickle down even further.

Until that happens, we have to make do with a lot of compromises in the entry-level segment. Our last encounter here was with the Zen Cinemax 3 (Review) which didn’t make a strong impression on us. We’re hoping that Alcatel has better luck with the new Pixi 4 smartphone.

Alcatel Pixi 4 design and build
The phone is available in a number of sizes globally. In India, we have the 5-inch version. Build quality of the Alcatel Pixi 4 is decent as the plastics used feel durable and the finish isn’t crude. It’s a bit on the thicker side at 9.5mm and also a little heavy at 169 grams. However, the grip and ergonomics are fairly good. The Pixi 4 is available in multiple colour trims, of which we have the gold version today.

The 5-inch capacitive display on the Alcatel Pixi 4 has a low 480x854 pixel resolution, which is not uncommon in this price segment. More than the resolution being low, it’s the quality of the panel that’s disappointing. The vertical and horizontal viewing angles are poor which leaves you with a very narrow sweet-spot in which the display can be seen as intended, before colours begin inverting. Touch response is fairly decent but the display surface is a magnet for fingerprints. 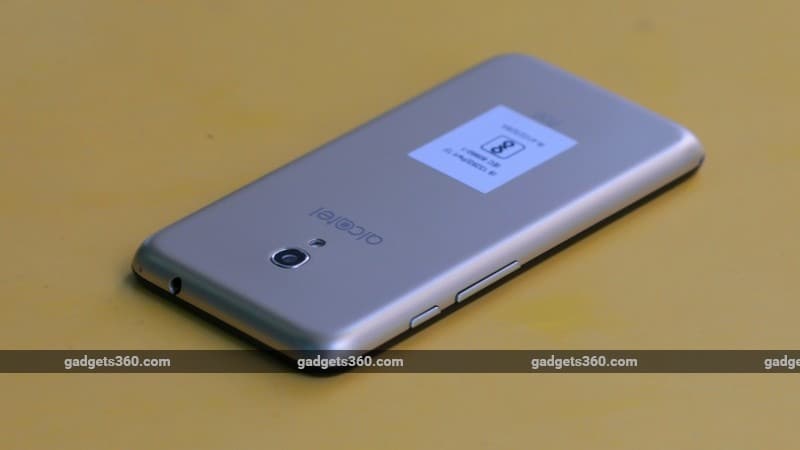 The buttons are ergonomically placed and don’t feel too fiddly. There’s a Micro-USB port on the bottom, a 3.5mm headphone socket on the top, and a notification LED next to the front camera. The Alcatel Pixi 4 has enlarged navigation buttons, which sadly, aren’t backlit. The back cover is removable and so is the battery. Here, you’ll find a dedicated slot for a microSD card and the two 4G SIM slots. In the box, you get the phone, charger, data cable, headset, screen guard, and instruction leaflets. The bundle is good, especially for a budget phone, and you have everything you’ll need to get started. The quality of accessories isn’t too bad either.

Alcatel Pixi 4 specifications and features
Powering the phone is a MediaTek MT6735M quad-core SoC, running at 1GHz. There’s also 1GB of RAM and 8GB of storage. While the CPU is a decent choice for basic tasks, the RAM and storage amounts are both disappointingly low. Actual usable storage is just 3.6GB but thanks to Android Marshmallow's adoptable storage feature, you can extend this through a microSD card (up to 32GB). This doesn’t solve the RAM issue but at least you won’t run out of space for apps.

You also get Bluetooth 4.0, Wi-Fi b/g/n, FM radio, and GPS. In terms of sensors, you only get an accelerometer and a proximity sensor. USB OTG support is missing. The Pixi 4 does support 4G on all Indian bands and VoLTE works too. The Alcatel Pixi 4 uses a custom launcher but most of the interface is modelled around stock Android 6.0. There are some nice visual touches added to the interface. 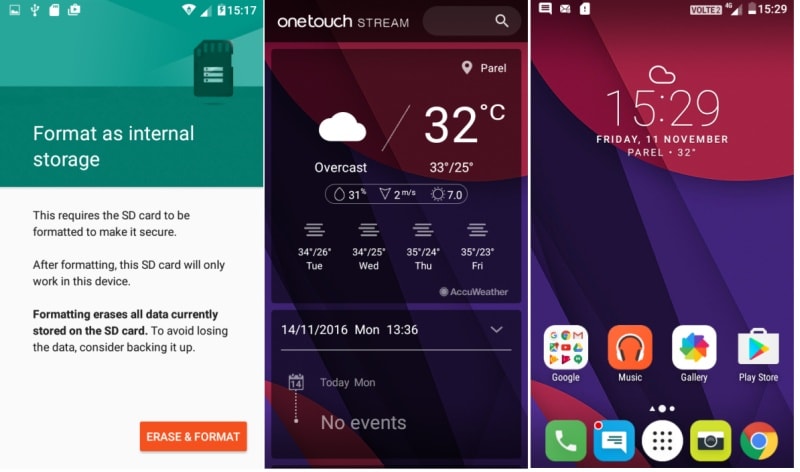 For instance, folders have a fold-out style animation when you open them; the lock screen has five shortcuts for your most used apps; and swiping to the right from the homescreen reveals Alcatel’s Onetouch Stream feature which shows you the weather, calendar events, news stories, and wallpapers. This can be disabled if not needed.

The phone comes with some apps like WhatsApp, Twitter, Facebook, Instagram, AVG Antivirus, Flipkart and the full suite of Jio apps preinstalled, since the Pixi 4 is also included in Jio's Welcome offer. You get a Boost app, which manages junk files and power saving modes, and lets you manage apps. Onetouch Cloud is Alcatel’s cloud backup service. There's support for a few gestures which you can control in the Settings app, such as using the accelerometer for muting a call when you flip the phone over.

Alcatel Pixi 4 performance
All these software tweaks would have been really fun to use had Alcatel put in an extra gigabyte of RAM. With just 1GB onboard, you’re typically left with about only 200MB of free RAM, which is just not enough for Android to run smoothly all the time. There’s noticeable lag when scrolling through any sort of list, be it within apps, a Web page in a browser, etc. Apps take time to load and even simple tasks like dialling a number can be sluggish. The phone doesn’t heat up much but we did notice it gets warm when using the camera.

In benchmarks, the phone recorded pretty low scores, as expected. AnTuTu returned 22,691 points while we managed to get just 11fps in GFXbench. Gaming performance is weak too. While some side-scrollers like Spider-Man: Ultimate Power run well, games with heavier graphics like Alto’s Adventure don't offer the best experience. 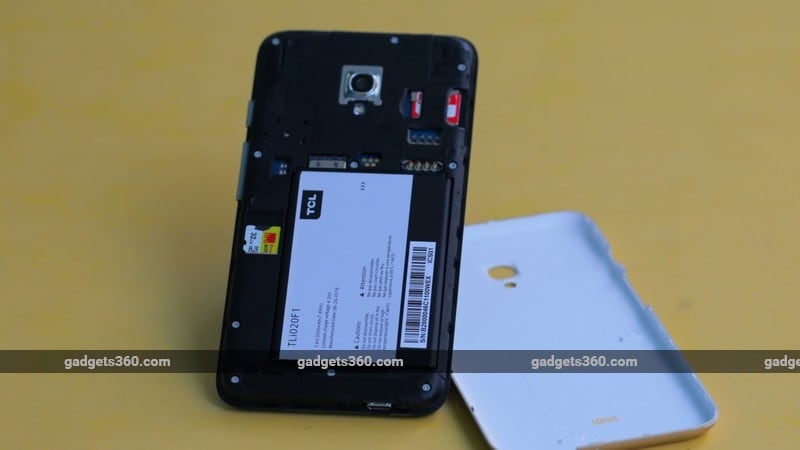 The Alcatel Pixi 4 isn’t very good for media consumption due to the lacklustre screen. However, it can handle 1080p video files. The earpiece doubles up as a loudspeaker, and is alright for alerts but weak and tinny for media files. The bundled headset is sub-par too so you might want to invest a better pair of headphones.

There’s not much to talk about in the camera department. There’s an 8-megapixel fixed focus camera on the back and a 5-megapixel one up front. Both cameras are accompanied by single LED flashes. Picture quality is below average for both sensors and due to the lack of autofocus on the main sensor, you can forget about getting good close-up shots. Images are dull and washed out even in good lighting, while low-light shots lack detail. Video recording maxes out at 720p, which is nothing new at this price. 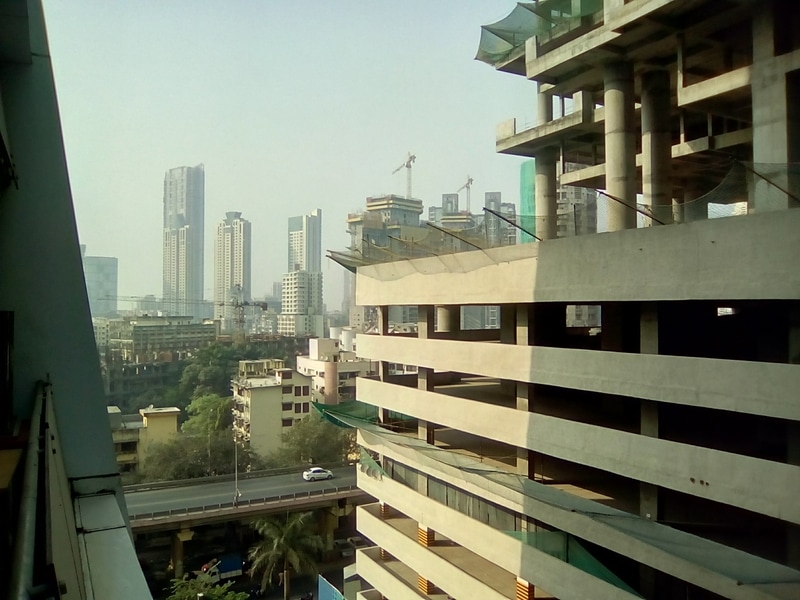 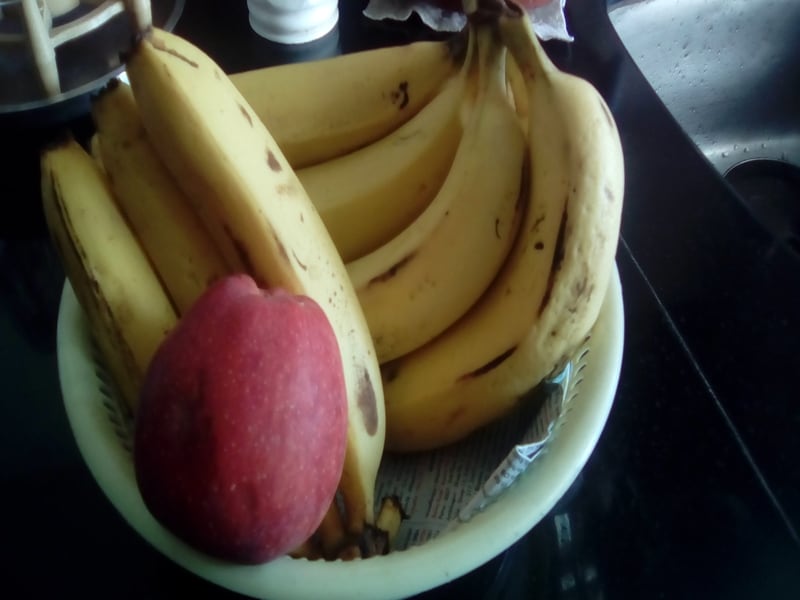 The camera interface is simple to use. There are shooting modes on the right, which you can cycle through, and there are more options on the left. Alcatel has also included a Polaroid mode, which lets you add effects and change the frame of the final picture. The rear and front flashes are both pretty weak, and even with the phone in close proximity to subjects such as faces, they aren't lit up satisfactorily.

The Alcatel Pixi 4 features a 2000mAh battery, which lasted for 7 hours and 47 minutes in our HD video loop test. Under regular use, we noticed that standby time was excellent, with the phone lasting well beyond a day and a half when usage wasn't very active. Charging is slow so it will take you a couple of hours to fully charge the battery. 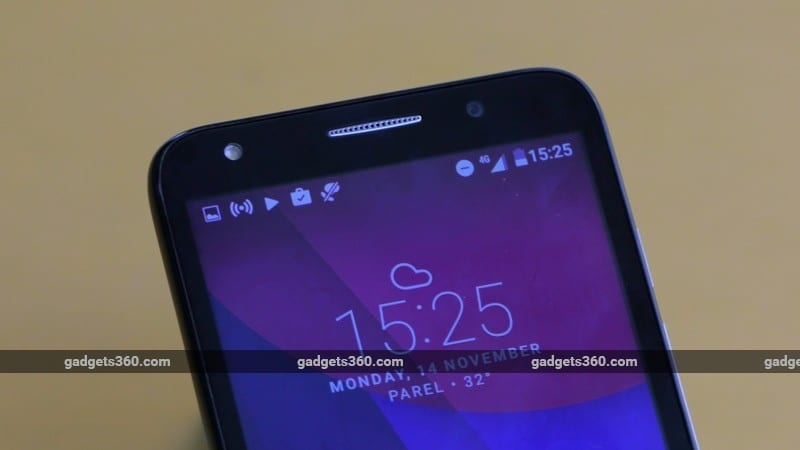 Verdict
The Alcatel Pixi 4 launched at Rs. 4,999 but it’s now selling for a bit more at Rs. 5,499 through Flipkart. This is a fairly modern entry-level phone as you get Android Marshmallow and 4G VoLTE support. However, be prepared for below-average app and camera performance.

The Karbonn Quattro L50 HD is also still a viable option in this space and so is the InFocus Bingo 21. The trouble with entry-level smartphones today is that we still don’t have a good all-rounder, which is a real shame. You’re going to have to live with some major compromises, be they in software or hardware.

The Pixi 4 would have been a good option had Alcatel fitted slightly better hardware inside. We’d recommend looking at the Karboonn and InFocus options as alternatives.

Further reading: Alcatel Pixi 4 review, Alcatel Pixi 4 price, Alcatel Pixi 4 price in India, Alcatel Pixi 4 specifications, Alcatel Pixi 4 features, Alcatel, Pixi 4 review
Roydon Cerejo Email Roydon Roydon Cerejo writes about smartphones and laptops for Gadgets 360, out of Mumbai. He is the Deputy Editor (Reviews) at Gadgets 360. He has frequently written about the smartphone and PC industry and also has an interest in photography. With over a decade of experience covering the consumer technology space, he is also an avid sci-fi movie and TV show geek and is always up for good horror flick. Roydon is available at roydon@gadgets360.com, so please send in your leads and tips. More
OnePlus Pixel Spotted on Geekbench Ahead of OnePlus 3T Launch
SwiftKey for Android Update Brings New Layouts, Incognito Mode, and More