There was a time when the lesser-known brands would be looking at offering low-cost offerings to capture the price sensitive customers. Though some brands (read the Intex and Karbonns of the world) are still running after the same target group, there are also some brands that are looking at bringing in premium looking smartphones, which have a slight edge over their rivals.

This smartphone measures a mere 6.45 mm thick and is being touted as "the slimmest smartphone in its category. Let's find out how this smartphone performs on the other parameters. 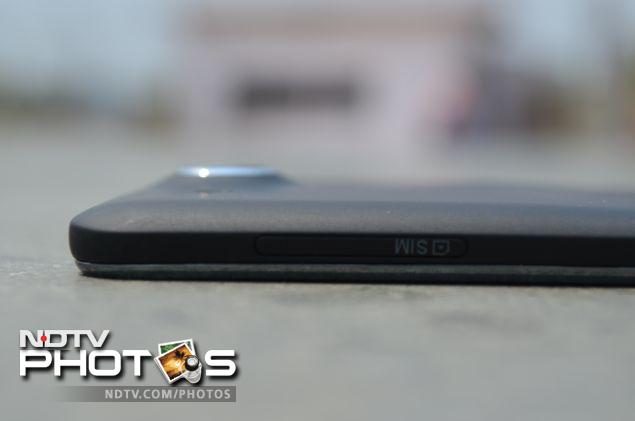 Most of the front is taken up by the 4.7-inch display. It also has well-rounded borders. As per the company, this smartphone comes with Oleophobic Coating, which helps keeping the finger prints at bay. However, it is not as effective as we had hoped.

The power/ standby button is situated at the top left of the smartphone. Most smartphones that have the power button on the top house it on the top right. and hence one has to get used to this placement. On the top right is a USB/ charging slot, which is elegantly covered by a flap.

One of the major disappointments in terms of design of this smartphone comes from the fact that it has no 3.5mm jack. The company has bundled in a USB to 3.5mm jack in the pack but it is a little inconvenient to carry the small jack at all times.

We have seen that most slim smartphones come with a protruding camera lens. Though Alcatel One Touch Idol Ultra is no exception in this regards but its camera lens is not as protruding as the other recent smartphones. 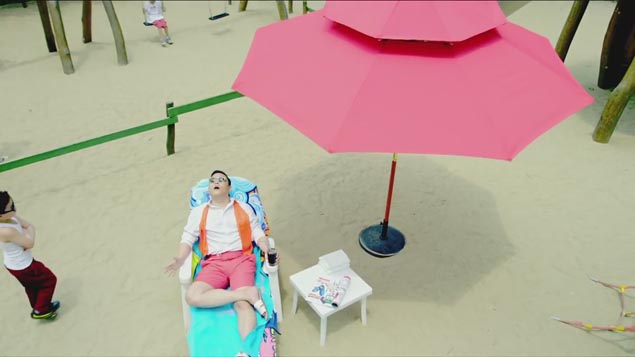 Alcatel One Touch Idol Ultra sports a 4.7-inch 720x1280 pixels AMOLED screen with 16 million colours. The smartphone packs-in 312 pixels per inch. The text looks crisp on this smartphone however the colours appear to be saturated. For example, in the popular game Temple Run 2 the golden and green colours look overly bright and very unreal.

Hence pictures and videos look very artificial on the Alcatel One Touch Idol Ultra. The touch response of the smartphone is acceptable.

The display is not very reflective and under sun visibility is great. The viewing angles on the phone are decent.

Software/ Interface
Alcatel One Touch Idol Ultra runs on Android 4.1.1. The smartphone has been lightly skinned by Alcatel. The traditional ring shaped lock screen has been replaced by four rectangular tiles. On the lock screen you have the choice of going to the home screen, launch the message inbox, start the camera or head to the calling application. For launching any of these functions, you need to pull the corresponding tile downwards. The company has opted for a sharp blue colour for its menu.

Alcatel One Touch Idol Ultra comes with three capacitive buttons - Back, Home and Menu. The Menu button also doubles up as an app switcher on long press, while long pressing Home button launches the Google Now. 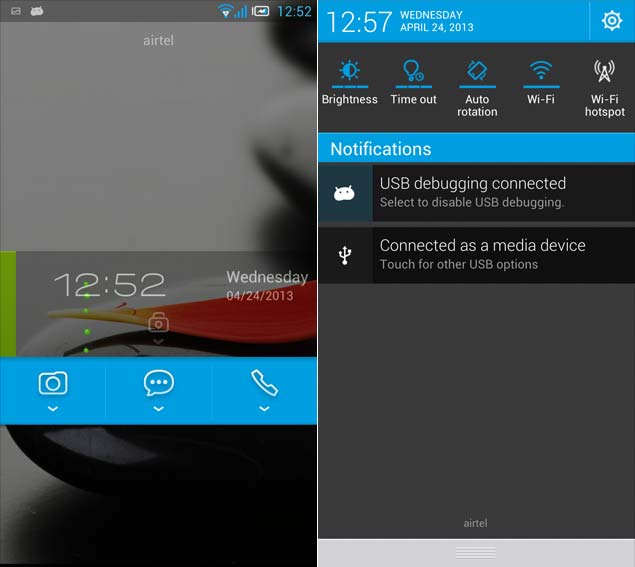 The smartphone can have a maximum of five home screens that you can fill with widgets and apps.

The company also has a tie up with Idea Cellular for data bundling and hence apps such Idea Fresh, IdeaTV and IdeaMail are also pre-loaded on this smartphone.

Camera
Alcatel One Touch Idol Ultra features an 8-megapixel auto-focus camera with features like Face detection and Smile detection. You can click the pictures by pressing either of the volume keys or by using the click button on the screen. The camera is able to take decent images during daylight. The colours look slightly brighter than the actual objects. However, the images clicked indoors have a lot of noise. 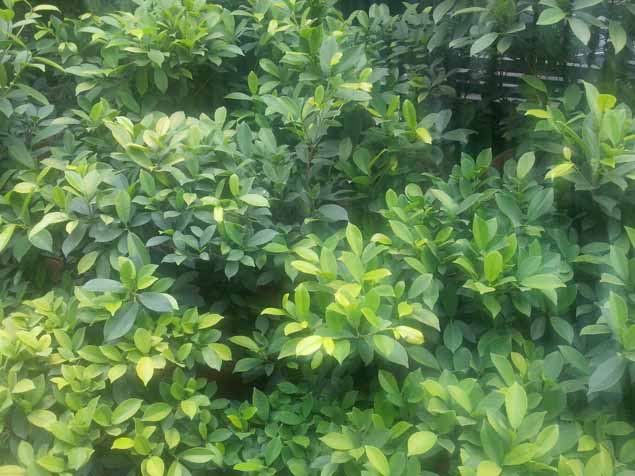 You can also capture unlimited pictures in the burst mode. For doing the same, all you need to is keep pressing the trigger and release it when you are done. The rear camera can also capture 720p videos, which are nothing to rave about.

Pictures clicked with the 1.3-megapixel front camera are very grainy. The camera user interface is like that most stock Android smartphones. Overall, on the camera front, this smartphone leaves a lot to be desired.

Performance
Considering that Alcatel is asking for over Rs. 20,000 for this smartphone, you really expect the smartphone to perform well without lags and jerks. Thankfully, the smartphones does not let you down on this front.

Alcatel One Touch Idol Ultra is powered by 1.2GHz dual-core processor along with 1GB of RAM. One is easily able to launch applications on the smartphone and play popular games such as Fruit Ninja, Temple Run and Angry Birds without any hiccups.

The smartphone comes with 16GB of internal storage, of which 13.3 GB is user accessible. However, one cannot expand the storage any further and that might be bummer for some users.

This smartphone can natively play popular video files such as AVI and MKV without any glitch, but it was unable to play 1080p video files. The audio quality of the smartphone is good both through speakers and headphones.

This smartphone comes with the native Android browser along with Chrome. The web pages render well on both these browsers. 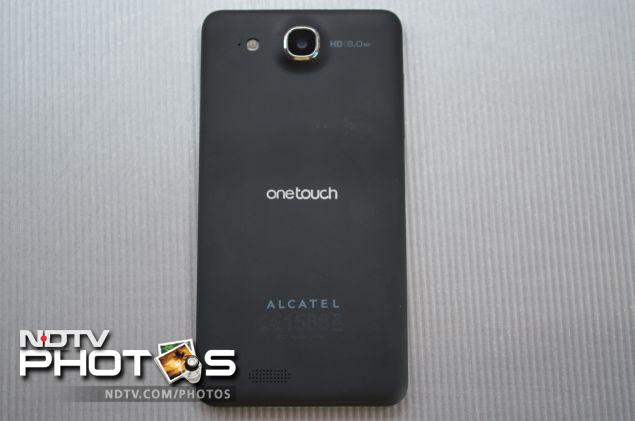 The phone comes with a 1,800mAh battery, and based on our experience, it will just about last you a full day. We charged the smartphone first thing in the morning and with medium to heavy usage, including 1-1.5 hours of phone calls, one Gmail account with push notifications, screen at maximum brightness, Twitter and Facebook notifications and WhatsApp chats, the Alcatel One Touch Idol Ultra lasted good 11-12 hours. It's also worth pointing out that we had turned on Wi-Fi and switched off auto-brightness. Altering these settings might help in running the phone for a longer duration, depending on your usage pattern.

Verdict
Alcatel One Touch Idol Ultra is a nice looking smartphone, which has almost all the design elements that most premium smartphone offer. The overall build quality of the smartphone is good. However, the display is not really what you would expect from a top line smartphone. The primary colours look brighter than usual.

On the plus side, the smartphone delivers a good battery backup.

In comparison to Alcatel's offering, Galaxy Grand Duos seems pretty thick and at 162 grams feels quite bulky. However, it has a slightly large 5-inch screen and it offers dual-SIM capability. The display of Samsung Galaxy Grand Duos is not the best in league but the camera performance is much better than Alcatel One Touch Idol Ultra. Galaxy Grand Duos also packs in a larger 2,100mAh battery.

At the same price point, Xolo is also offering its Xolo X1000, which comes with a 2GHz processor. This smartphone too has great looks and a zippy performance but it is running on the dated Android 4.0 (Ice Cream Sandwich)