10.or has been around for a year in India, and so far, the ‘Crafted for Amazon’ brand has launched three smartphones. Think of it as the ‘AmazonBasics’ of smartphones. The company recently introduced a successor to the 10.or D (Review), simply called the 10.or D2.

The main appeals of the previous offering were its low pice and the fact that it was the only phone priced under Rs. 6,000 to offer a fingerprint sensor. The new 10.or D2 boasts of a trendy 18:9 display, but sadly, ditches the fingerprint sensor. 10.or has also increased the prices of the two variants too by Rs. 1,000 each, which puts the 3GB model in close proximity to the Xiaomi Redmi 5 (Review).

As an Amazon-exclusive product, is the 10.or D2 aggressive enough to take on its competition in 2018? Let’s take a look.

When you’re working with a tight budget, it's usually not feasible to use high-quality materials, but some manufacturers do offer metal-bodied phones for less than Rs. 10,000. The 10.or D2 uses plastic for the body, which is put together well but doesn't have any kind of premium feel. The phone looks quite bland, with no texture or any design on its back. The size and shape make it comfortable though, and one-handed usage is very manageable.

The taller 18:9 display does make it a little hard to reach the notification shade, and you don’t get any on-screen gestures to help with this either. The 10.or D2 packs a 5.45-inch HD+ LTPS panel with Panda glass, which is similar to Gorilla Glass and offers scratch protection. It’s hard to say how durable this glass is compared to the DragonTrail or Corning’s offerings, but we’ve used the phone in our pocket with a set of keys and it didn't suffer any damage over the course of a week. The 10.or D2 also has an IPX2 making it resilient to dripping water, which is far from water resistant but better than nothing.

Above the display, you get a notification LED and a camera flash in addition to the earpiece and front camera. On the left, there’s a tray for two SIM cards and a microSD card (up to 128GB is supported). The 10.or D2 supports 4G with VoLTE but only on one SIM at a time. This means if you use Jio, you'll need to make sure you set that SIM as the preferred one for cellular data in order for it to work. The 10.or D2 also supports Voice over Wi-Fi and ViLTE. The Micro-USB port and headphone socket are placed on the bottom and top respectively, while the buttons are on the right. The back just has a single 13-megapixel camera and an LED flash, and a speaker grille towards the bottom.

The lack of a fingerprint sensor is disappointing when you factor in the Rs. 7,999 price for the 3GB variant, and the fact that the more affordable 10.or D had it. The 10.or D2 doesn't have face unlock either, which means you'll have to use the traditional pin or pattern lock methods. (Update, September 18: The company sent us a retail unit of the 10.or D2 that had face unlock and said it was missing only from the unit we got earlier. With that said, we noticed during our testing that it doesn't work well all the time. Even under good light, there were instances where face detection failed to work as you'd expect.) In the box, you get a USB cable, 5W power adapter, and SIM eject tool, but no headset.

10.or D2 specifications and software

In terms of power, the D2 doesn’t differ much from its predecessor. It uses the same quad-core Qualcomm Snapdragon 425 mobile platform, which is relatively underpowered these days. We can understand sub-Rs. 6,000 phones still using this SoC, but for a phone that costs Rs. 8,000, it’s quite weak. Our review unit has 3GB of RAM and 32GB of storage, but the 10.or D2 is also available with 2GB of RAM and 16GB of storage for Rs. 6,999. 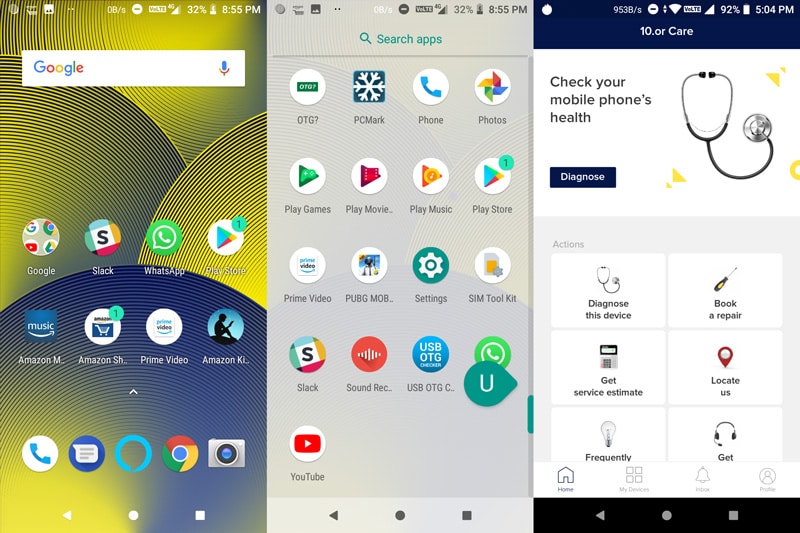 Other specifications include Bluetooth 4.2, single-band Wi-Fi 802.11b/g/n, sensors including an ambient light sensor and gyroscope, GPS and GLONASS, FM radio, and USB-OTG. 10.or has also used an Awinic audio algorithm for enhanced sound through the speaker and headphones.

There’s stock Android 8.1 Oreo, which is nice to see especially since this phone doesn’t have the best hardware. You get a bunch of Amazon apps pre-installed, including Alexa, Kindle, Amazon Music, Amazon Shopping and Prime Video, and none of them can be uninstalled. There’s a 10.or service app to check your device’s performance or book a service appointment, which is handled by Servify.

The 10.or D2 is pretty comfortable to use on a daily basis. It slips easily into most pockets and doesn’t get too hot when gaming or in general use. The interface doesn’t feel very fluid. Despite having 3GB of RAM, there was a noticeable intermittent stutter when we were switching between apps or just browsing through the menus. Games ran well, but heavier titles defaulted to the lowest graphical settings. PUBG felt sluggish even at the lowest quality setting, but casual titles such as Alto’s Odyssey fare better. 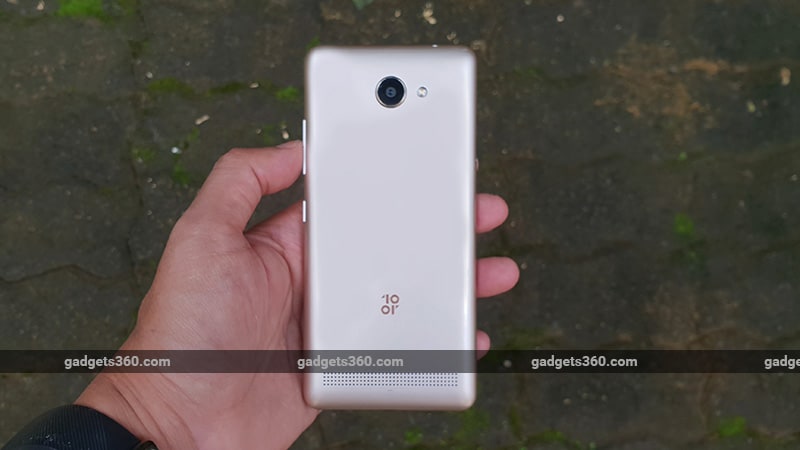 The phone handles popular audio and video formats well. Despite being on Oreo, it doesn’t support the advanced aptX audio codec, which we noticed when using the OnePlus Bullets Wireless. The speaker isn't great for music and the audio is tinny, but notifications are loud. The sound is muffled when the phone is placed on a flat surface. The display offers good touch response and is easily legible outdoors under sunlight. However, it lacks any kind of oleophobic coating so fingerprints are a problem.

One of the strengths of the 10.or D2 is its Sony IMX258 sensor, which captures good details in landscapes but tends to struggle with getting the focus right in close-up shots. There is PDAF (Phase Detection Autofocus) but it sill takes a second or two before the phone locks focus. HDR is handled well during the day but it doesn’t kick in automatically. The biggest issue we faced was shutter lag, which caused blurry shots when we were not completely steady, even in ample light. Shooting with HDR increased the processing time significantly. At night, edges around subjects weren't well defined and details were a little blotchy, but there wasn't too much noise. 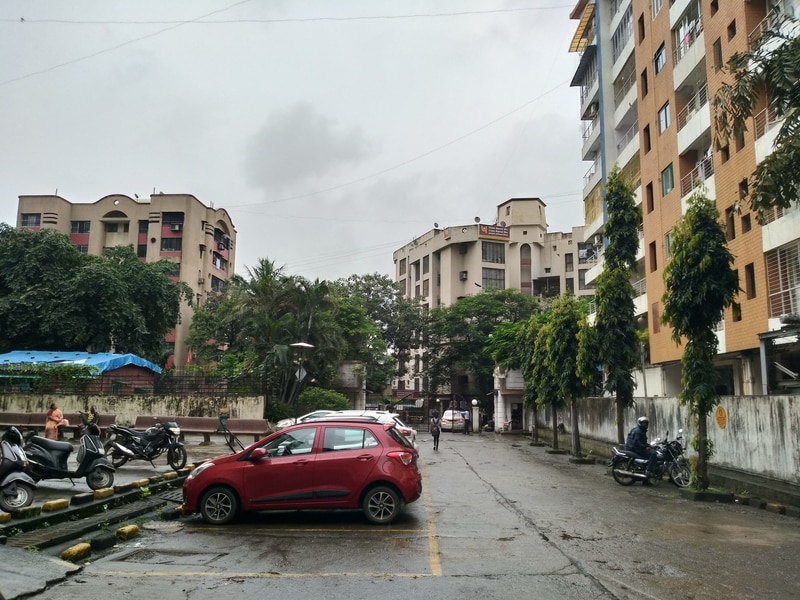 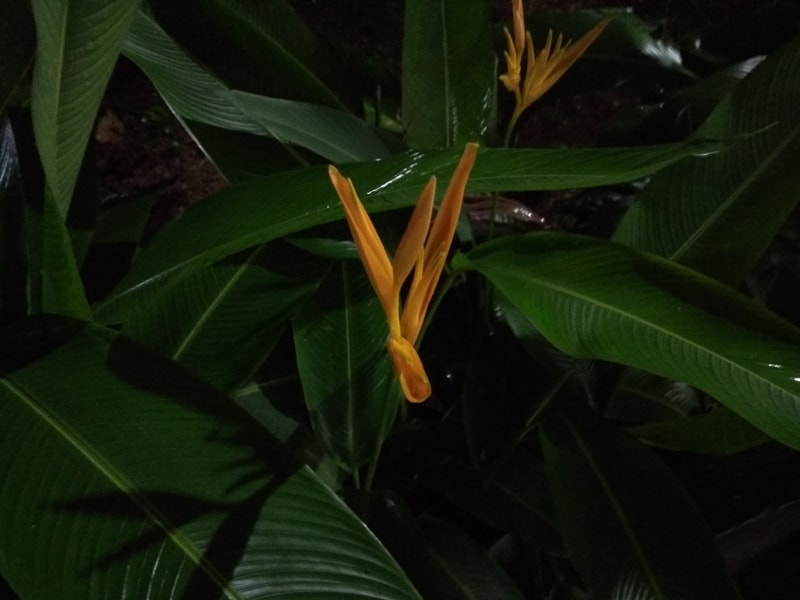 The 10.or D2 can shoot video at up to 1080p at 30fps, or 720p at 60ps, but there’s no continuous autofocus and weirdly, we found that we couldn't tap-to-focus either. Tapping the screen when shooting instead saves that frame as a JPEG. You can enable stabilisation but it’s not very effective and created a noticeable jelly effect in our videos. Other options include colour filters, a beautification mode, and some standard shooting modes such as Panorama, Low light, etc. The front 5-megapixel camera did a passable job with selfies, and in low-light, the screen flash was handy although it did mess up skin tones.

The 10.or D2 has a 3200mAh battery which managed to last us an entire day with light to medium usage. With heavier use, which involved Bluetooth audio streaming, about an hour of PUBG, and general browser and WhatsApp usage, we still managed to average about 17-18 hours before the battery dipped below 10 percent. Charging the battery to 100 percent took us around four hours, since there’s no fast charging and the bundled adapter is only a 5W unit.

Verdict
The 10.or D was a decent phone at Rs. 5,999, and the company tells Gadgets 360 that it’s actually keeping that model around due to continued demand. 10.or also still sells the 10.or G, which is a premium offering at Rs. 7,699 and trumps the 10.or D2 in every possible way when it comes to features and specifications and is also due for an Oreo update, which 10.or says is coming soon.

So this begs the question, why does the D2 even exist? The 3GB model that we reviewed is priced at Rs. 7,999, which is too expensive considering that you can grab the Xiaomi Redmi 5 for Rs. 1,000 more or simply pick the 10.or G for a little less.

The philosophy of the 10.or brand has been about designing products based on user feedback and reviews left on Amazon’s product pages. The D2 therefore does offer a taller, 18:9 aspect display, which many buyers look for these days, but sadly, there's little else to get excited about.

Update: After the review was published, 10.or reached out to us to clarify that the 10.or D will indeed be discontinued.

Roydon Cerejo Email Roydon Roydon Cerejo writes about smartphones and laptops for Gadgets 360, out of Mumbai. He is the Deputy Editor (Reviews) at Gadgets 360. He has frequently written about the smartphone and PC industry and also has an interest in photography. With over a decade of experience covering the consumer technology space, he is also an avid sci-fi movie and TV show geek and is always up for good horror flick. Roydon is available at roydon@gadgets360.com, so please send in your leads and tips. More
BSNL Rakhi Recharge Gives Unlimited Voice Calls, Data for Rs. 399 to Rival Jio
Google Finds Security Flaw in Fortnite Android Installer; Epic Games Fixes Issue