There are a lot of things to like about the Pixel and Pixel XL, Google's new flagship smartphones. The cameras on both smartphones have been consistently appreciated by critics, Google Assistant is the best virtual assistant we have on a smartphone to date, Android 7.1 Nougat is buttery smooth and highly functional, and the unlimited full-resolution backups of photos and videos on Google Photos is the cherry on the cake.

With the Samsung Galaxy Note 7 basically going up in smoke, Android was desperately in need of a top-end smartphone, and the Pixels appeared at just the right time to fill the gap.

Not everyone appreciated the high price of the Pixels - at Rs. 57,000 for the base model Pixel, going up to Rs. 76,000 for the top end Pixel XL, we're clearly in iPhone territory here. With Google, people had come to expect the far more reasonable pricing we've seen in many Nexus phones for years now.

Unlike Google, Apple has been charging a premium for its devices for a while, and people have been willing to pay this because of the consistency that Apple has delivered - people who buy these phones do so because they expect them to "just work". Unfortunately, that’s something the Pixel phones aren't delivering on right now.

Less than a month after the launch in October, Pixel owners reported of lens flare or a ‘halo effect’ occurring around the edge of pictures taken in certain lighting conditions. A Google representative acknowledged the issue and said the company will try to mitigate it with a software update.

Just days later, other reports suggested the phone failing to reliably pair with Bluetooth of in-car entertainment systems. By the end of October, we heard of microphones not working on certain Pixel phones.

Come November, it was noticed that people were facing LTE connectivity issues, particularly with the Band 4 (1700MHz) frequency. This too was acknowledged by Google reps and they said a fix was on the way. In India, the Pixel phones did not support Reliance Jio for over a month.

Towards the end of November, some users reported that screenshots sent from an iPhone 7 and iPhone 7 Plus to Pixel phones appeared distorted. In the beginning of this month, we’ve already seen major camera freezing issues, audio cracking at high volumes for some users, and the double-tap to wake gesture not working consistently. More recently, some users are saying the phone freezes entirely. 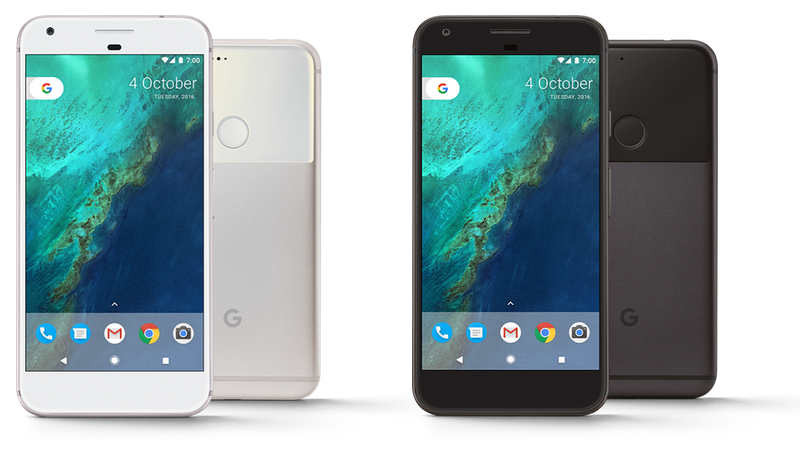 And while the plural of anecdotes is not data, we can add that we know of four people who purchased a Pixel or Pixel XL in India. Of that, two are now using replacement units, owing to different issues that cropped up with their phones.

Even if you’ve glanced through the last few paras, it isn’t hard to deduce that the Pixel has had its fair share of problems in less than three months since it was unveiled. It is surprising to see issue after issue, especially when the two companies responsible for making these phones - Google and HTC - aren’t newcomers to the game.

Although this may be the first self-branded phone, Google has had enough experience working with various partners including LG, Samsung, Asus, Huawei, even HTC, co-producing Nexus phones. And there’s no doubting HTC’s credentials either, as the company has been making premium smartphones for nearly two decades. In all fairness, Google has proactively admitted to many of the issues mentioned above, and is said to be working on fixing them, while the people we know with Pixels also had no complaints about the responsiveness of customer support.

But this is where the premium pricing starts to pinch. If you buy a phone in the Xiaomi (or even OnePlus) range, you're willing to put up with a few things not working properly, as long as the brand keeps supporting you and customer care works reliably. But when you're paying top-dollar for your product, the expectations become a little higher.

It's true that some iPhone models have also had their share of problems, but Apple has had 40 years to build up customer trust, and it's also built up a reputation for great customer service. And despite that, keeping customers happy is still a daily battle - one that the company sometimes still struggles with.

Google's famous for its software products - whether you're talking about Gmail, Maps, YouTube, Search itself, or even Android, Google is a part of most peoples' lives and it's become indispensable. Unfortunately, the Pixel phones themselves do not live up to this reputation at all.

If Google is serious about hardware, and Pixel is not going to be just another experiment, then it needs to go beyond just plugging leaks; it needs to prevent them from happening at all. It's going to have to bring out more Pixel phones next year, and it's going to have to keep striving for the best quality (and fewer issues) if it wants to be taken seriously as a smartphone 'brand'.