Android is a complex and resource intensive operating system that is not designed to run on low-end hardware. Uber cheap smartphones are generally associated with a broken, frustration-filled user experience. Enter Android Oreo Go edition - a brand new stripped down version of Android designed from the ground-up for low-cost smartphones with underpowered processors, meagre amount of storage, and less than a gigabyte of RAM. It has also been designed with data saving in mind. This is Google’s second crack at building a version of Android for low-end devices.

The company from Mountain View, California introduced Android One back in 2014 with an aim to provide a consistent and smooth user experience on low-cost smartphones and “reach the next billion people”. However, lack of OEM support,  and poor optimisation for low-end hardware meant that the program was eventually completely re-tooled as a pure Android experience for smartphones irrespective of their price point. Recently, Motorola launched the Moto X4 Android One edition, and Nokia joined the Android One programme with the Nokia 6 (2018), Nokia 7 Plus, and Nokia 8 Sirocco.

Back at Google I/O 2017, Google announced it is taking another shot at building an operating system designed specifically for ultra-cheap smartphones. In a nutshell, Android Go - or Android Oreo Go edition as this year’s version is called - is Google’s latest attempt at providing a stripped down version of Android capable of running smoothly on low-end hardware without compromising on core functionality.

The operating system itself takes up less space than the full fledged build of Android. The install size is about 3GB, so phones with only 8GB of storage still leave the users with 5GB of usable storage. Google also modified the system UI and kernel to allow the operating system to run on as little as 512MB of RAM. Lastly, Google has re-worked all of Android’s first-party applications. Google Maps, YouTube, Chrome, the Google Search app, Google Assistant, and Gmail have been stripped down to take up to 50 percent less storage and load at least 15 percent faster. 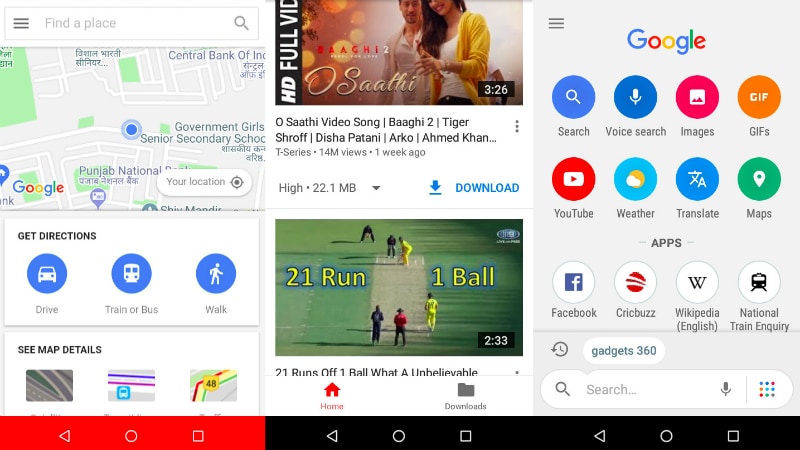 Google is not the only company trying to dip its hands in this elusive and yet untapped segment of the mobile market. Platforms like Firefox OS have tried and failed to present themselves as viable operating systems for cheap smartphones. Kai OS, which is found on the likes of the Nokia 8110 4G and Jio Phone, is trying to bring the power of smartphones to feature phones.

On paper, Android Go seems extremely enticing. An operating system designed specifically for low-cost smartphones has enormous potential, especially in developing countries. The fact that it is backed by one of the biggest tech companies on the planet just adds to its appeal. However, the proof as they say lies in the pudding. We used Android Go on the Nokia 1 for the past seven days, and our experience has been sub-optimal to say the least.

Navigating through the basic user interface itself is zippy enough, but having a few applications open in the background slows it to a crawl, and this is with a phone with 1GB RAM. it scares us to imagine what Android Go will run like on a smartphone with 512MB of RAM, which it is supposedly designed for. The recent app drawer shows a low-resolution preview of all the applications and many apps, including first party ones, take a second or two to render from low-res to high-res after they have opened.

We witnessed several frame drops, stutters, and keyboard lags while doing even the most basic of tasks like taking a picture, browsing through mobile optimised web pages, and chatting on WhatsApp. Applications, even lite versions like Facebook Lite and Linked In Lite, took a long time to open and reminded us of the days of old Nokia Asha feature phones. And this is happening on a brand new phone that's not filled up with files and multiple applications that are running in the background.

For an operating system designed specifically for low-end hardware, these are not good signs. If the smartphone was running a full version of Android, the low-end hardware could be blamed but here the software is supposed to work on the hardware at hand.

What does not help is that some of the special Android Go applications themselves are half-baked and lack many key features. Take the YouTube Go application for example. It is extremely bare boned, and only shows country-wide recommendations. There is no way to access your subscriptions or suggestions tailored to your tastes. Add to that the fact that the app itself crashed on us several times does not bode well for the platform.

The Maps Go application is another misfire. First off, it is not a proper application at all but a Web app that opens in the browser.  As a result, it is slow and stutters. To add insult to injury, it does not allow for turn by turn navigation and actually recommends installing the fully featured Maps app from the Play Store for the same. That really defeats the purpose of this app. 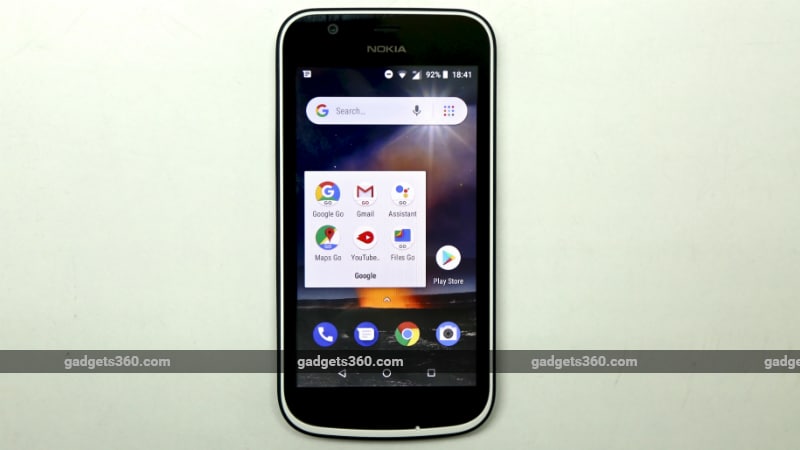 The Nokia 1 is one of the first smartphones in India to run Android Oreo Go edition.

To give credit where it is due, the re-tooled Google Search application works quite well and has toggles for translate, GIF search and voice search built right in. it even has bookmarks to a host of websites collated under categories like social, entertainment, news, shopping and so on. The Files Go application is also a nifty addition for phones with limited amounts of storage. Far from just a simple file manager, it helps manage your storage and allows you to offload files to the cloud.

The Play Store does have a special section for apps that play well with Android Go but as of the publishing of this article, there are only a few tailor made ‘Lite’ apps for Android Go in that list and the line-up is quite scarce. Which brings us to issue with Android Go at the moment - there are no barriers in no place to prevent installation of heavy applications not meant to work on the platform. While the Play Store recommends Android Go apps, users can pick and choose whichever apps to install. And resource intensive apps and games like the full version of Facebook and Asphalt 8 obviously do not work well on the hardware at hand - but how many users will be aware of that?

Lava and HMD Global have already thrown their hat into the Android Go ring with the Lava Z50 and the Nokia 1 respectively and Micromax is expected to launch the Bharat Go smartphone very shortly. It's a start, but to call a spade a spade, our first impressions of Android Go have been quite underwhelming. Given the price of the Nokia 1, you're better off buying a phone like the Xiaomi Redmi 5A instead, for now. Simply put, there is a lot of room for improvement and unlike a couple of years ago, plenty of decent options even in this price segment. The platform seems to lack optimisation at the moment and some of the apps are half-baked and bare-boned.

With all the space saving measures and the promise of future updates, the basics are in place - just a bit of spit and polish is needed. This is just the first release of Android Go and we hope Google can unleash the platform’s potential in future iterations. As of now though, we feel it is better to buy a smart feature phone or a cheap fully featured smartphone that runs a full featured build of Android. Android Go was supposed to fix cheap smartphones. Before that can happen, we think Google needs to iron out the problems with Android Go itself.