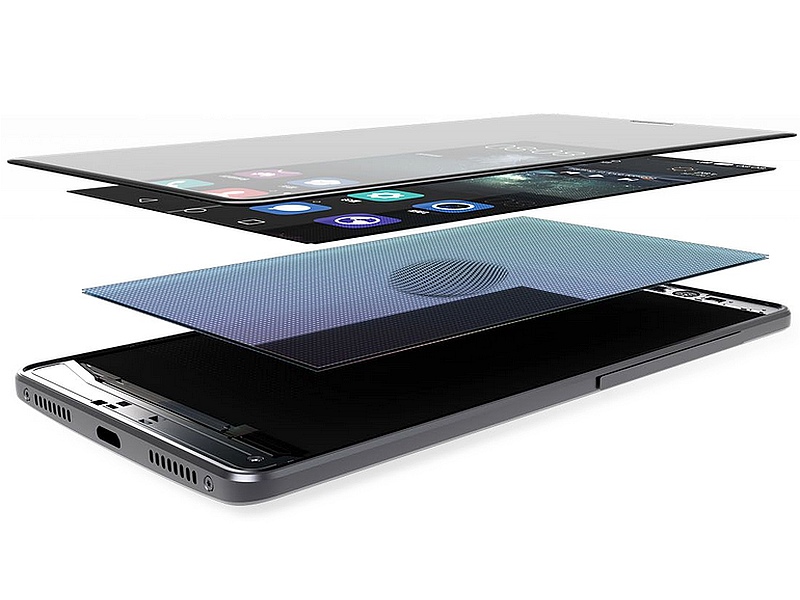 Do Androids dream of 3D Touch? Nope. Much brouhaha has been made about Apple's 3D Touch technology, and the innovations it brings to the iOS user interface. It all sounds a little hypocritical to me. The only reason iOS users are celebrating is because their interface is crippled to begin with, thanks to the inclusion of just the single, oh-so-iconic-and-endlessly-copied, home button.

Being forced to use just one button for all navigation and input puts pressure on the display (no pun intended) interactions. Just as Mac users were forced to get used to gestures on their trackpads and Magic Mouse pointing devices in order to get past the single button mouse, iOS users need to learn a variety of gestures to efficiently use their devices, and app makers need to add a variety of more ways to access options solely on touch.

On top of all that, there is a lack of customisation on iOS. Can you install an app that changes the way the home button works on iOS? Of course not. But you can on Android. The only question is whether your smartphone has on-screen navigation keys, or hardware ones. How exactly does this help, you ask?

Take for example a vital daily smartphone interaction for me: I switch between two open apps on multiple occasions every morning - my browser and my word processor. I quickly double-tap my home button, and jump to my last app. This is with Cyanogen OS, which comes with a wide range of customisation options, but even if you're not interested in installing a custom ROM on your phone, you can install a simple launcher such as Nova Launcher that will provide similar functionality to any version of Android.

On the iPhone, you are forced to follow the tedious method of double tapping the home button, and then selecting the app you want to visit from the app switcher menu. On an iPad, there is a four-finger swipe gesture that takes you to the last app - but trust Apple not to offer that on the iPhone, perhaps because of some design mantra about how four finger swipes are not meant for mobile. I don't consider myself a power user on Android, but on an iPhone, I would be an impotent user.

So, does 3D Touch find a way to circumvent the single-button limitation? No, not at all. Instead, all it does is provide a new way to bring up options. Something that can be done by adding perhaps a single extra step to an Android workflow. Long-press an app icon, and when the app is selected, tap the menu button. This could theoretically show you a list of options alongside the app icon. With Nova Launcher, you'll already see three options when you long press an app icon in the app drawer or home screen - uninstall, app info, and edit. On iOS? If you long press an app, you get the option to move it, uninstall it, or drop it into a folder. That's it!

Instead of pressing a menu button to bring up more options (the way it works on Android), iOS users on a iPhone 6s or iPhone 6s Plus can use 3D Touch. What does this mean? Apart from Quick Actions on app icons, users have Peek and Pop options. When a link or app is highlighted, users can press the screen "firmly" to bring up Peek options, and within those options, they can press "deeply" to see the Pop Into options. That's nice.

That's possibly the funniest bit about 3D Touch, learning how to differentiate between a regular press and a hard press. We've seen more than one iPhone 6s user banging at their phones to bring up the additional options, and we needn't tell you how successful people would be at providing the subtle distinction in touches when they are inebriated.

Why am I ranting about this, you ask? Well, it's a reaction to the disappointment being expressed by some reports that Google will not bring pressure sensitive display support to Android N at launch. Frankly, 3D Touch is a me-too feature that Android OEMs such as Gionee and Huawei have brought to their phones simply because Apple has it. The iPhone is a very popular device in China, and Huawei introduced Force Touch on its Mate S smartphone just ahead of the iPhone 6s launch, evidently seeking to beat Apple to the punch of introducing a pressure-sensitive display on a smartphone.

But realistically, pressure-sensitive displays ​only​ matter for artists trying to shade or stroke while digital painting on tablet devices. However, most artists don't have a requirement for a general purpose device like the Apple iPad Pro and Microsoft Surface Pro 4 - and usually use specialised drawing tablets with pressure-sensitive styli.

I for one am not disappointed 3D Touch is not coming to Android in the very near future. Taken as a whole, there's nothing really being lost by not having a needless feature driving up the cost and weight of our devices.
Comments