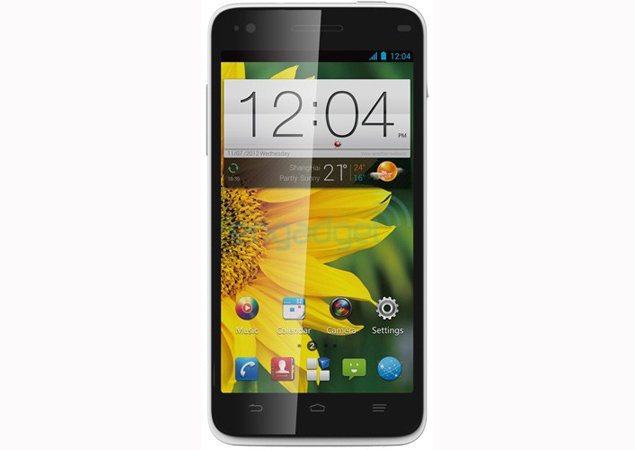 ZTE's much talked about 5-inch smartphone, ZTE Grand S has made another appearance online. Engadget has now posted a press shot of this new smartphone, which they managed to get their hands on through an anonymous tipster.

It is being touted that ZTE will be unveiling its new flagship smartphone at CES 2013 in Las Vegas on January 8. We had reported a few days back about ZTE mulling to launch its Grand S smartphone soon.

So far there are very little details available about ZTE Grand S apart from that it may have a unibody design and a full-HD display. Also, this smartphone will be very thin.

The only full-HD smartphone out there in the market right now is from HTC. The smartphone is available under the names HTC J Butterfly, HTC Droid DNA and HTC Butterfly across various markets. However, as mentioned earlier, 2013 is set to be the year of full-HD phones, with flagships from Samsung and LG expected to feature big displays with 1080p resolution.

It is expected that Sony, Lenovo, Sharp and Huawei may join the brigade soon.