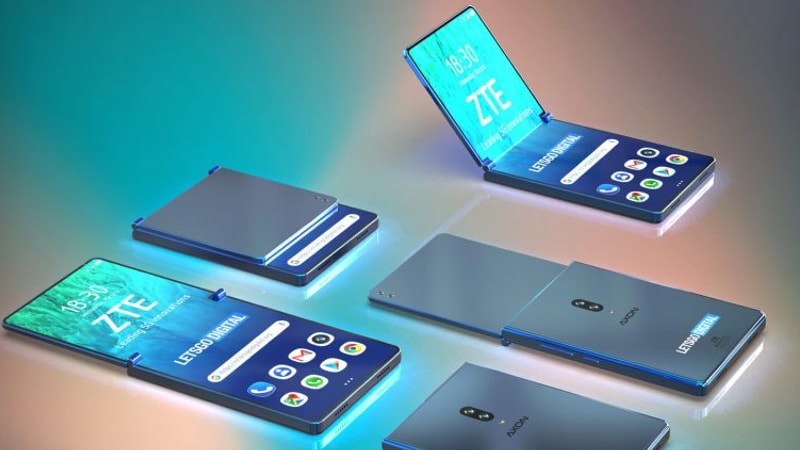 ZTE has filed a patent application for a smartphone that can fold vertically, quite similar to Lenovo-owned Motorola's concept of a foldable phone, likely to be launched under the Razr brand.

The patent shows the upcoming smartphone's design and foldable mechanism. It appears that the phone will fold inwards, but not in the middle. The upper half of the flexible display looks shorter.

Interestingly, ZTE's patent doesn't show a selfie camera. There's no cutout design for the front-facing camera either. On the right-hand side, there are two physical buttons. At the back, there's a dual camera setup and a hole for an LED flash. At the bottom, there are circular holes for speakers and/or the microphone along with a charging port.

The patent application was first spotted by LetsGoDigital, which has also posted 3D renders of ZTE's upcoming phone based on the images available with the patent application. In case ZTE does pull this one off, the phone is likely to compete with the much-anticipated Motorola Razr foldable phone.