ZTE at Mobile World Congress 2018 announced the launch of three new phones in its portfolio. These include the Blade V9 and Blade V9 Vita in its mid-range segment, and the company's first phone with Android Oreo (Go edition) - ZTE Tempo Go. Talking about the upgrades to the Blade series, both phones sport an 18:9 display and run the latest Android 8.1 Oreo out-of-the-box. Tempo Go, on the other hand, runs a custom version of Android Oreo that has been trimmed down and optimised for budget smartphones with lower specifications.

In the camera department, the handset sports a dual rear camera setup with a 16-megapixel primary sensor and a 5-megapixel secondary sensor. The rear camera comes with features such as PDAF and dual-tone LED flash. On the front is an 8-megapixel sensor with full-HD video recording. The Blade V9 has 32GB/64GB inbuilt storage, expandable via microSD (up to 256GB). There is a 3100mAh battery under the hood.

In terms of camera optics, the Blade V9 Vita bears a 13-megapixel primary sensor and a 2-megapixel secondary sensor in the dual camera setup on the back. There is also a 5-megapixel front camera for selfies and video calling. A 3200mAh battery backs the phone from under the hood.

ZTE Tempo Go specifications
The ZTE Tempo Go is powered by a Qualcomm Snapdragon 210 SoC, coupled with 1GB of RAM and 8GB of inbuilt storage. Camera specifications include a 5-megapixel rear camera and a 2-megapixel camera sensor on the front. There is a 2200mAh battery under the hood. The phone runs Android 8.1 Oreo (Go edition) out-of-the-box. Launched at the Google For India 2017 event held in New Delhi, Android Oreo (Go Edition) is a customised variant of Android 8.1 developed for entry-level, lower-specced smartphones. 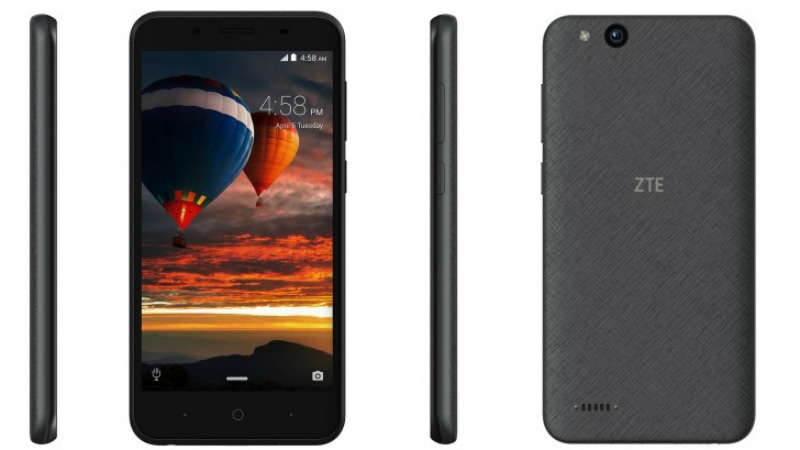 "Offering the first Android Oreo (Go edition) smartphone based on the Snapdragon Mobile Platform continues to showcase how we keep the consumer at the heart of everything we do. The ZTE Tempo Go will provide consumers with an optimized, powerful Android experience designed to allow them to do more on an entry-level smartphone than ever thought before," said Jeff Yee, VP of Product Strategy and Marketing at ZTE Mobile Devices.