After announcing the new line of high-end smartphones dubbed 'Axon' last month, ZTE on Tuesday launched its first smartphone under the new brand in the US, called the ZTE Axon. The handset is priced at $449.98 unlocked (roughly Rs. 28,500) and can be pre-ordered from the company website. The Chinese smartphone maker has not yet given details on handset's launch in other regions. 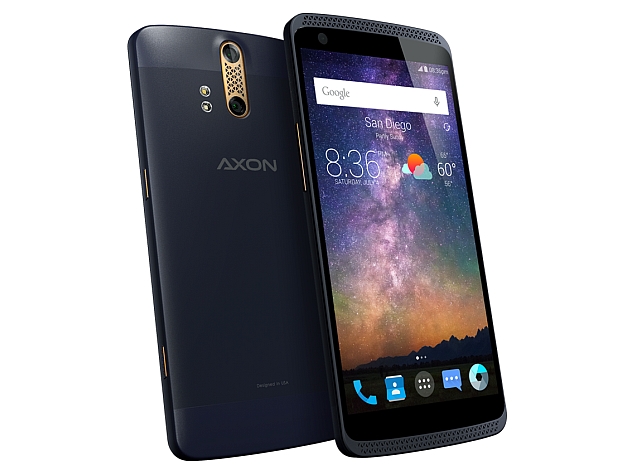 One of the highlights of the metal-clad ZTE Axon is its dual-lens (13-megapixel + 2-megapixel) rear camera with BSI CMOS sensor and dual-LED flash. Much like the HTC's Duo camera setup seen in One M8, the Axon's dual-lens camera lets users refocus an object after the image has been captured. The rear camera can also record videos in 4K resolution. The smartphone houses an 8-megapixel front-facing camera, which comes with smile-activated feature as well. The handset bears 32GB of inbuilt storage and misses out on microSD card expansion.

The connectivity features included in ZTE Axon are 4G LTE, Bluetooth 4.0, GPS, A-GPS, Wi-Fi, and USB. The smartphone is available in Ion Gold, Chromium Silver, and Phthalo Blue colour variants, measures 153.9x73.6x9.3mm and weighs 172.9 grams. The handset's audio is powered by Hi-Fi audio playback tech. The smartphone is backed by a 3000mAh non-removable battery, which is rated to deliver up to 12 hours of talk time and 240 hours of standby time on a single charge.