ZTE has added a new flagship smartphone to its portfolio. Calling it the Axon 7, the device has been made available for pre-orders in the Chinese market, and will be available for purchase online and retail stores on June 2. The smartphone should make its way to US shores soon as well, like the previous generation.

Coming to the specs, the ZTE Axon 7 dons an aluminium unibody, and runs on Android 6.0 Marshmallow with MiFavor UI 4.0 on top. It supports hybrid dual-SIM, and features a 5.5-inch QHD Super Amoled display. It is powered by the 2.2GHz Qualcomm Snapdragon 820 (MSM8996) quad-core SoC with Adreno 530 GPU and 4GB RAM.

It packs a 3250mAh battery with Quick Charge 3.0. The company claims that the battery can last up to 16 hours of talktime, and 360 hours of standby time. The Quick Charge feature can recharge the Axon 7 up to 50 percent in just 30 minutes. Connectivity options include USB Type-C port, NFC, Bluetooth, Wi-Fi, and 4G LTE. The fingerprint sensor is at the back of the smartphone.

ZTE is betting big on the audio output of the Axon 7. It houses dual speakers, M-Base support material, and claims to bring high fidelity sound performance. ZTE has even made renowned pianist Lang Lang as the brand ambassador of its Axon series. 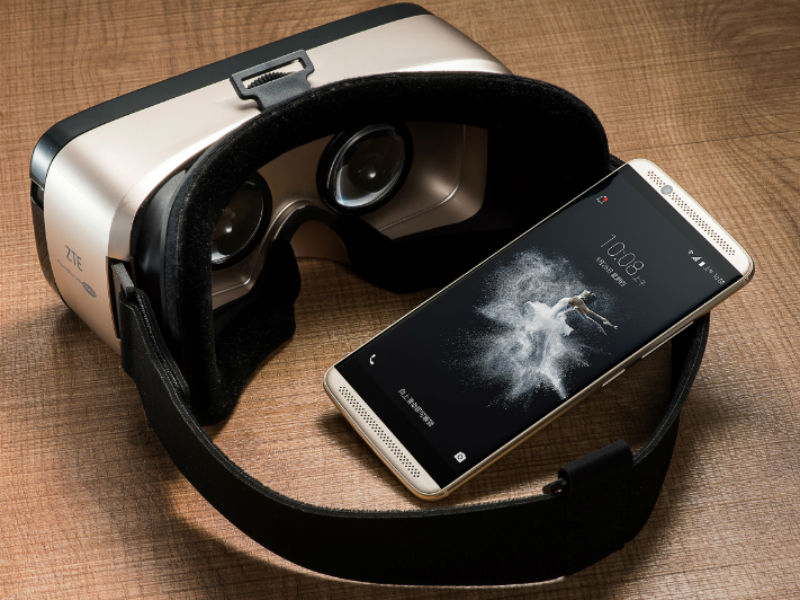 The company announced that the Axon 7 will receive the Android N update, when it arrives later in the year, and will support Google's DayDream VR. Alongside the Axon 7, the company even unveiled the ZTE VR headset, but said little about the availability and tech details. The headset is priced at CNY 518 (roughly Rs. 5,300).