Zopo has announced two new smartphones at IFA 2017 in Berlin - Zopo P5000 and Zopo Z5000. While the P5000's big USP is its almost bezel-less display, while both both phones have a mammoth battery. The smartphones specifications and features were detailed at the event, but the pricing and availability information was not announced.

While most of the specifications are identical, there are some differences that set the two phones apart. The Zopo P5000 and Zopo Z5000 sport a dual camera setup at the back, and don a full metal body. The volume and power keys both are situated on the right edge of the smartphone. The antenna bands are seen wrapped around the edges. Both also sport a USB Type-C slot and have 3.5mm audio jack support as well.

Coming to the camera, the Zopo P5000 has a dual camera setup with one 13-megapixel Sony IMX258 sensor with f/2.0 aperture and a secondary 2-megapixel sensor. It comes with a dual-tone LED flash and PDAF as well. At the front, there is a 16-megapixel selfie camera with fixed focus, f/2.0 aperture, and soft LED flash. The Zopo P5000 packs a 5000mAh non-removable battery that is rated to offer 40 hours of talk time and 480 hours of standby time. Connectivity options include 4G, WiFi 802.11 a/b/g/n (2.4GHz + 5GHz), Bluetooth 4.0, GPS, and USB Type-C port. 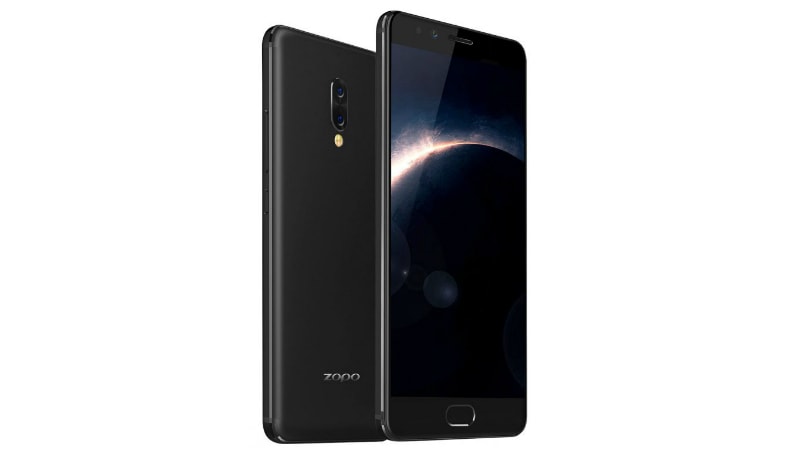 Coming to the Zopo Z5000, the smartphone has a 5.5-inch HD (720x1280 pixels) AMOLED display with 2.5D curved glass protection and 267ppi pixel density. The only difference in camera compared to the P5000 is that the dual camera setup at the back sees a 5-megapixel secondary sensor instead of a 2-megapixel one. The company claims that the 5000mAh battery can last up to three days of usage before the need to charge arises. All the other specifications are similar to the Zopo P5000 smartphone launched alongside.