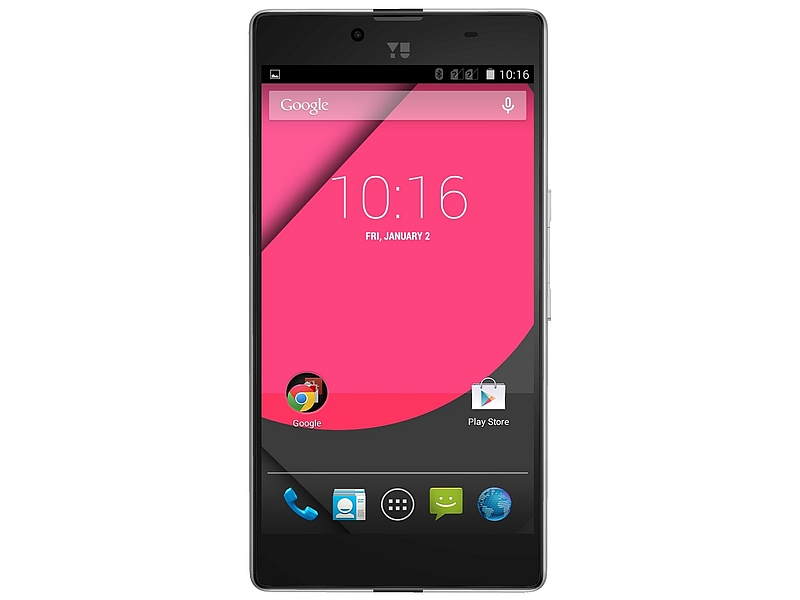 Yu Televentures has announced a Rs. 500 price cut for its Yu Yuphoria smartphone in the country. The handset is now available to purchase at Rs. 6,499 from Amazon India. Also, the smartphone is now available running Android 5.0 Lollipop out-of-the-box instead of Android Lollipop-based Cyanogen OS 12 custom ROM. The smartphone was launched back in May priced at Rs. 6,999.

The dual-SIM based Yuphoria supports 4G LTE connectivity, and sports an 8-megapixel rear camera with an f/2.2 lens and LED flash. while also featuring a 5-megapixel front camera with f/2.0 aperture. It is backed by a 2230mAh battery, and weighs 143 grams. The smartphone's Buffed Steel variant can be bought from Amazon India for Rs. 6,499. Notably, the Cyanogen OS variant is still listed as available at Rs. 6,999.

Last week the company made its Yureka Plus smartphone available with Amazon India at Rs. 8,999. The smartphone was listed with Android 4.4.4 KitKat and not the Cyanogen OS 12 that it originally came with in July.

The company also launched its Yu Yunique smartphone in India running on stock Android 5.1 Lollipop out-of-the-box. The smartphone at its Rs. 5,499 price takes on the Lenovo A2010 (Rs. 4,990) as the most affordable 4G LTE smartphone in the country. The Lenovo offering features nearly identical specifications, except the processor and camera. The A2010 features a slightly lower-powered 1GHz quad-core MediaTek MT6735m processor, smaller 5-megapixel rear camera, and 2-megapixel front-facing camera sensor. A high-end device is expected to launch soon as per the teasers posted by the company founder on Twitter.