Micromax subsidiary Yu Televentures on Thursday launched the Yu Ace smartphone in India. The smartphone bears an 18:9 display, a 4,000mAh battery, Face Unlock, and stock Android 8.1 Oreo with the company's Steroid Launcher on top, all of which can be considered its biggest highlights. It will be exclusively available via Flipkart. To recall, this is the first smartphone launched by the brand in nearly a year, with the last offering being the Yu Yureka 2 that was launched in September 2017. The company claims the Yu Ace will get an Android Pie

The Yu Ace price in India has been set at Rs. 5,999 for its lone 2GB RAM/ 16GB inbuilt storage variant, and it will go on sale via Flipkart from 12pm IST on September 6. The next flash sale will be held on September 13, and the company says the smartphone will be available in open sale thereafter. The smartphone has been launched in Charcoal Grey, Elektric Blue, and Rose Gold. A 3GB RAM/ 32GB storage variant will be made available at the end of September.

The dual-SIM and dual-VoLTE Yu Ace smartphone runs stock Android 8.1 Oreo with the company's Steroid Launcher on top. It sports a 5.45-inch HD+ (720x1440 pixels) display with a 18:9 aspect ratio. It is powered by a quad-core MediaTek MT6739 SoC coupled with 2GB of RAM. 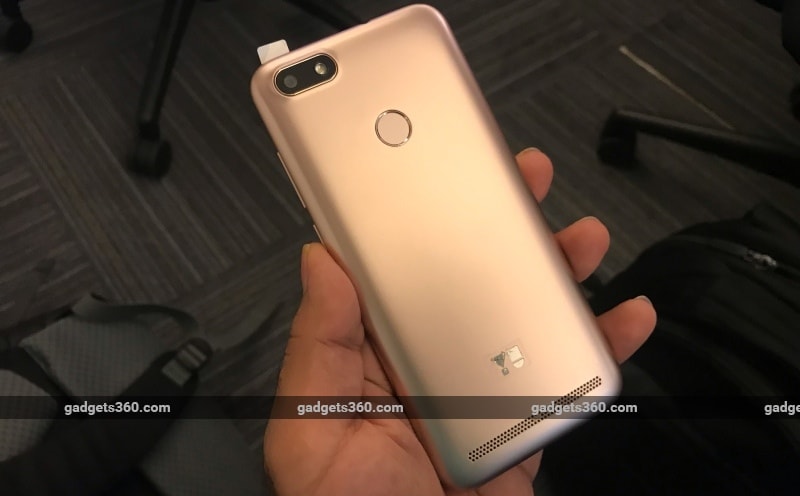 Yu Ace has a fingerprint sensor at the back

The smartphone features a 13-megapixel rear camera coupled with flash, and a 5-megapixel front camera. The company is touting the Face Unlock feature on the Yu Ace, which also bears a fingerprint sensor on the rear panel. It comes with the standard set of connectivity options, and is powered by a 4,000mAh battery.