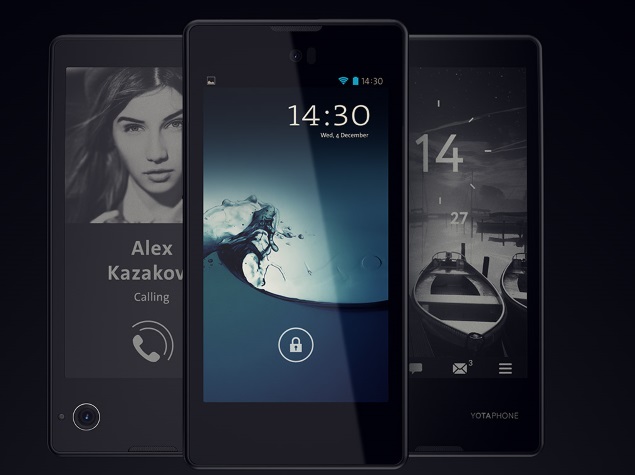 The first-generation YotaPhone has finally arrived in the Indian market and has been priced at Rs. 23,499. The dual-display YotaPhone will go on sale exclusively via Flipkart starting Friday in India.

The online partner of Yota Devices for the Indian market had accidentally revealed the launch earlier this month. Notably, Jumbo Electronics, a retailer and distributor in the UAE, has partnered with Flipkart to launch the dual-screen smartphone YotaPhone in India.

Commenting on the launch, Abdul Karim Sawan, Vice President for Yota Devices - Middle East and India said, "YotaPhone features an electronic paper display that would work as a second screen, making it possible to deliver an array of new and improved user experiences. It combines a smartphone and e-reader into one device for those who enjoy reading on-the-go even in the brightest sunlight. You can save images and information on the second screen, and it stays there, even if you lose battery power. You can save anything on the always-on display from a map to a boarding pass. Information, like a missed call or meeting reminder, stays on the always-on screen until it is no longer needed."

Note: An earlier version of this story had incorrectly mentioned that YotaPhone 2 is being launched in India. The error is regretted.