Xolo has launched a new Windows Phone-based smartphone dubbed the Xolo Win 1000, at Rs. 8,499. The smartphone is not to be confused with Xolo Q1000, which is based on Android 4.2 Jelly Bean. The Win Q1000 has been listed on the company site with price, however, availability details are yet to be known.

It is worth mentioning that most of the smartphone's specifications match those of the Q1000. However, in some areas the Win Q1000 has the upper-hand. The dual-SIM supporting Xolo Win Q1000 features a 5-inch HD (720x1280 pixels) resolution IPS display with OGS technology, and is powered by a quad-core Qualcomm Snapdragon 200 processor clocked at 1.2GHz that's coupled with 1GB of RAM and an Adreno 302 GPU. 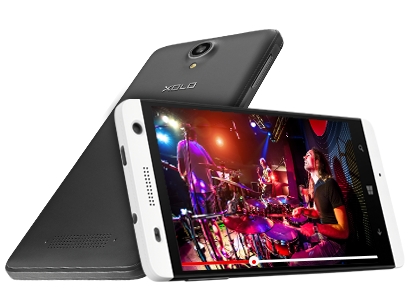 With the amount of RAM it sports, the Windows Phone 8.1-based smartphone might also receive the recently introduced Windows 10 OS update when it arrives. The company however has mentioned nothing about the update yet. Listed on the company website, the Xolo Win Q1000 houses an 8-megapixel rear camera with PureCel sensor, f/2.0 aperture and LED flash and a 2-megapixel front-facing camera. Also, the handset's inbuilt 8GB storage can be expanded via microSD card (up to 32GB).

The connectivity features of the smartphone include Bluetooth 4.0, Wi-Fi, WLAN, A-GPS, and USB. The Win Q1000 is backed by a 2200mAh battery capacity, which the company claims can deliver up to 12 hours of talk time and 500 hours of standby time on 3G connectivity.

Measuring 143x71.3x8.8 mm, the Xolo Win Q1000 comes with MS Office apps pre-installed and will be available in White, Black and Green colour variants. Xolo is not new to Windows Phone-based smartphones as it has previously launched Win Q900s with almost similar specifications.