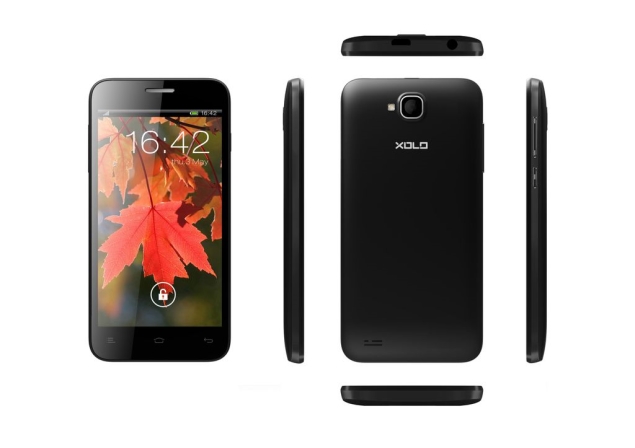 Indian smartphone maker Xolo has launched its first quad-core smartphone, Xolo Q800 in the market. This smartphone is powered by 1.2GHz quad-core processor along with PowerVR SGX544 GPU. It is available in the market for Rs. 12,499.

NDTV Gadgets had reported a week earlier about Xolo planning to launch a quad-core smartphone dubbed Q800. Xolo Q800 comes with 4.5-inch qHD IPS display. Internally, the device packs in 1GB of RAM and 4GB of internal storage, which can be expanded by up to 32GB via microSD card. It runs on Android 4.1 (Jelly Bean). There is an 8-megapixel autofocus rear snapper with LED flash, a 1.2-megapixel front camera.

The phone is powered by 2,100 mAh battery. The device will support dual-SIM (GSM+GSM) functionality. Connectivity options on the device include the usual Wi-Fi, 3G, Bluetooth 4.0, USB and GPRS. Xolo Q800 also comes in with YAMAHA 168 PA music system and comes with features such as 'Shake to change the song' and auto filter in music settings to filter the songs based on their size.

The Xolo Q800 will compete with Micromax A116 Canvas HD (Review | Pictures) that also features a quad-core processor and Android Jelly Bean and is priced at Rs. 13,990.

XOLO plans to launch various new handsets with quad-core processor in the coming quarter and name this series as QCORE. As reported earlier the Xolo is expected to launch at least four quad-core smartphones by April 2013.

The other smartphones in XOLO's portfolio include X500, X900, A500 (Pictures), A700 and A1000 (Review I Pictures). The company is expected to launch another smartphone on Thursday, March 14 and is teasing the launch of the same on its website and Facebook page as the "launch of Mission X".