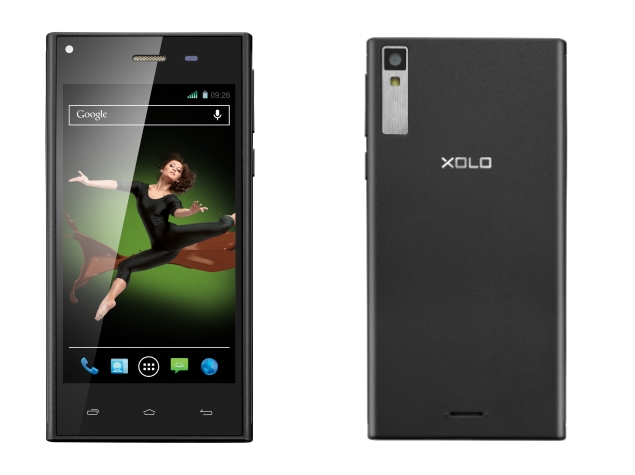 After being made available online via an online retailer last week, the Xolo Q600s has now been launched at Rs. 8,499.

The new budget KitKat Q600s smartphone is available at a discounted price of Rs. 7,499 on e-commerce website, Snapdeal, as an introductory offer. The company has also confirmed that the Xolo Q600s will be hitting market shelves soon.

The Xolo Q600s is a dual-SIM (GSM+GSM) device and unlike its predecessors runs on the latest Android 4.4.2 KitKat out-of-the-box. It sports a 4.5-inch qHD (540 x960 pixels) capacitive touchscreen. The Q600s is powered by a 1.2GHz quad-core processor (unspecified chipset) alongside 1GB of RAM.

It sports a 5-megapixel rear camera with LED flash, while it also houses a 0.3-megapixel front-facing camera. The smartphone includes 4GB of inbuilt storage which is further expandable up to 64GB via microSD card.

The smartphone is available in Black and White colour variants only. The smartphone measures 136.5x68.7.9mm and weighs 115 grams.

It packs a 2000mAh battery which is rated to deliver up to 11 hours of talk time and up to 400 hours of standby time. The smartphone comes with GPRS/ EDGE, 3G, Wi-Fi 802.11 b/g/n, Bluetooth, GPS and Micro-USB connectivity options.

Last week, the Xolo Q600s was available online via online retailer alongside Xolo Q1200. It has been available with a price tag of Rs. 14,999.

The Q1200 is powered by a 1.3GHz quad-core processor (unspecified chipset). The Xolo Q1200 sports an 8-megapixel rear camera with Sony Exmor R sensor and LED flash, while it also houses a 2-megapixel front-facing camera.

It comes with 8GB inbuilt storage which is further expandable up to 32GB via microSD card. The device also includes a 2000mAh Li-ion battery. The smartphone is seen in Black colour variant only.

Mobiles launched in May 2014
Affiliate links may be automatically generated - see our ethics statement for details.
Advertisement