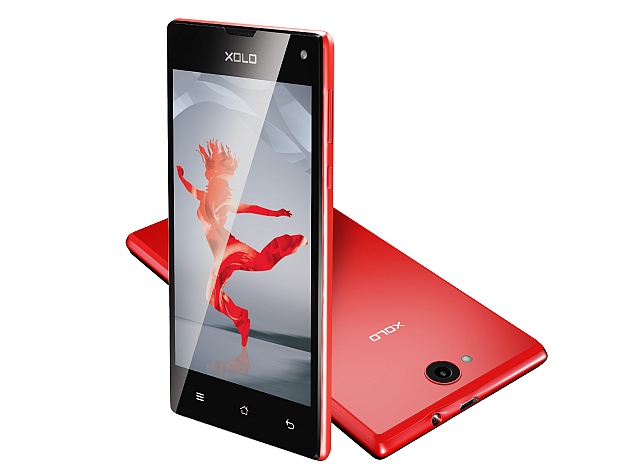 The Xolo Prime is a dual-SIM supporting smartphone that features a 4.5-inch IPS display with (480x854 pixels) resolution and a pixel density of 218ppi. The handset is powered by a 1.3GHz quad-core MediaTek MT6582M processor clubbed with 1GB of RAM and Mali 400 MP GPU.

The smartphone includes 8GB of inbuilt storage, which can be expanded via microSD card (up to 32GB). The handset also features a 5-megapixel autofocus rear camera with LED flash, and 0.3-megapixel (VGA) front-facing camera. The Xolo Prime is backed by a 1800mAh battery, rated to deliver up to 20.8 hours of talk time on 2G networks and 10 hours on 3G, apart from up to 500 hours of standby time on 2G and 400 hours on 3G.

Micromax launched the Canvas Spark smartphone last month. The handset features a 4.7-inch qHD (540x960 pixels) IPS display along with Gorilla Glass 3 protection, and is powered by a 1.3GHz quad-core MediaTek MT6582M processor coupled with 1GB of RAM. The Canvas Spark bears an 8-megapixel rear camera with LED flash and a 2-megapixel front-facing camera. 8GB of inbuilt storage and 2000mAh battery is also included inside the smartphone that is rated to deliver up to 335 hours of standby time. The handset went on its third flash sale on Wednesday.