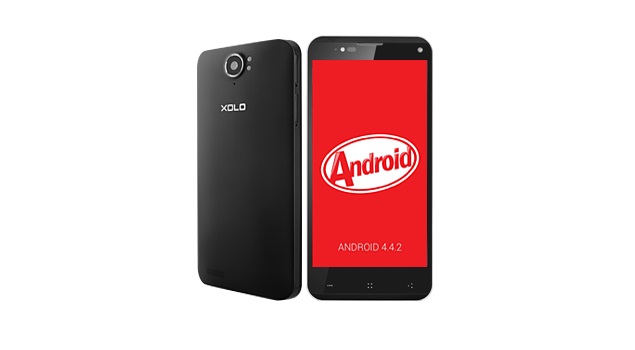 Last week, the smartphone was listed with pricing on the company's online store ahead of any official announcement. However, there was no mention of the availability details of the new Xolo smartphone. Xolo had also listed the budget A1000s at Rs. 7,799.

The Xolo Play 8X-1200 is powered by 2GHz octa-core MediaTek (MT6592T) processor coupled with 2GB of RAM. Notably, Xolo's recently launched 8X-1000 with Hive Inside was also backed by an octa-core MediaTek processor; though with a lower clock speed of 1.4GHz. The smartphone runs Android 4.4 KitKat out-of-the-box.

It also includes a 2300mAh battery that is rated to deliver up to 24 hours of talk time and up to 600 hours of standby time. Connectivity options on the Xolo Play 8X-1200 include Bluetooth 4.0, Wi-Fi, Micro-USB, GPRS/ EDGE, and 3G. Notably, despite being launched after the Xolo 8X-1000, the Xolo Play 8X-1200 does not feature the company's new Hive UI as expected.

Hive UI is based on Android 4.4 KitKat and comes with major visual tweaks. Some of the Hive UI features include a new launcher and support for themes, downloadable via 'Edge', a special store that features themes, ringtones and wallpapers created by the community and Indian artists. Other additions in the Hive UI include a new contacts app that comes with Facebook integration; Chameleon widget for notifications on weather, calendar, missed calls, SMS and email; and an overhauled gallery app.

The Hive UI made its debut on the Xolo 8X-1000 but it will be seen in a few upcoming smartphones. Xolo had then said it has no plans to port the UI back to its existing smartphones.