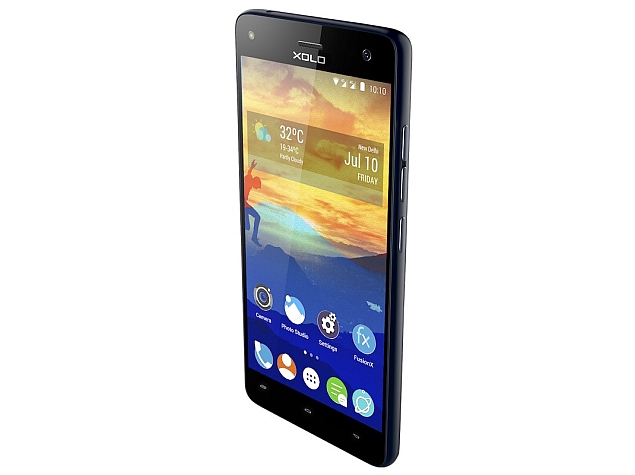 Xolo has launched its first smartphone under its premium 'Black' brand. Called the Xolo Black, the smartphone will be priced at Rs. 12,999 and will go on sale on Flipkart on Monday.

Existing Xolo customers can get the smartphone a day early between 4pm to 8pm on Sunday, but will have to register for that. The company has also tied up with Vodafone to provide a bundled SIM offer with 1GB of free data a month for two months, and unlimited Vodafone music for two months. Users can also get their hands on the smartphone before their purchase at 100 Vodafone flagship stores across the country.

The dual-SIM (Micro-SIM and Nano-SIM) Xolo Black runs on the Hive atlas UI that's based on Android 5.0 Lollipop. It features a 5.5-inch full-HD (1080x1920 pixel) IPS display with a pixel density of 403ppi, oleophobic coating, and Corning Gorilla Glass 3 protection (which extends to the back of the smartphone). The power key also doubles up as the notification light.

Notably, the Xolo Black features a hybrid dual-SIM slot, where the second SIM card slot also doubles up as the microSD card slot. The smartphone also comes with a dual rear camera setup, with one 13-megapixel camera and one 2-megapixel camera. The two cameras work in tandem for faster autofocus (claimed to be 0.15 seconds) and depth-mapping. It also enables features like UbiFocus, which lets users refocus on objects even after a photo has been taken.


Other Xolo Black rear camera features that the company is touting include ChromaFlash for natural looking colours and skin tones in low light, apart from OptiZoom for enhanced digital zoom using image processing. The company is also touting the Adobe-powered Photo Studio tool that's integrated in the Xolo Black's image gallery. The front-facing camera features a 5-megapixel sensor, a wide-angle lens, and flash as well.

The latest version of the company's proprietary Hive UI was also described at the launch, and apart from featuring Material Design, comes with an 'Underground' feature as a secure storage space for private apps and data, a special reading mode, and an updated Comet browser with battery saving features.