According to the official invite, the Xiaomi Pinecone processor announcement event will kick off at 2pm China time (11:30am IST), and will be held at Beijing National Convention Center. Unfortunately, there is no word whether the event will be live-streamed by the company.

The Pinecone processor is widely expected to debut on the company's Mi 5c smartphone that has been making rounds on the Internet. An earlier report by the Wall Street Journal pointed out that Xiaomi is all set to take on the likes Apple, Samsung, and Huawei with its own in-house processors.

Earlier this month, the official page of Xiaomi's Pinecone processor went live on social networking site Weibo that seemingly confirmed the existence of the in-house processor from the company.

Notably, this is not the first time when Xiaomi will be trying its hands on a different processor other than Qualcomm or MediaTek as the company few years ago launched the Redmi 2A with a Leadcore chipset. Based on preliminary leaks, the Chinese company is rumoured launch two processor models - the Pinecone 1 with an octa-core Cortex-A53 CPU, and the Pinecone 2 with four Cortex-A73 cores and four Cortex-A53 cores. There's no clarity on the GPU, but the chip is expected to be made in the 10nm process.

The move to launch an in-house processor from Xiaomi could mean that the company may part ways from Qualcomm which has been a dominant supplier of chipsets in majority of Xiaomi handsets. We can expect Xiaomi to use the Pinecone processor on the company's upcoming flagship, Mi 6, as well. 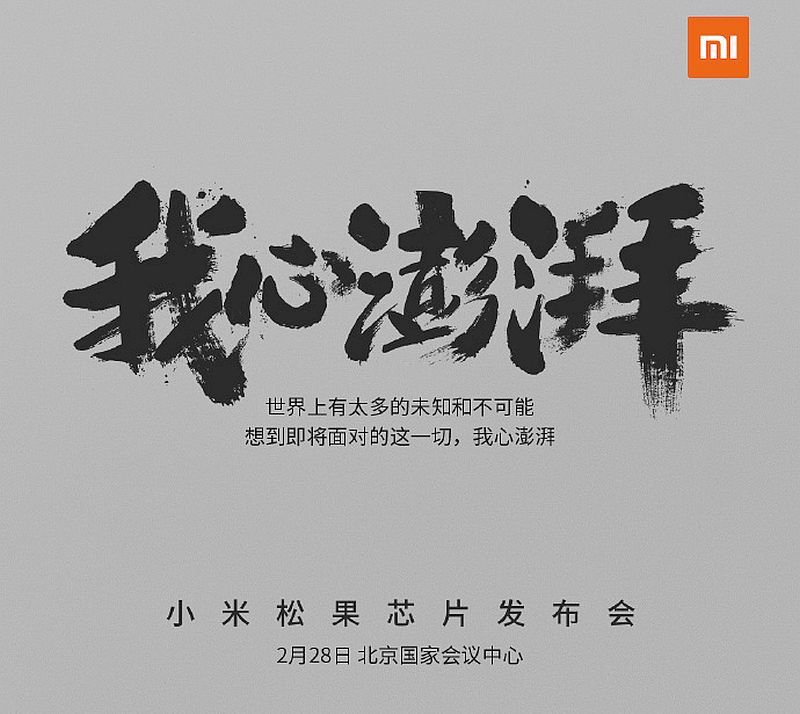