Xiaomi shipped 10.3 million smartphones in India in the second quarter.

Xiaomi has retained its leadership in India for the eighth consecutive quarter with a market share of 31 percent, according to a new report by Canalys. The report also highlights that Xiaomi arch-rival Vivo has marked a commendable growth of 63 percent in its shipments, though the overall Indian smartphone market declined marginally to 33 million units. In the second quarter of this year, the analyst firm claims that the Indian market continued to consolidate about the top five vendors that accounted for 88 percent of the total market, compared with 80 percent a year ago.

According to the latest report by Canalys, Xiaomi shipped 10.3 million smartphones in India in the second quarter. This shows a four percent annual growth from 9.9 million shipments reported in the same quarter last year. Recently, research firms Counterpoint Research and Strategy Analytics also claimed the retained leadership of Xiaomi in the country in the second quarter through their separate quarterly reports. 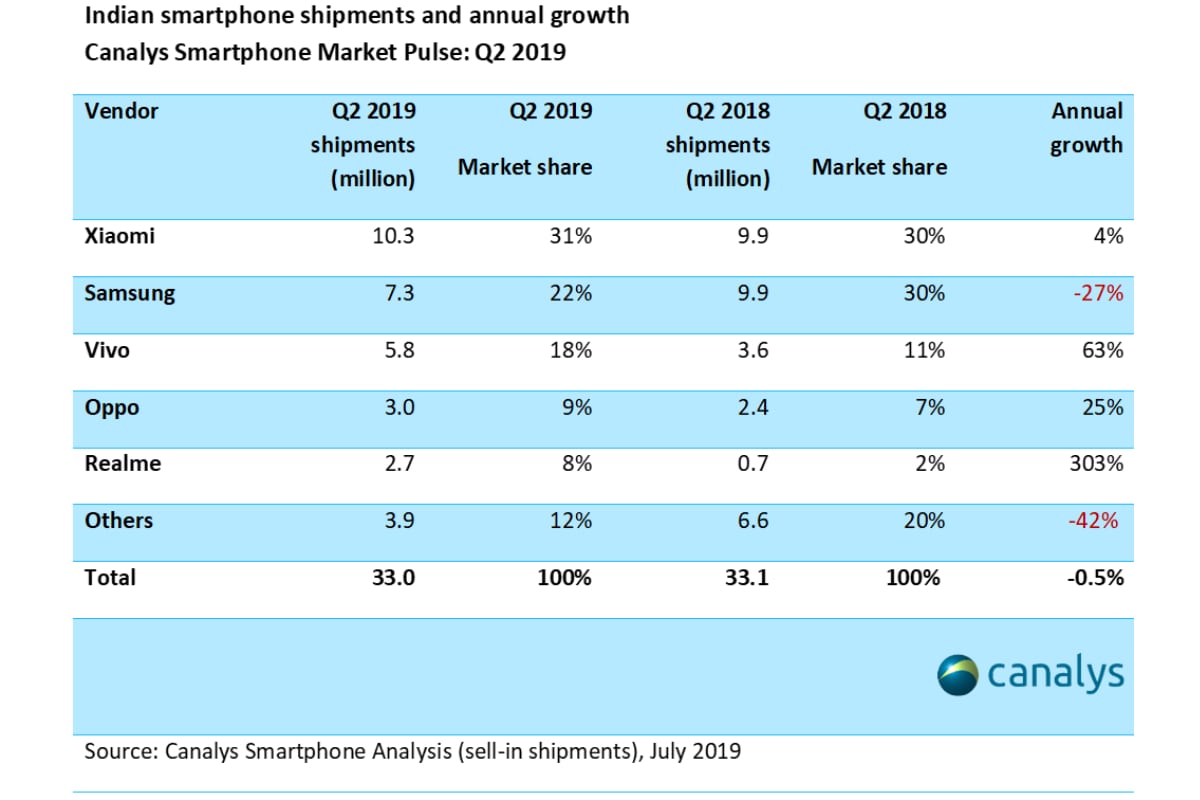 The fresh numbers released by Canalys also shows that Samsung has continued to stay on the second position in India with a share of 22 percent. The South Korean giant reportedly saw a fall by 27 percent to 7.3 million smartphones in the second quarter.

Unlike Samsung, Vivo saw 63 percent growth in the second quarter by shipping 5.8 million smartphones in the period, up from 3.6 million in the same quarter last year. Vivo's sister concern Oppo marked 25 percent growth by shipping three million smartphones, while Oppo spin-off Realme gained 303 percent annual growth with a shipments record of 2.7 million units, as per Canalys.

Despite the growth of companies like Vivo and Realme and continuous success of Xiaomi and Oppo, the overall market declined 0.5 percent, according to the report. 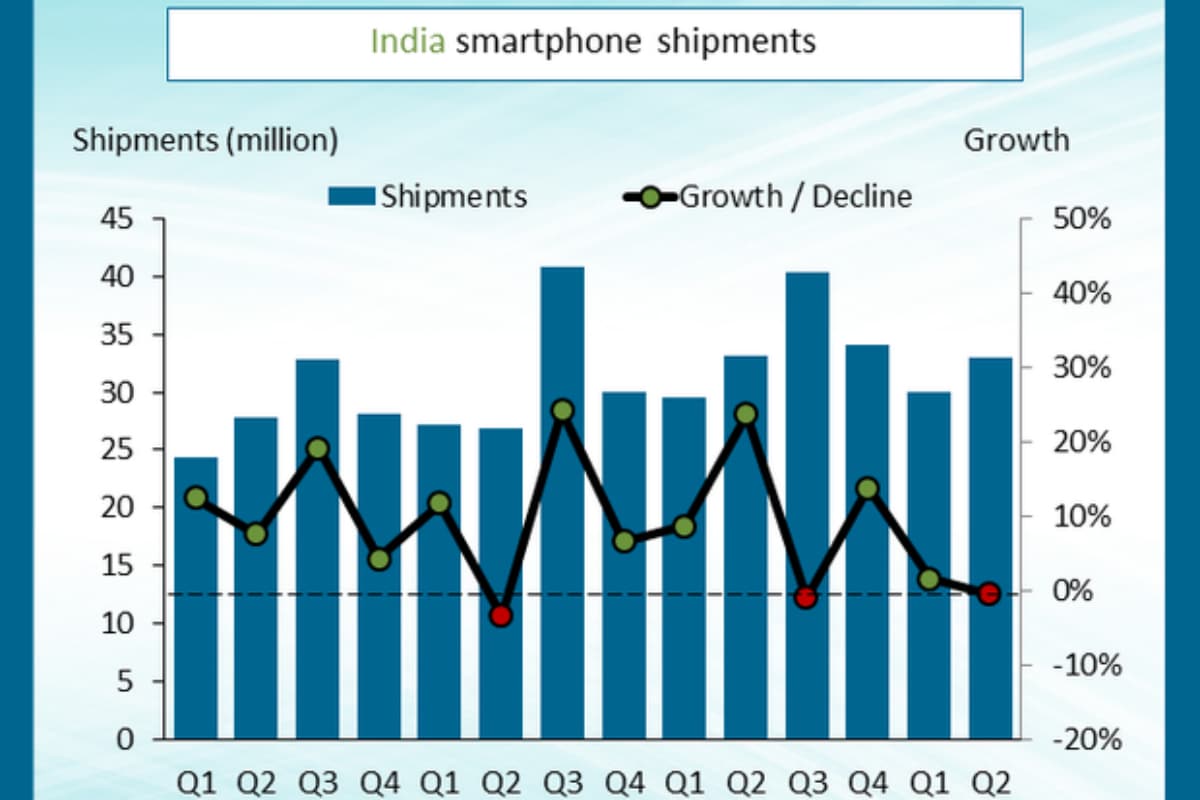 "The decline in the market is not a cause of worry," said Rushabh Doshi, Research Director, Canalys, in a statement. "However, the lack of growth is against the expectation of several major vendors. Feature phone users are not taking to smartphones as quickly as the industry had expected and the bulk of growth in the Indian smartphone market is now coming from users who are upgrading their devices to a $200 (~Rs. 15,000) or even a $300 (~Rs. 20,000) smartphones."