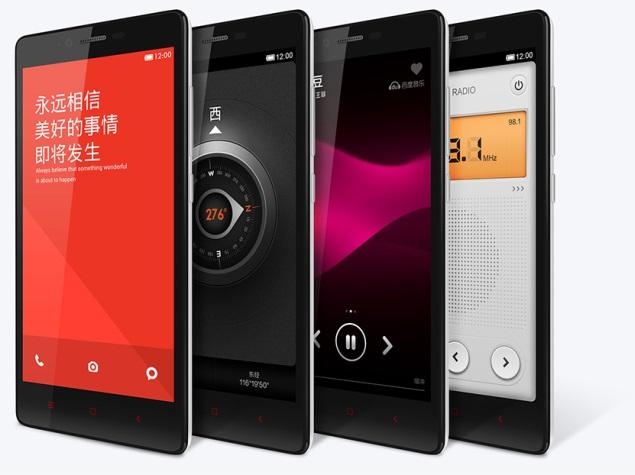 Chinese phonemaker Xiaomi can't sell its MediaTek based smartphones in India due to an ongoing patents case in the Delhi High Court from Ericsson, but that hasn't stopped others from importing the Xiaomi Redmi Note 3G which runs on a MediaTek processor.

Xiaomi however, now reportedly plans to take legal action against these resellers for using its name in the name of the sites, trying to pass themselves off as official marketplaces.

The whole issue was kicked off when Ericsson's lawyers told the Delhi High Court that Xiaomi was selling non-Qualcomm handsets via the website www.xiaomishop.com. Xiaomi's lawyers reportedly responded saying that Xiaomi has no stake in the website and that someone else was misusing its name.

"Our authorized sellers in India are only Flipkart and Airtel," Manu Jain, head of India operations at Xiaomi told us in an emailed response. "All other portals and retail stores which are selling our products, are doing it without our permission. Some of these portals are using 'Xiaomi' name, and hence are infringing on our trademarks. We are requesting these portals to stop selling our devices, else we will be forced to take legal action, so as to protect our interests."

At the launch of the Xiaomi Mi 4, Jain also told us that Xiaomi will be bringing its own e-commerce platform to India to directly sell its phones here.

"We'll be launching Mi.com [Xiaomi's online store in China] in India this year," said Jain. "It will probably be in parallel with Flipkart, and we're still working out some of the details, but we're definitely bringing it in."

And while Xiaomi is cracking down on phones not meant for India being sold here, the company is also working to fight reselling of phones sold during flash sales. With the Mi 4, the window between placing the phone in the cart and completing the purchase has been reduced to just half an hour, compared to the usual four-hour window.

We have reduced the window of completing the transaction from four hours to 30 minutes," Jain confirmed, "to avoid resellers offering these products to genuine users at a higher price."

This is something that has been a problem Xiaomi has been trying to solve since last year. In an interview in September, Jain told us that this was why the window for completing the purchase of the Xiaomi Mi 3 was brought down to four hours, from one and a half days.

OnePlus One 16GB Silk White Variant Launched at Rs. 18,999
Apple, Google, Tesla: Is Silicon Valley the Future of the US Car?