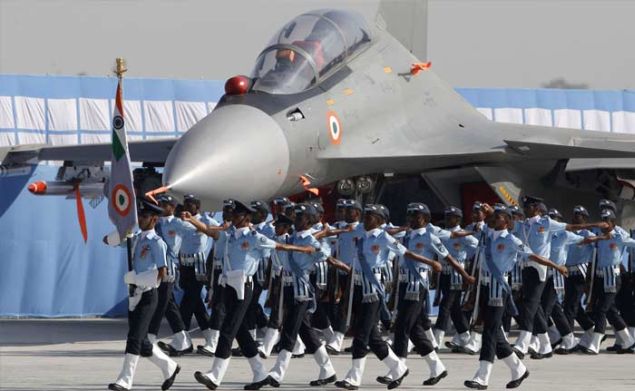 Amid concerns that the Indian Air Force has warned personnel and their families against using handsets manufactured by Xiaomi, specifically the Xiaomi Redmi 1S, the brand has issued a statement clarifying its position. Much of this information was already known, but the company also confirmed in its announcement that it will launch a local data centre in India in 2015, and that the migration of non-Chinese users' data out of China will be completed by the end of 2014.

While the company had earlier stated that it will reach out to the Indian Air Force and any other authorities to clear up the matter, in a statement issued on Monday, Xiaomi pointed to the steps that it has taken to ensure the privacy and security of its users' data.

Earlier, it was reported that the IAF has issued a circular warning against the use of Xiaomi products but there were some strange errors in that report, such as references to a Xiaomi laptop (a product the company does not make), and a now outdated report from F-Secure. Xiaomi has addressed these concerns specifically in its announcement, and noted that the services such as Mi Cloud and Cloud Messaging that were flagged as security threats are now opt-in services.

Xiaomi also stated that it does not collect user data without permission, and uses high encryption and security standards to protect user data. These are all steps that the company had already taken, and now it is also moving its data centres out of China for non-Chinese users - a move the company says is not connected to the IAF circular, but part of its global expansion plans, as noted in this blog post by Xiaomi's Vice President, International - Hugo Barra.

The full text of Xiaomi's statement to the press is included below:

There have been reports about an IAF circular claiming that Xiaomi phones are a security threat. While we are attempting to reach Indian authorities to learn specifics, we would like to clarify a few points to assure our users that we treat your privacy seriously.

We offer various opt-in Internet services that bring great user benefits, are free of charge, and require personal data to be stored in the cloud. For example:

These services are optional (opt-in). Users can turn them on and off at any time. Users can also opt to use similar services from other Internet companies instead, such as Google, Whatsapp, Dropbox and others.

2. We do not collect user data without permission

We do not collect any data associated with services such as Mi Cloud and Cloud Messaging until the user provides explicit consent by turning on the corresponding service(s). Even after users have turned on these services, they can turn them off at any point of time.

We take rigorous precautions to ensure that all data is secured when uploaded to Xiaomi servers and is not stored beyond the time required.

3. We use very high encryption and security standards to protect user data

4. We are moving our Indian users' data to servers outside of China, and to India in 2015

Since early 2014, we have been migrating our services and corresponding data for Indian users from our Beijing data centers to Amazon AWS data centers in Singapore and USA. Parts of this migration will be completed by the end of October, and all of it will be completed by the end of 2014. In 2015, we plan to launch a local data center in India to serve the needs of (and store data for) our Indian users.

These efforts help significantly improve the performance of our services and also provide some peace of mind for users in India, ensuring that we treat their data with utmost care and the highest privacy standards.

For detailed information, refer this recent post by Hugo Barra on this.

5. The concerns raised by F-Secure have been fully addressed

We believe the advisory circular issued by IAF is based on events about 3 months back. It refers to the F-Secure test done on the Redmi 1S in July 2014 about the activation of our Cloud Messaging service (which enables users to send text messages for free, similar to other popular messaging services).

We immediately addressed the concerns raised, which was directly acknowledged by F-Secure 4 days later.

Please refer to this post by F-Secure confirming their concerns were addressed.

Android 5.0 Lollipop Reportedly Coming to LG G3 Within This Year
Motorola Droid Turbo Could be Announced on Tuesday; Price Leaked