Chinese manufacturer Xiaomi has taken to Weibo to share teaser of a new product likely to launch soon. The company as of now has not spilled the beans on the upcoming device but rumour mills suggest it could be the next-generation Xiaomi Mi Note 2 smartphone. Xiaomi's Weibo post said, "Love it, no one lose" and included an image that had "2>5." What that means is anyone's guess.

We can expect the Chinese company to share more of such teasers of the upcoming device. Xiaomi has been for weeks rumoured to be working on the next-generation Mi Note smartphone. A recent leak also pointed that the company may launch a new variant of the flagship Mi 5. 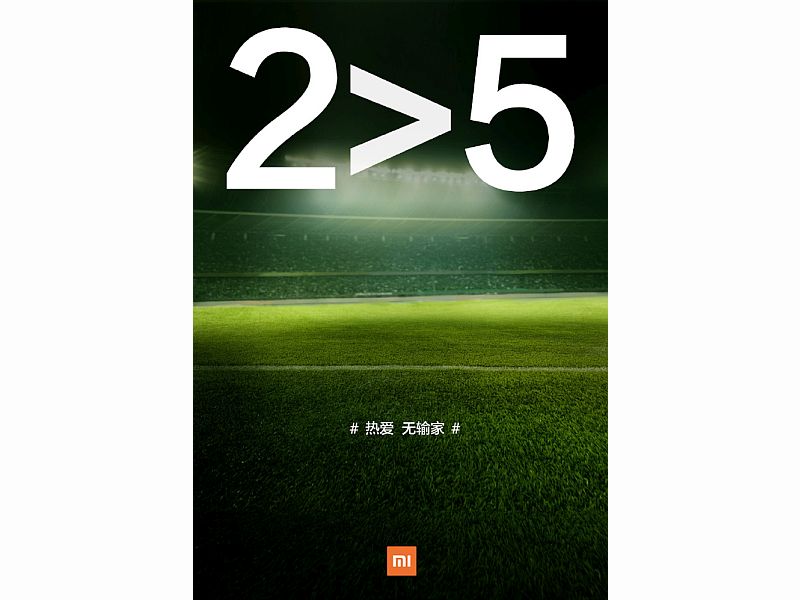 Based on the leaks, the alleged Mi Note 2 is expected to come in three models - standard, high, and top-end.

We'd like to remind readers however, that until Xiaomi confirms the smartphone's specifications and features, the above details will have to be taken with a pinch of salt.