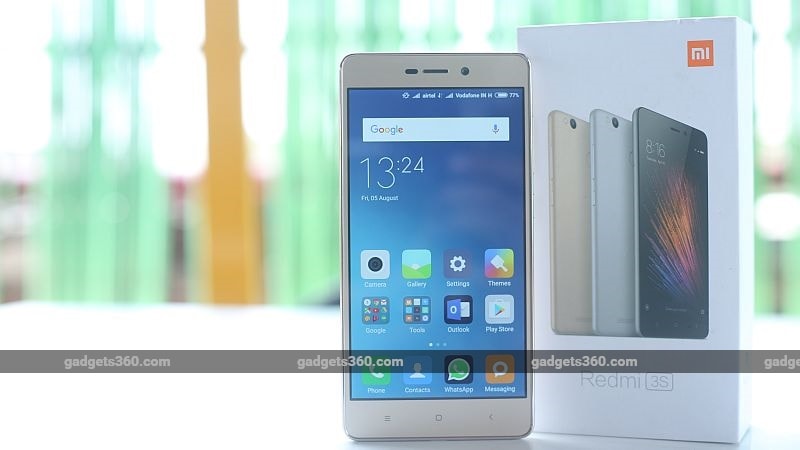 Xiaomi has been a growing brand in India in last two years and now the company has announced that it managed to sell over 3 million units of Redmi 3S smartphones (including Redmi 3S, Redmi 3S Prime, and Redmi 3S Plus models) in less than six months after the phones' launch in August last year. The Xiaomi Redmi 3S and Redmi 3S Prime smartphones were launched in August in India while the offline only variant - Redmi 3S Plus was made available by the company in October last year.

As per IDC's quarterly smartphone tracker data for the fourth quarter of CY2016, Xiaomi became the number two smartphone vendor in India, and the company attributes this success to that of the Redmi 3S series, it said in its press release. The company added that it retained its first position in online space during the same time period.

Xiaomi entered the Indian smartphone market back in July 2014 and has been able to develop a stronghold in the sub-Rs. 10,000 category of smartphones over the last two years.

Manu Jain, India MD, Xiaomi said, "Product is at the core of Xiaomi's strategy, and a strong line-up of products with distinctive technological innovations has been critical in driving our India story. This has been supported with robust operational growth through improvements in our online and offline sales structure, hiring of key talent, expansion of our customer care and after-sales service, and increasing our manufacturing capacity."

"Our great results in 2016 were made possible because of the love from our Mi Fans who have driven our success to new heights. We are committed to sustaining the momentum and will continue to launch amazing products here in India," he added.

Xiaomi has achieved an impressive feat but it will be interesting to see how the company moves forward and whether it will be able to further grow its presence in the offline space going ahead.