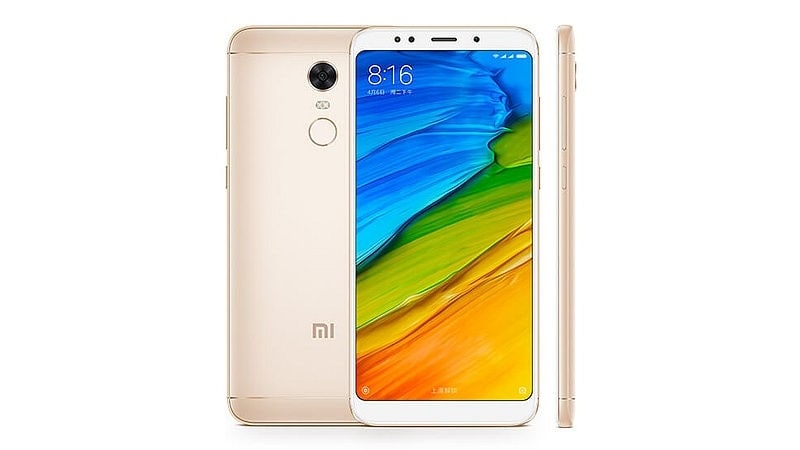 Though the market was anticipating the arrival of Redmi Note 5, it has now been reported that Xiaomi has replaced the anticipated handset with the Redmi 5 Plus that was unveiled alongside the Redmi 5 earlier this month. The Beijing-based company launched the Redmi Note 4 in India back in January this year as the predecessor of the Redmi Note 5 and has so far sold it has over five million units in the country.

A Super Moderator on MIUI Forum posted a Redmi 5 Plus review in which it has been claimed that Xiaomi has dropped its 'Note' branding for the Redmi series, and that the recently launched Redmi 5 Plus is in fact the anticipated Redmi Note 5, or at least, takes its place in the company's lineup. "No one knows, but as of the moment, Xiaomi has decided to drop the Note name on their 5.7-inch sized budget phones," the MIUI Forum member claimed.

"The wait is finally over, Xiaomi has finally decided to release the Redmi Note 5, wait!!! I heard its called the Redmi 5 Plus? No kidding?? There was a name change? Well yes folks, the 2 new Redmi Note sized phones are named Redmi 5 for the 5.7" and Redmi 5 Plus for the 5.99". What will happen to the successor of the Redmi 4X which is supposed to be a 5" Redmi 5?" the moderator added. As noted, the Xiaomi Redmi 4X (launched in India as the Redmi 4) doesn't have a successor yet, if one considers the difference in form factor.

The Redmi 5 Plus also has a 12-megapixel rear camera sensor with f/2.2 aperture PDAF lens and a 5-megapixel front camera sensor. Further, the handset has up to 64GB of onboard storage and packs a 4000mAh battery.