The Xiaomi Redmi Note 4X rear camera bears a 13-megapixel sensor, and the smartphone packs a 4100mAh battery. As of now, only these little details have been revealed by Xiaomi. These initial specifications are similar to that of the predecessor's, and apart from new colours and processor, there's nothing else that is different from the original variant - even design wise.

Xiaomi has introduced a new Hatsune Miku Limited Edition Redmi Note 4X variant as well, which will be available on Valentine's Day i.e. February 14. For now, Xiaomi has made only the Redmi Note 4X Hatsune Miku variant official, whose price and full specifications will presumably be announced ahead of sale day.Apart from Hatsune Green colour variant, the Redmi Note 4X will also be available in Champagne Gold, Matte Black, Cherry Powder, and Platinum Silver Grey colour variants.

As mentioned, Xiaomi has not announced pricing information, but has confirmed that the Redmi Note 4X will be available on February 14. For now, we just know that Xiaomi has partnered with Japanese firm Crypton Future Media to launch the Redmi Note 4X Hatsune Green variant in limited quantities, and will bundle Hatsune Miku branded back case and a Mi power bank for free with the every purchase of the limited edition device. 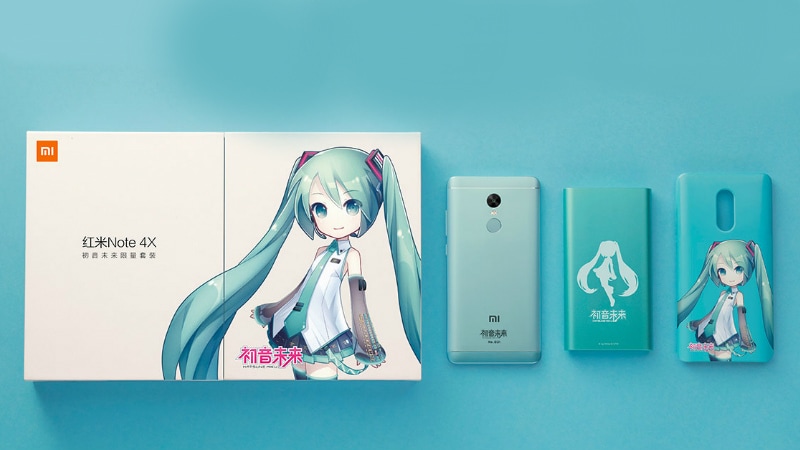