After numerous leaks tipping that Apple is finally introducing dual cameras in its larger iPhone 7 variant, many OEMs are now looking to climb onto that bandwagon and become amongst the frontrunners. In tow, Xiaomi looks set to incorporate two rear cameras on the next Redmi Note 4. A leaked teaser image shows the back of the smartphone sporting two rear cameras.

The leaked teaser image (via MyDrivers) shows Redmi's celeb face Liu Haoran holding a white Mi branded smartphone. It has two cameras at the back placed below each other vertically. The flash sits in between, while the Xiaomi logo sits at the bottom end of the smartphone. Interestingly, there is no fingerprint scanner at the back therefore presumably it will be incorporated on the home button. The current Redmi Note 3 has the sensor at the back. The leaked Redmi Note 4 also sports a metal unibody with antenna bands on top and bottom of the smartphone. The volume rockers and the power button both are seen sitting on the right side of the phablet.

A separate leaked image also shows the back of the device, reiterating the same details. Both the images were first leaked on Chinese social media site Weibo. Not much is known about the device so far, but rumours indicate (via GizmoChina) that the Redmi Note 4 will sport a large screen, a Snapdragon 652 SoC, 3GB of RAM, and 16GB storage. Of course, all of this is just initial speculation, and should be taken lightly until an official announcement. 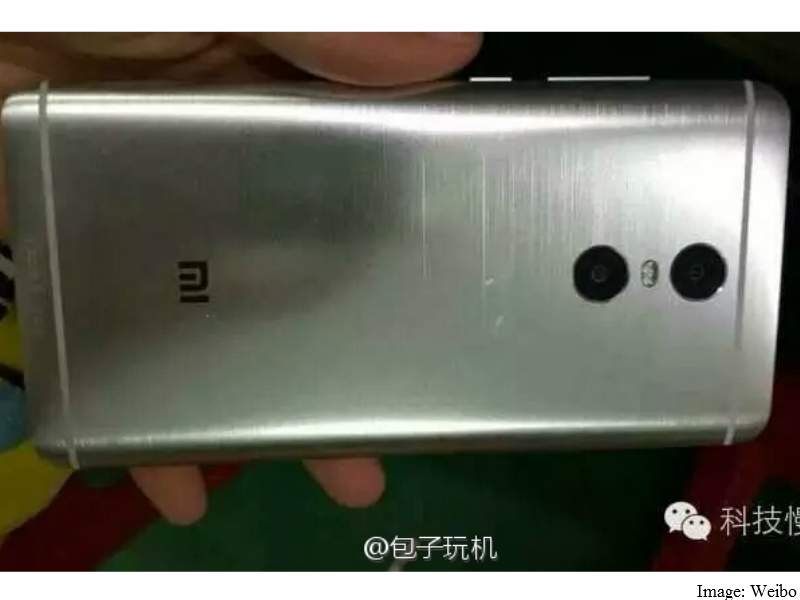