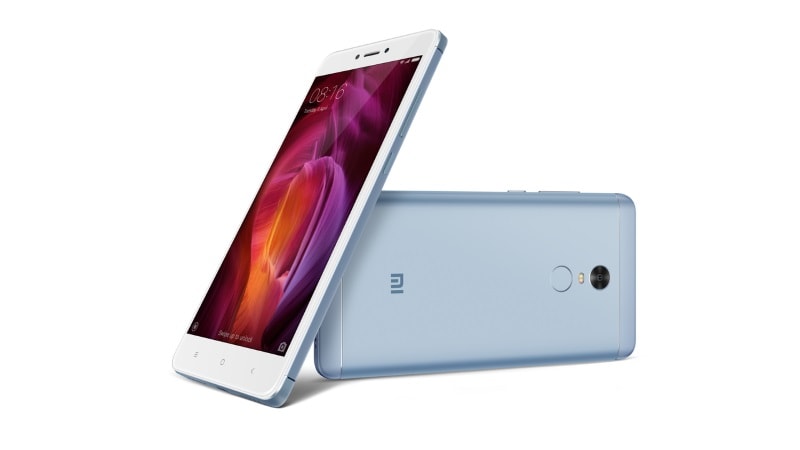 Xiaomi has now launched its Xiaomi Redmi Note 4 smartphone's Lake Blue variant in India and the handset will go for sale in the country from Monday 12pm IST via Mi.com, Flipkart, and the company's Mi Home stores. Notably, the new variant of the smartphone has been launched in just one configuration, i.e. 4GB RAM and 64GB built-in storage priced at Rs. 12,999.

Xiaomi says the Lake Blue variant of Redmi Note 4 has been launched as a part of its 'Wake the Lake' project in India and part of the proceeds from the sale of each device will go towards supporting initiatives under the government's Swachh Bharat Abhiyan. The new Lake Blue variant comes with same specifications as the 4GB RAM variant of the Redmi Note 4.

Manu Kumar Jain, Vice President at Xiaomi and Managing Director at Xiaomi India said on the launch of the new Redmi Note 4 colour variant: "We are a company who believes in giving back to the community. Water bodies have been the source of water for ages for people of Bengaluru but over the past decade, these water bodies have been facing serious threat. To show our concern for the cause we are taking up the maintenance of Kempabudhi kere, to support BBMP in bringing it back to its initial days of glory as a project under Swachh Bharat Abhiyan. To commemorate this cause, we are launching Redmi Note 4 Lake blue edition which would further contribute to this cause."

In terms of specifications, the Xiaomi Redmi Note 4 sports a 5.5-inch full-HD (1080x1920 pixels) 2.5D curved glass IPS display and is powered by the Snapdragon 625 SoC. As mentioned earlier, the Lake Blue variant of the smartphone has been launched in just one RAM/ storage configuration. The Xiaomi Redmi Note 4 Lake Blue variant packs 4GB of RAM and comes with 64GB of built-in storage, which is further expandable via microSD card.

How Sarahah - Meaning 'Honesty' in Arabic - Took the Internet by Storm