Xiaomi's CEO Lei Jun has revealed the launch date for the successor to the Redmi Note smartphone. Jun on Monday confirmed a launch later this month for an upcoming Note smartphone via a post on Weibo. He also shared a screenshot of the home screen likely from the new Redmi Note 2. 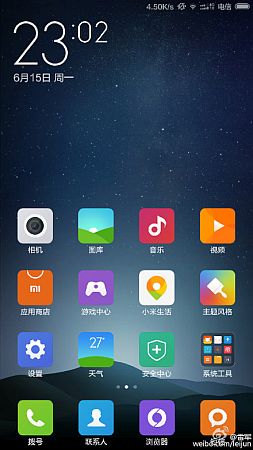 The official confirmation from Xiaomi comes within a week after the Redmi Note 2 reportedly was certified in China tipping new details on the innards.

Some of the rumoured specifications of the Redmi Note 2 gleaned from the certification site include a 5.5-inch full-HD (1080x1920 pixels) display; Android 5.0 or 5.1 with MIUI on top; a 13-megapixel rear camera; a 5-megapixel front camera, and battery larger than 3000mAh. The smartphone is said to support TD-LTE network connectivity tipping that this time there might be just one Redmi Note variant.

An earlier report however claimed that the Redmi Note 2 will be powered by a Snapdragon 410 (MSM8919) processor.