Xiaomi has already confirmed a launch event on Tuesday where the company is expected to reveal the new Redmi Note 2 Pro. The company has been teasing the handset in continuous teasers. Now, Xiaomi has shared a new teaser possibly showing the next-generation Mi Pad 2, as well as a fresh teaser for the Redmi Note 2 Pro.

Lin Bin, Co-Founder and President, Xiaomi, has shared an image on Weibo showing the sides of the Mi Pad 2 tablet that is now expected to be showcased at the company's Tuesday event alongside the Redmi Note 2. The teaser image appears to confirm that the Mi Pad 2 tablet will feature metal body. Considering that the first generation MiPad (First Impressions) tablet did sport a plastic build, we will have to wait for the company's Tuesday launch event to see if Xiaomi has in fact chosen to use a metal body.

The company also shared a new teaser image for its Redmi Note 2 Pro tipping the thin profile of the handset. 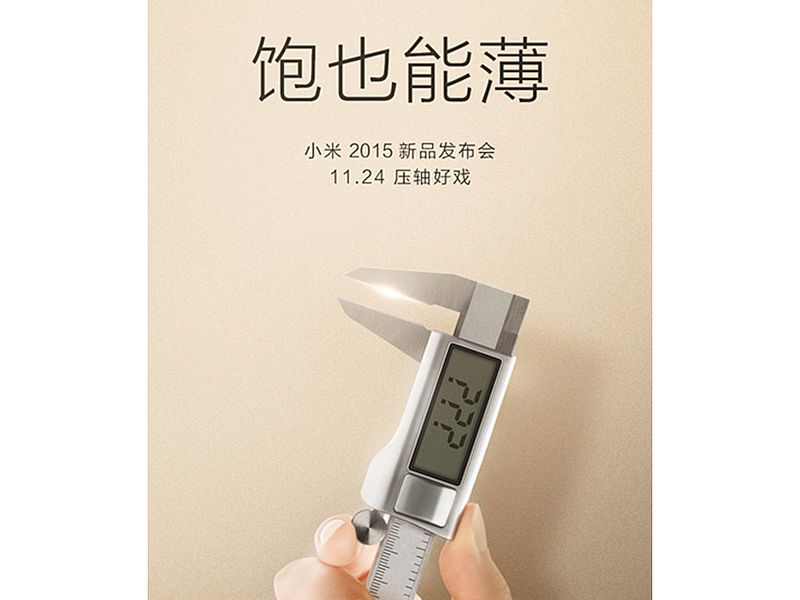 Xiaomi so far has already confirmed that the Redmi Note 2 Pro will feature a metal body and fingerprint scanner. The company in its teaser images has corroborated previous leaks of the Xiaomi Redmi Note 2 Pro, showing a circular camera lens at the back followed by a dual-tone flash below and a circular fingerprint sensor placed below it. It also showed the metal-clad smartphone in Gold colour version.

The Xiaomi Redmi Note 2 Pro was recently spotted in a Tenaa listing. As per the listing, the smartphone may feature MediaTek's MT6795 Helio X10 processor; a 5.5-inch full-HD display; 2GB of RAM; 16GB of inbuilt storage; a 13-megapixel rear camera, a 5-megapixel front camera, Android 5.0 Lollipop, and pack a 3060mAh battery. It also adds that the Redmi Note 2 Pro will measure 149.9x75.9x8.7mm and weigh 165 grams. The Redmi Note 2 Pro is tipped to share the same specifications as the Redmi Note 2. The only difference would be an inclusion of a fingerprint sensor and a metal build.