Xiaomi's Redmi Note 2 Pro, which was purportedly spotted on a Chinese certification site last week, has been spotted again in a fresh image showing the rear metal case which shows holes for the primary camera, LED flash, and one for what may be a fingerprint scanner. The new leaked image of the rear case corroborates to an earlier report which also suggested presence of the fingerprint scanner in the handset.

The leaked image of the Redmi Note 2 Pro's rear panel also shows that the volume rocker keys are on the right panel, and a Mi logo is present on the bottom. The speaker grille can be seen at the end of the rear panel. The image comes courtesy My Drivers (and was first picked up by Gizmochina).

Last week, the unannounced Xiaomi Redmi Note 2 Pro was said to be certified in China. The 3C certification in China showed smartphones with model numbers 2015617, 2015611, and 2015056, which were said to be the variants of Redmi Note 2 Pro. The smartphone is expected to launch next month. However, so far, there has been no official word on the launch. 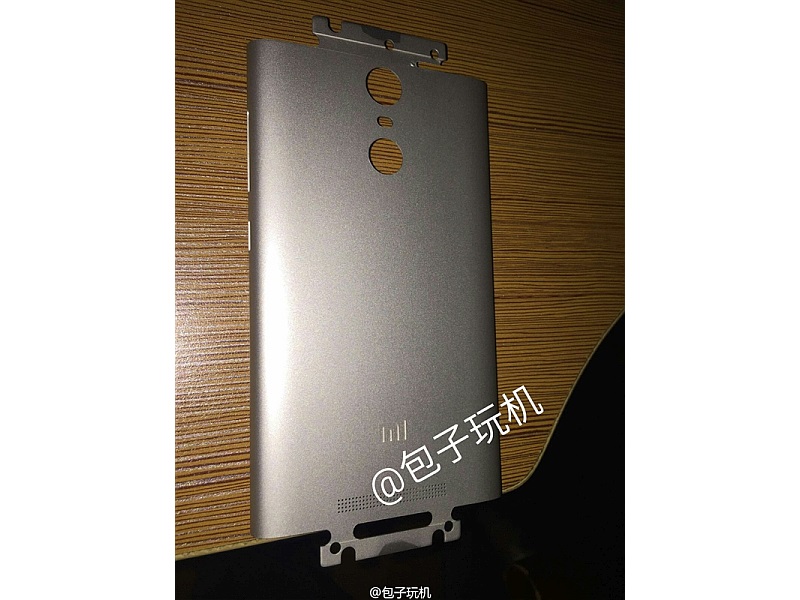 The handset was previously also leaked in images, purportedly showing the fingerprint scanner. The handset is rumoured to arrive in two variants - one housing a fingerprint sensor on the back panel below the rear camera, the other variant would completely miss out on the particular feature.

The Redmi Note 2 Pro is tipped to share the same specifications as the Redmi Note 2. The only difference would be an inclusion of a fingerprint sensor and a metal build. For reference, the Redmi Note 2 features a 5.5-inch full-HD display, an octa-core MediaTek MT6795 SoC clocked at 2.2GHz clubbed with PowerVR G6200 GPU and 2GB RAM, a 13-megapixel rear camera, a 5-megapixel front-facing camera, and a 3060mAh battery.