Xiaomi, after launching several new handsets in 2018, appears to be planning to unveil another new Redmi series smartphone soon. The Xiaomi Redmi 5 series was launched by the company in December last year, followed by a global launch in February 2018. Just three months later the first glimpses of its successor - Redmi 6 - have started to surface online. As per latest reports, the alleged Xiaomi Redmi 6 or Redmi 6A has been spotted on a Chinese certification website, revealing some of the specifications of the upcoming smartphone.

Three TENAA listings for the Xiaomi Redmi 6 and Redmi 6A smartphones were spotted, with model numbers M1804C3DE, M1804C3CC, M1804C3CE. The first model, with dual rear cameras is thought to be the Redmi 6, while the other two models may be of the Redmi 6A. There is also speculation that the three models may reflect the regular, Plus, and Pro variants of the Redmi 6. As per the listings, the the Redmi 6 sports a 5.45-inch (720x1440 pixels) display with an 18:9 aspect ratio and runs Android 8.1 Oreo. It is seen to be powered by an octa-core processor clocked at 2.0GHz, possibly the Snapdragon 625. Additionally, the listing also states that the handset will be fuelled by a 3000mAh battery.

While Xiaomi has not revealed any details about the upcoming smartphone, the listed handset is more likely a Redmi model instead of a Redmi Note variant because the dimensions listed - 147.46x71.49x8.3mm - are quite close to the current Redmi 5. For other features, we will have to wait until TENAA reveals it, including images that will give us an idea of the design. 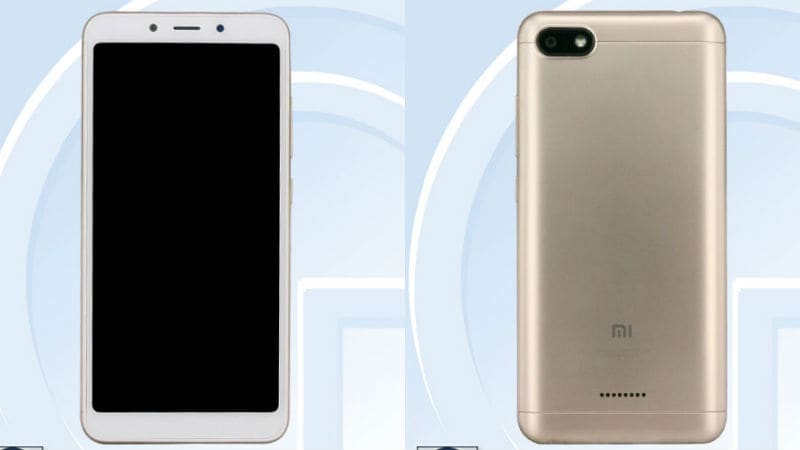 Separately, a GSMArena report has revealed the alleged real-life images of the Xiaomi Redmi 6. These images showcase the front and back of the smartphone and also highlight the display notch. There is a dual-camera setup at the back as well.

Further reading: Xiaomi, Redmi 6
Lenovo Posts Biggest Loss Since 2009 on Higher Component Costs
How to Get a Digital Signature Certificate in India: Process, Price, Getting One for Free, and Other Questions Answered