Xiaomi 'Desh ka Smartphone' Will Be Exclusive to Flipkart 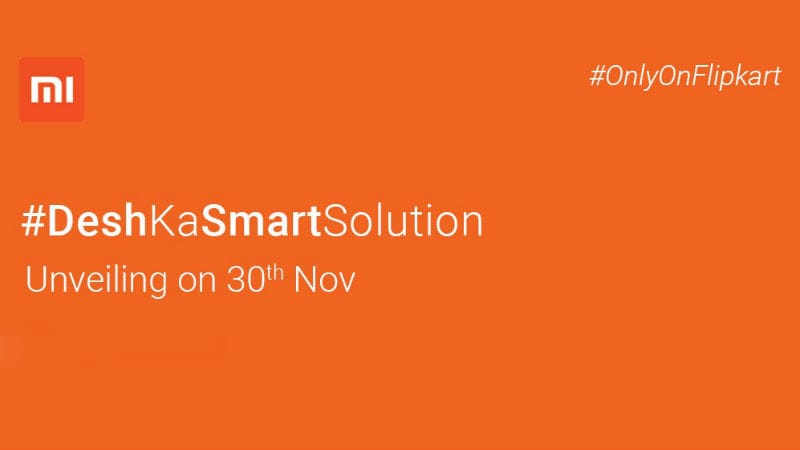 Xiaomi will launch a new smartphone, which the company is touting as 'Desh ka Smartphone', on Thursday. While details about the upcoming handset are scant, Xiaomi has confirmed the model will be launched as a Flipkart-exclusive. Flipkart on Tuesday teased the arrival of the "Desh ka Smartphone" on its online marketplace by releasing a dedicated webpage. However, the page highlights that the new Xiaomi device will overcome the battery life issues that are common among affordable handsets. The online listing also suggests better multi-tasking on the new smartphone.

Xiaomi India Managing Director Manu Kumar Jain revealed the development of its "Desh ka Smartphone" last week. Jain tweeted a teaser through his Twitter account, suggesting an affordable offering in the pipeline. Following the initial teaser released by Xiaomi India chief, the official Redmi India Twitter account posted a video promo that hinted the power efficiency of the new smartphone, apart from confirming it would be Redmi smartphone.

If we believe some ongoing speculations, the "Desh ka Smartphone" is likely to be the Xiaomi Redmi 5A that has already been available in China for CNY 599 (approximately Rs. 5,800). The handset features a 5-inch HD display and is powered by a Qualcomm Snapdragon 425 processor, clocked at 1.4GHz, and coupled with 2GB of RAM. It has 16GB onboard storage, 13-megapixel rear camera with f/2.2 aperture, and a 5-megapixel front camera with f/2.0 aperture. The smartphone runs Android Nougat-based MIUI 9 skin and packs a battery that is claimed to last for whopping eight days on a single charge.

The development of the "Desh ka Smartphone" emerges amid Xiaomi's growing presence in India. Last month, the Beijing-based company became the biggest smartphone vendor in the country, sharing the leadership with Samsung. It shipped over 9.2 million units in the last quarter and opened its third manufacturing facility in Noida, Uttar Pradesh, last week, which is dedicated to producing "Made in India" power banks.