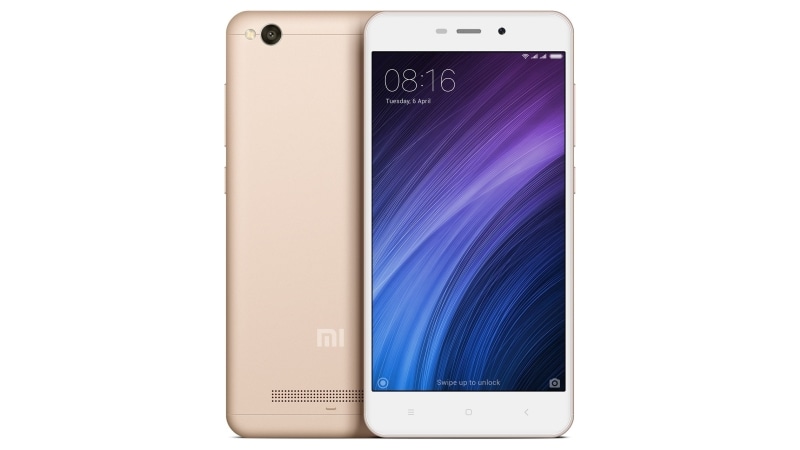 Xiaomi Redmi 4A, one of the most popular budget smartphones in the market today, will be made available to purchase in the country on Thursday, via Amazon India. The Redmi 4A flash sale starts at 12pm IST, and the smartphone will be offered in three colour variants - Gold, Dark Grey, and Rose Gold. To recall, the smartphone was first launched in India back in March at Rs. 5,999, and comes in only one configuration: 2GB RAM and 16GB storage.Since its March launch, the smartphone has been either made available to buy via weekly flash sales, or via special one-off sales.

Featuring a polycarbonate body, the Redmi 4A (Review) bears a hybrid dual-SIM card slot, and runs MIUI 8 based on Android 6.0 Marshmallow. The smartphone features a 5-inch HD (720x1280 pixels) display, and is powered by a 1.4GHz quad-core Snapdragon 425 SoC coupled with the Adreno 308 GPU and 2GB of RAM.