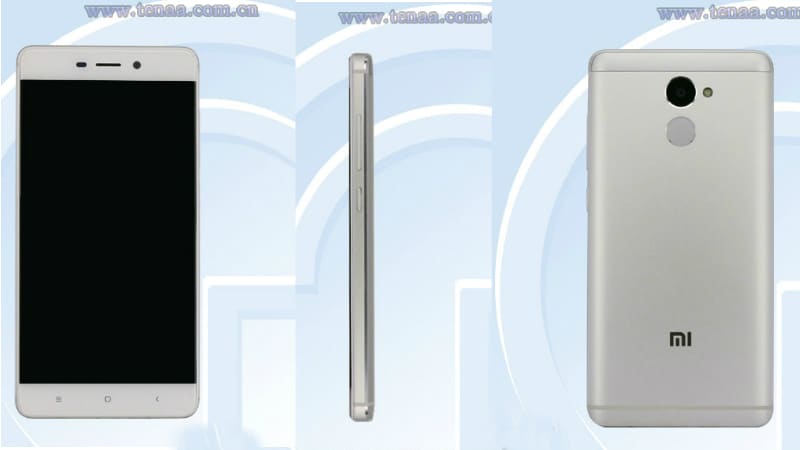 The Xiaomi Redmi 4 has been rumoured and tipped for quite a while. Specifications and photo leaks have been aplenty, and now more leaks have cropped up giving us additional details. The smartphone was certified on TENAA again revealing key specification and pricing details, alongside another variant said to be called the Redmi 4A.

According to the certification site, the Redmi 4 will sport a full metal body with capacitive button at the front, and power and volume buttons at the right. The smartphone is expected to sport a 5-inch (1080x1920 pixels) LCD display. It is powered by a 1.4GHz octa-core Snapdragon 625 processor paired with 3GB of RAM. This is in contrast with the last Tenaa leak that claimed the Redmi 4 to be powered by a Helio P10 processor. It offers 32GB of internal storage with the option to expand further via a microSD card (up to 128GB).

The leak claims that there will be a 13-megapixel rear camera with dual-LED flash, and a 5-megapixel front camera for selfies. It is expected to run on Android 6.0 Marshmallow on launch day, and pack a 4000mAh or 4100mAh battery. Furthermore, the Xiaomi Redmi 4 is expected to measure at 141.3x69.6x8.9mm, and weigh 153 grams. It will be made available in Grey, Silver and Gold colour options.

The site also lists another variant with 2GB RAM, which Krispitech claims is the Redmi 4A. The 2GB RAM Redmi 4 variant is tipped to sport a 5-inch 720p LCD panel. It is expected to be powered by a 1.4GHz quad-core Snapdragon 425 chipset paired with 2GB RAM and 16GB internal storage. It also bears a 13-megapixel rear camera and a 5-megapixel front camera, and is said to measure 139.9x70.4x8.5 mm and weigh 140 grams. A 3000mAh or 3030mAh battery is said to power the smartphone, which will reportedly be available in Rose Gold and Gold colour variants.