Xiaomi Redmi 4 to Go on Sale in India on Tuesday: Launch Offers Detailed 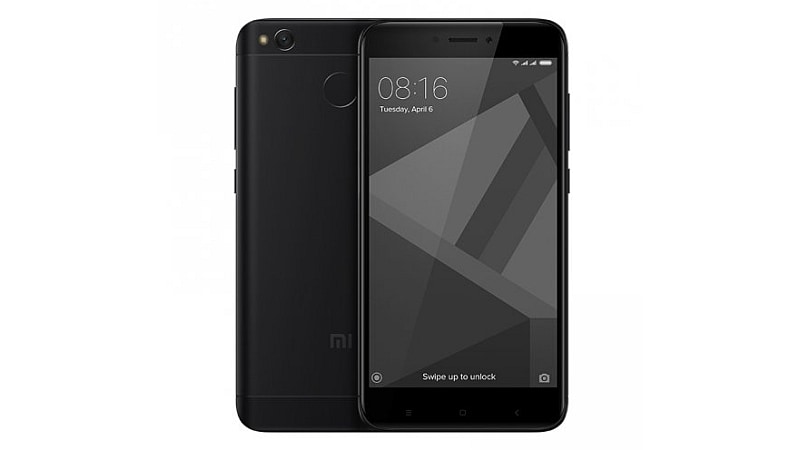 Xiaomi Redmi 4 (Review) was launched in India last week, and will go on sale in the country via Amazon India and Mi.com from 12pm IST, Tuesday. Ahead of the sale, Amazon India has detailed the launch offers buyers can avail.

The Redmi 4 launch offers on Amazon India include discounts on Mi Cases (down to Rs. 349 from Rs. 499), Mi Headphones starting at Rs. 599, flat Rs. 500 cashback with YES Bank debit and credit cards, up to Rs. 5,000 off on GoIbibo flight and hotel bookings, and Rs. 200 credit on the Kindle app. The company has also detailed a 45GB free data offer from Vodafone. Redmi 4 buyers will need to purchase a 1GB or higher 4G data pack or plan, and will get 9GB of free data for up to five recharges or monthly rentals.

The Redmi 4 variant unveiled in China is different from India variant. The India variant is powered by the Snapdragon 435 chipset, making it closer to the Redmi 4X that was launched in Xiaomi's home market in February.

Xiaomi is touting several features on the Redmi 4 smartphone. These include App Lock (password and fingerprint locks for apps), Second Space (allowing multi-account profiles), and Dual Apps (allowing users to utilise two different WhatsApp accounts simultaneously). Special beta preview of Android Nougat-based MIUI will be available to users out-of-the-box. The infrared sensor on board allows the smartphone to be used as a universal remote control.