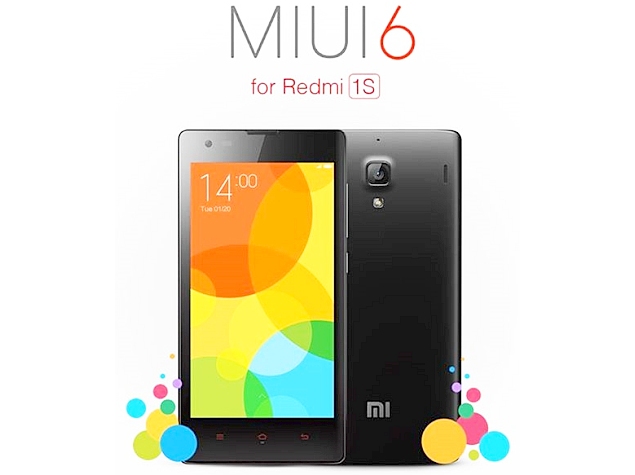 As promised back in January, Xiaomi has started rolling out its MIUI 6 update to its Redmi 1S smartphone across the globe. The firm already pushed out the updates to Xiaomi Mi 3 and Redmi Note 4G earlier this year.

As for the new features, the MIUI 6 update for Xiaomi Redmi 1S brings flash notification light for incoming calls along with IVR (Interactive Voice Response) shortcut feature for India region. Users would be able to report junk messages, add hotspot icon and charging icon in the status bar, apart from controlling music from lock screen. The update has also introduced unlocking gesture recognizing mechanism to avoid unlocking caused by misoperation. Besides the ability to sort music by name, date, and language, users would also be able to share weather condition images. Alarm clock settings can be restored from Mi Cloud when switching to new devices. The complete changelog can be seen on the MIUI forum thread.

Xiaomi India on Tuesday announced a price cut for its budget Redmi 2 smartphone, making the handset Rs. 1,000 cheaper than its launch price. The Xiaomi Redmi 2 will be available at its new price of Rs. 5,999 via the company's online store as well as other leading online retail stores. Xiaomi India launched the Redmi 2 at Rs. 6,999 and the smartphone went on sale in its first flash sale on March 24.