Xiaomi Redmi 1S Receiving MIUI 9.2 Global Stable Update, but It's Based on KitKat 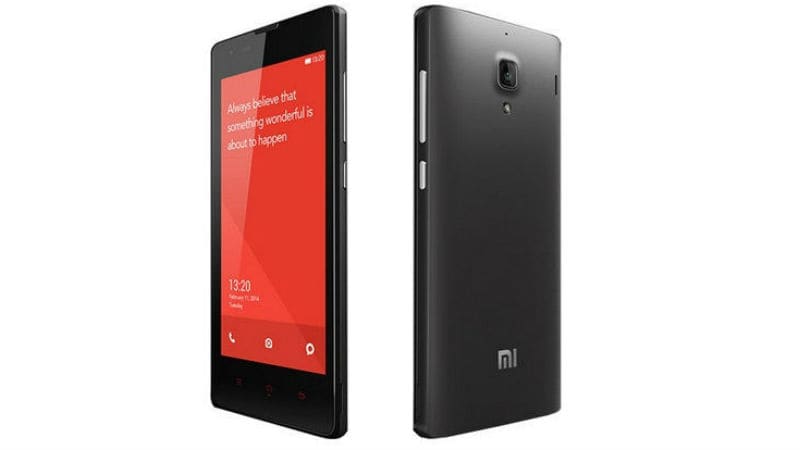 Xiaomi Redmi 1S, one of the first Redmi budget smartphones to launch in India, is said to be receiving MIUI 9 update. The Redmi 1S is a four-year-old handset as Xiaomi had announced it in 2014. While the smartphone is getting the latest MIUI version 9.2.2.0, the OS is still based on Android 4.4.4 KitKat and it features the October 2016 Android security patch.

The Chinese company started rolling out MIUI 9.2 as its next global stable ROM for all its smartphones running MIUI 9 earlier this month. The current rollout of the Redmi 1S' MIUI 9 Global Stable ROM was announced by a senior member on an MI forum, specifying the MIUI 9.2.2.0 (KHCMIEK) version. As per the details posted by the user, the new custom ROM doesn't upgrade the current Android version on the Redmi 1S as it is based on Android 4.4.4 KitKat. Additionally, the Android security patch level is from October 10, 2016.

Meanwhile, another post by a user on the MI forum, reveals the changelog of the MIUI 9 update for the Redmi 1S. The MIUI 9.2 update brings new App Lock features and a new simplified user interface with changes in the lockscreen, status bar, and notification bar. Additionally, Xiaomi has introduced new optimised themes which bring along a redesigned home page and as well updated Peach blossom and Asphalt themes. Also, the Mi Mover app now supports data migration restarting.

Notably, the MIUI 9.2 update for the Redmi 1S update comes with a new improved battery usage feature which allows automatic turning on of Battery Saver Mode when charging. Other optimisations have been included in the Security app, Dual App Setting, Bluetooth Settings, Mi account and Mi Drop.

In order to update to MIUI, users need to be on MIUI 8 Stable ROM to receive this update. The download file is 153MB in size. To update via the OTA update, Redmi 1S users need to wait for a notification. Alternatively, you can check in the Updater app or go to Settings > About phone > System update. Additionally, there are flashing methods to get the update as well, once the recovery ROM or fastboot ROM files are made available publicly.

Meanwhile, the absence of an Android update is understandable as the Redmi 1S is powered by a Snapdragon 400 SoC, coupled with 1GB RAM and 8GB internal storage. The specifications may be the reason that the smartphone is unable to support any Android OS after KitKat.

The Xiaomi Redmi 1S smartphone sports a 4.70-inch touchscreen display with a resolution of 720x1280 pixels at a 312 PPI. It is powered by 1.6GHz quad-core Qualcomm Snapdragon 400 MSM8228 processor and is fuelled by a 2000mAh removable battery. The smartphone packs an 8-megapixel primary camera on the rear and a 1.6-megapixel front shooter for selfies.

Dell May Sell Itself to VMware in a Reverse Merger: Report
Apple Delays Some Major iOS 12 Features for Sake of Performance, Stability: Reports