65,000 Xiaomi Redmi 1S Units to Go on Sale via Flipkart on Tuesday 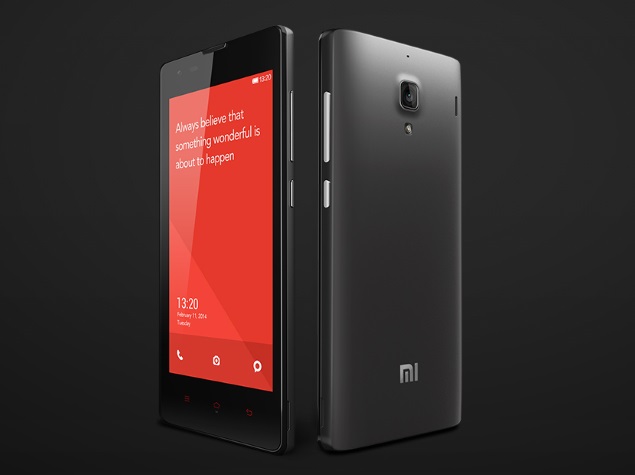 Xiaomi will on Tuesday hold the tenth flash sale for its Redmi 1S smartphones in India, via Flipkart. The flash sale on Tuesday will kick off at 2pm IST for registered users.Xiaomi and The Chinese smartphone manufacturer has announced that 65,000 Redmi 1S units will be available on Tuesday's flash sale. Notably, the company will not be offering a complimentary screen protector and Micro-SIM card adapter with the handset in this sale, unlike previous sales.

The Chinese handset maker in its last tweet asked interested people to register for the sale, and noted registration is open till midnight Monday. It said, "You have up till midnight tonight to register. Go go go!"

The Flipkart registration page notes that only one smartphone will be available for sale per email ID and also advises users to log in at least 2 hours before the flash sale begins.

It's worth mentioning that the company did not announce the time taken for the Redmi 1S to go 'out of stock' in the last three flash sales, which might be a sign of fading demand for the Xiaomi Redmi 1S, after the first six flash sales saw thousands of smartphones being snapped up in seconds.

The company's budget Redmi 1S smartphone, priced at Rs. 5,999, follows in the Mi 3's footsteps for breaking sales records with the entire inventory going out of stock within seconds in previous flash sales.

Recently, a market research firm claimed that Xiaomi replaced Huawei to become the third-largest mobile phone vendor in terms of smartphones sold in the third quarter. However, Lenovo soon after announced its acquisition of Motorola was complete, propelling it to the number three spot with combined sales. According to market researcher, Xiaomi sold 19 million smartphones in Q3 this year to leave behind Huawei who sold 16.8 million smartphones in the same period.